Op-Ed: It's Time For Kenya to Get More Respect As an African Music Powerhouse 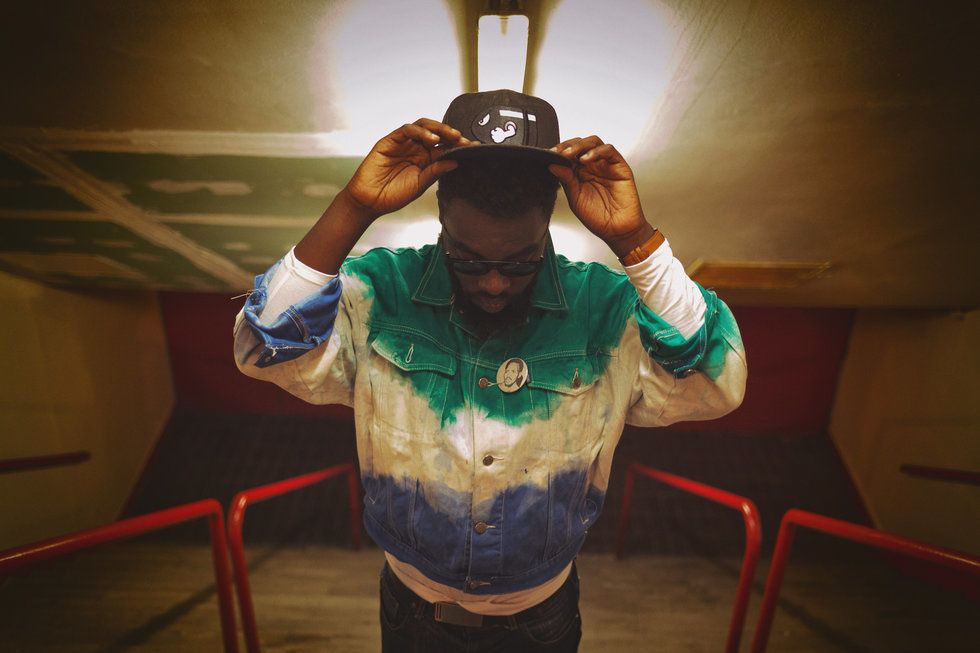 Kenyan music right now is arguably better than what's coming out of Nigeria, so why isn't it being played in Nairobi clubs?

There is something that has been driving a lot of people involved in the Nairobi arts scene up the wall and into a state of deep-seeded spite and loathing: that Kenyan music isn't played in Kenyan clubs.

Why not? How has the country so steeped in musical tradition cut around its own sound? This is a confusing matter, with no easy answer.

The Kenyan music industry is underdeveloped, yes, but not at all for a lack of talent. One needs to look no further than the last couple of months to see plainly that the Kenyan music scene is going through a truly incredible period right now, and that upward trend looks like it'll keep its trajectory upwards on into 2019.

Recent months has seen the release of new music from Blinky Bill, Stella Mwangi, Fena Gitu, Karun, Sauti Sol, the list goes on and on. Not to mention the dope new sounds of Kenyan house getting spun right now by the likes of EA Wave, DJ Coco Em, and Suraj on the dance floors of Nairobi and the Kenyan coast—and that is still before mentioning that there looks to be a continuance of brand new material next year. Yet Kenyan music isn't played in Kenyan clubs. Nairobi dance floors are utterly dominated by another nation's music: that of Nigeria.

Look, no one is saying that Nigeria's music is bad—especially the old school stuff, it is truly hard to hold a candle to back-in-the-day afrobeat—I'm just saying that right now Kenyan music is better.

I'm going to quietly step away from the keyboard while people lose their collective minds and scream into the void of the internet (I promise, I'm listening carefully, and my day revolves around your opinion). Now that you've calmed down a bit, let me repeat: right now, Kenyan music is edging out Nigerian jams, and Kenyan artists deserve a hell of a lot more respect than they're currently getting. It's mind-boggling to me that the musical offerings out of the +254 are seemingly never even mentioned in the upper-echelon of African music.

We hear about the South African artists, the Nigerian, the Malian, the Tanzanian, but never, ever about Kenya. Here's a question: why? Is it because Kenyan music just can't seem to market itself anywhere beyond the furthest Nairobi suburb? Perhaps. In fact, this could be a major factor in the lack of prominence around the region that Kenyan music has been weighed down by.

Nigerian music is marketed better. This is a fact, and it's very hard to argue the influence of the sound coming out of Lagos internationally. The Naija industry deserves a lot of credit for what they've been able to accomplish on the global stage in the last decade.

Marketing, however good it is, doesn't translate into music that's better than other countries. It results in a lot of catchy songs, good beats, hell they might even get a bar popping nightly with their music.

But now more than ever, Kenyan music is coming out and making bold statements, bringing with it eclectic new beats and freshness. It is musically adventurous to the ear and simply begs the question of what can possibly can come next. No one really knows, and that's the beauty of it. Music can rise to that level, to combine outlandish new sounds and make something entirely new that no one's ever heard before. Staleness is the enemy, it always has been. That's the greatest fear of any musical act rapidly approaching the age of 40, that the spark will go, the audience will thin out and they'll start doing the 'legacy act' circuit; playing their 12 good songs, and the five catchy bad ones, to a perpetually aging audience while constantly wondering if they're just living a lie.

Kenyan music right now is the polar opposite, the best artists are putting out their best work. The artists who deserve to be in conversation are finally starting to get in a word edgewise and steer the narrative. The time is now. The iron is being struck and truly dope shit is being hammered out in studios and in bar-based jam sessions around Nairobi.

A lot of readers will see this writing and immediately assume it is some sort of dig on Nigerian music and the audience who loves it: this is not that piece. This is a piece aiming a critical eye at the musical audience in Kenya and asking the simple question: why isn't the music of the country getting love from within? Why are international artists (including those from Nigeria) being flown in to play the top gigs and getting paid exponentially more than local artists to do so? Is there truly that much of a disparity in talent between the two nations' artists? I don't think so.

One thing that can never be contended regarding the Nigerian audience is that the music of the country is promoted within as a point of pride. The market embraces their artists wholeheartedly. Kenya simply doesn't. Many Nairobi musicians have been baffled by this, while looking at dwindling performance fees, the national body in charge of royalties cutting them to the bone and having friends ask them for a 'free ticket' to their livelihood. Musicians are like plants, they need support to grow. What's happening now is a slow death, mired in the best of Kenyan artists having to work a day job because the gigs just aren't cutting it anymore.

With all of the incredible music being released by Kenyan artists, why do it feel as though one has to do heavy-lifting detective work just to stumble across songs outside of the four or five prominent Nairobi acts? What is going on here? The real core of this question lingers at: why is there such doubt about Kenyan music being a worthwhile listen? Truly, this needs to change and change quickly. There is a space for another sound to compete as the among the best coming out of the continent, this sound is Kenya's, but it is being muffled by stagnation and a lack of support from within.

Things are not trending upward for the livelihood side of Kenya's music industry. Some of the best artists in Africa are being squeezed out of their own creativity right now, drowned out by the sounds of Nigerian jams drowning out the airwaves and garnering all the attention. The time is now, but without a change, the Nairobi sound just won't be able to get the love it deserves.