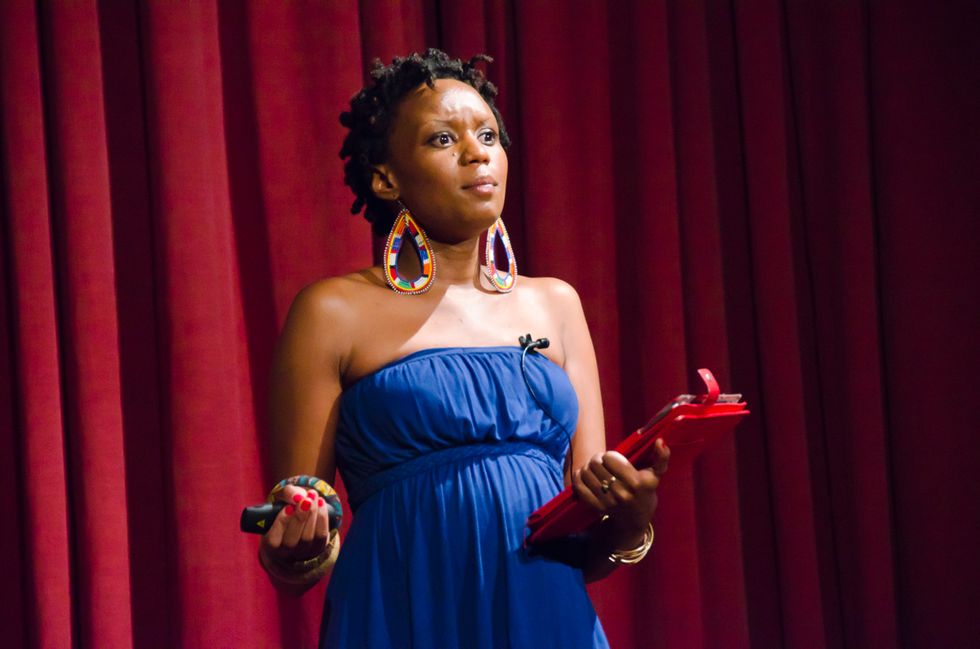 Kahiu, one of OkayAfrica's 100 Women, will direct the film adaptation of the young adult novel, starring Millie Bobby Brown.

African women are making serious waves in Hollywood, and not only in front of the camera, but behind it as well.

A bright example of this is Kenyan filmmaker, Wanuri Kahiu, the creator behind the groundbreaking Rafiki—and one of OkayAfrica's 100 Women 2019—who has just snagged another major movie-making gig. She's signed on to direct the film adaptation of 'The Thing About Jellyfish" at Universal which will star Stranger Things actor Millie Bobby Brown.

READ: Wanuri Kahiu Speaks on the Overwhelming Response to 'Rafiki' at Cannes

The film is about a young girl who discovers the power of her imagination after her friend dies in an accident. Here's the full synopsis, written by Ali Brown, via Shadow & Act:

Everyone says that it was an accident... that sometimes things "just happen". But Suzy won't believe it. Ever. After her best friend dies in a drowning accident, Suzy is convinced that the true cause of the tragedy was a rare jellyfish sting. Retreating into a silent world of imagination, she crafts a plan to prove her theory--even if it means traveling the globe, alone. Suzy's achingly heartfelt journey explores life, death, the astonishing wonder of the universe...and the potential for love and hope right next door.

This isn't the only project the director is working on for Universal either, she is also slated to direct Covers, a love story set in Los Angeles.

Kahiu broke barriers with her second feature film Rafiki, which told the story of a young lesbian couple in Kenya. The film, was banned in the country, but has gone on to earn international acclaim for both Kaihu and the film's actors. "What's incredible about the response is that people are so excited about watching 'happy Africa,' Kahiu told OkayAfrica last year. "That's been the most curious thing. I haven't been reading reviews because I tend not to, good or bad, but somebody said there is a French journalist who wrote an article which said, 'How do Kenyans fall in love? The exact same way we do.' And that was exactly what I was trying to communicate with this film. It doesn't matter where in the world you are, we all kind of fall in love in the same way. We all kind of have joy in the same way."