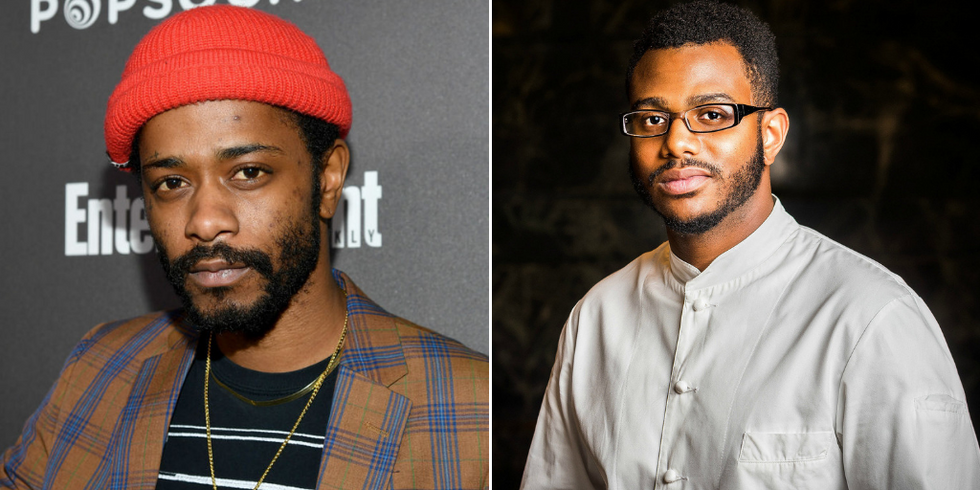 The remarkable journey of the 2019 Rising Chef of the Year is set to be told on the big screen.

Kwame Onwuachi, the acclaimed rising head chef of Kith/Kin, is set to have his remarkable story be developed for the big screen, Variety reports.

Onwuachi's memoir co-written with Joshua David Stein, Notes From a Young Black Chef, has been picked up by A24 and will be adapted into a feature film starring none other than Lakeith Stanfield. Randy McKinnon will pen the script based on the book.

The Nigerian-Jamaican takes us through his childhood living in the Bronx with his mother to launching a fine-dining restaurant at just 26-years-old in his book. In between, we learned in a 2018 interview with OkayAfrica that his mother sent him to Delta State in Nigeria to live with his grandfather, where he learned how to whip up traditional Nigerian food at 12, which had him hooked. "I hope that people can feel the soul behind my cooking and dishes," he says touching on his food at Kith/Kin. "My menu is honestly a correlation of autobiographical anecdotes."

The story encompasses the extreme highs and lows of his path to becoming a chef in a mostly white, elitist industry, including financing his first catering business by selling candy on the subway, appearing on 'Top Chef,' and his first restaurant, Shaw Bijou in D.C., closing just 11 weeks after its opening.

Though there has not been a director named for the film yet, Stephen "Dr" Love will produce with Stanfield and Colin Stark as its executive producers.