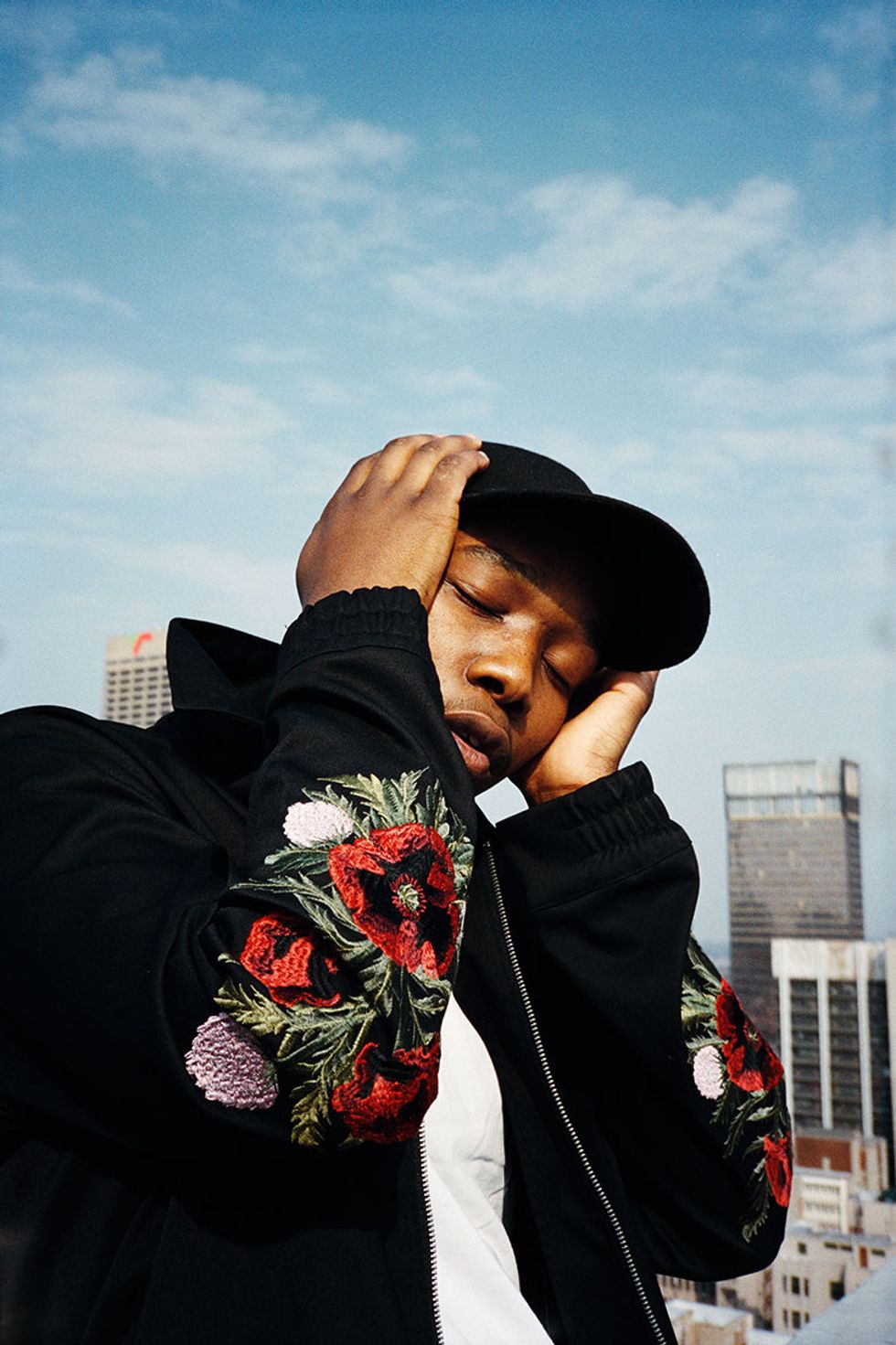 South African musician Langa Mavuso has a complicated relationship with love in his new EP, 'Home.' We talk about his process.

In our series The Artist is Present we revel in and get to know the minds behind Africa’s creative world in fashion, art, music prose and more. We dive below the surface with African artists to talk about their process and purpose.

In this installment, we link up with up-and-coming South African singer-songwriter Langa Mavuso.

“As far as my music goes, I’m inspired by the experiences I’ve gone through. But if I had to sum it up in a word, I’d say 'Love.' My work is inspired by the different phases of love I’ve been through.”

To be clear: when the 23-year-old Mavuso speaks of love, he’s not speaking of the Disney-variety that always ends with the couple looking longingly into each other’s eyes before riding off into romantic bliss. In Mavuso’s world, love is many things, but 'easy' is not one of them.

His breakaway debut EP Liminal Sketches, which features production from Spoek Mathambo, is about losing love and finding the will to move on. “I wrote that EP as a way of mourning a lover who passed away a few years ago. It was an attempt at catharsis. That was my way of interrogating how something so beautiful could find its way into your life and be taken away so easily.”

Fast forward to 2017—an EP and a breakup later—and Mavuso is fast becoming one of the hottest talents in South Africa’s music scene. We caught up with him to talk music, loss and love.

You’ve got a genre-blending sound. Who are some of your musical influences?

I’ve got a number of different influences and I think that comes across in the music. My influences range from dvsn and Frank Ocean to Billie Holiday and Miles Davis. But I was bumping Anderson.Paak’s Malibu quite extensively when I made Liminal Sketches. I’d just met ILLA N (the EP’s main producer) and we were feeling Malibu’s vibe so, in some way, that also informed the making of the EP.

Your debut EP was about losing love. What’s your latest EP, Home, about?

Home is about being betrayed by love. It’s actually a bit funny how that EP came about. I recorded that EP after going through a horrible breakup. So, as one does, I reached out to a friend to talk about it. The friend in question is (South African jazz artist) Zoe Modiga. I told her about the break up and she encouraged me to put it into the music.

Yeah. In fact, "Home" (the first song on the EP) was initially hers. She played me the demo version for me from her laptop and had already written the first part of the song. I recorded the second half and—on the first version I recorded—she was on backing vocals. The track—in it’s current form features guitar from Dylan Fine. It just made sense to re-record it and clean it up a bit.

Speaking of home, you were studying jazz at the University in Cape Town but came back to Johannesburg and saw your career immediately take off. Did coming back ‘home’ help in that regard?

I left UCT because I was depressed. I’d been studying there and I fell into a depressive episode. I think everything that I wrote about on Liminal Sketches finally caught up with me. There was no hiding from the grief anymore.

My mom called me up one day and asked how I was doing and although I told her I was fine, she saw right through it. So, she told me to come back home. I was meant take six months off school and it’s running on 18 months now.

I don’t regret any of it. I felt stifled. What’s the point of being at a music school if it’s not bringing out the best in you?

Are you happy now?

I’ve settled into myself quite a bit over the past year so, yes. I’d say I’m finding ‘home’, slowly but surely. I’m starting to think that ‘home’ in my case isn’t a building or place but a support system made up of the people who care for me.

What’s in the pipeline? Anything we should look out for?

Plenty. I’m working on my as-of-yet untitled album. It’s going to be about yearning for love. I’ll definitely be working with ILLA N again (who produced the majority of Liminal Sketches). I’m also in studio with Black Coffee right now–but that’s for his project.