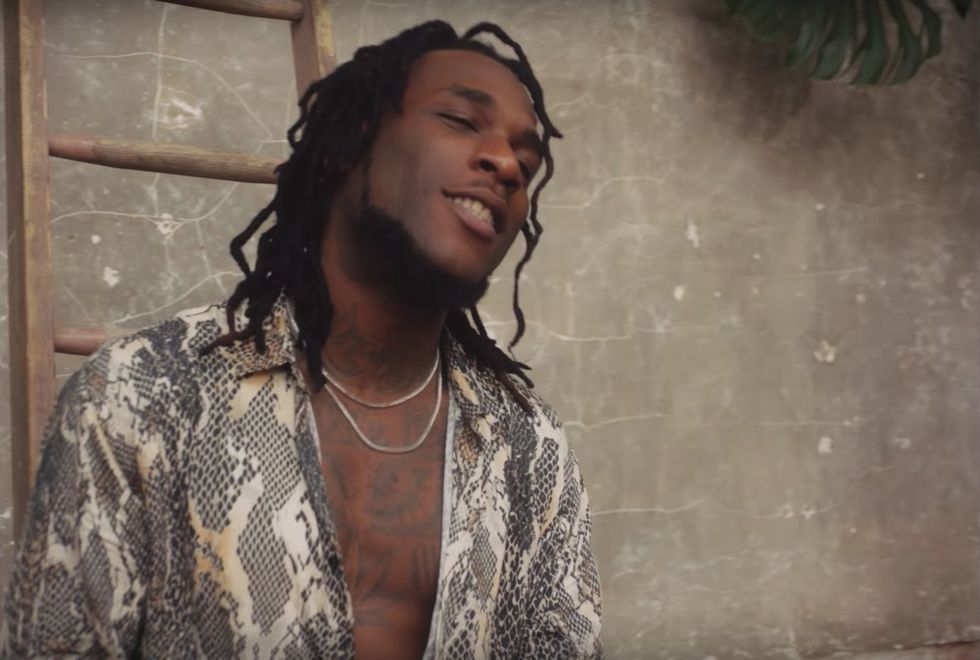 Burna Boy treats us to a sweet love song with his latest single "On the Low."

Burna Boy comes through with another feel-good song and music video just in time for the weekend.

After dropping the sultry hit "Gbona" back in September, the "afro-fusion" star delivers once again with "On the Low," produced by Kel P.

With "On the Low" Burna slows things down, singing about his affection for a special girl in his life. The love song is a different pace than we're used to hearing from the artist, but just as enjoyable nonetheless. The Meji Alabi-directed music video shows Burna Boy in a series of warm settings while he serenades a special lady. He serves a number of fashionable looks, as always.

Burna has had a notably prosperous 2018, positioning himself as one of the best in the Nigerian music scene, performing sold-out crowds in London, dropping one of the most noteworthy albums of the year with Outside, and making several guest appearances on tracks from Major Lazer, Lily Allen, as well as 2Baba and D'Banj.

Watch "On the Low" below.