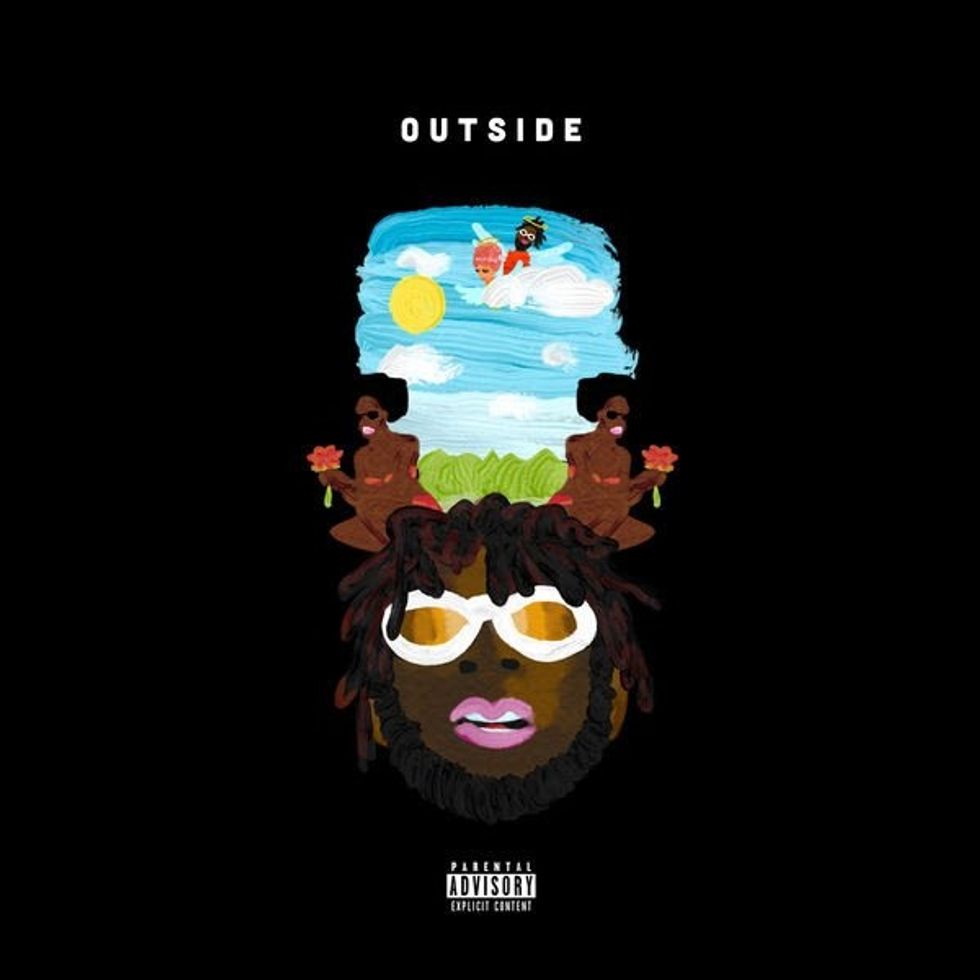 On his album Outside, Burna Boy meshes different genres without losing his sound.

In his latest full-length Outside, Burna Boy confirms his prowess as a genre-hopping genius. He effortlessly dabbles in afropop, dancehall, R&B and ragga, all with a tinge of the thumping bass prevalent in recent hip-hop releases. He does all this with a purposeful approach, linking his sound to a number of themes throughout.

The album opens with "More Life," a slow piano-based intro that couldn't actually prepare you for the pleasant surprise this album is. The song's title is a nod, of sorts, to Drake's "playlist" of the same name that Burna did some (uncredited) work on. The Don Gorgon doesn't dwell too much on this controversial state of affairs, however, choosing to carve his own path instead. This body of work is a perfect advert for meshing various influences in an upbeat celebration of both his roots and unmatched versatility.

The Only Feature on the #1 Billboard Album in the Whole World and at the same time my Solo Project #Outside is #3 Album on the Billboard reggae charts in the WORLD . 2018 just begun. God is Great🙌🏾.
— Burna Boy (@burnaboy) February 8, 2018

Outside works in an incredible way, and is perhaps best listened to bearing in mind the thematic and sonic relationships these songs share. This is apparent on "Streets of Africa" which sees him riffing off the playful, cartoon-sounding beat trend popularized by Lil Yachty. Amidst a banging bass line, Burna proclaims, "I'm Fela Kuti with the hoes"–enough of a catchy line to deserve its own write-up.

That reference would not only excite the head in you but places him in a historic context. He's the latest Nigerian to grace the Billboard Charts as the sole feature on Fall Out Boy's number one album Mania. It's a long way from the trials and tribulations Burna Boy addresses on "Where I'm From." He speaks of his humble beginnings with the haunting refrain, "Where nobody believes in us, so we believe in ourselves/ Opportunity is a scarce resource."

It's the album's emotional pivot, as Burna explores the feeling of being trapped in one place but trying to reach another. These reality checks hardly dampen the mood, as his emotive forays into love keep the listener feeling optimistic. The pick of the slow jams is perhaps "Giddem," which interpolates the chords of Tamia's seminal "So Into You."

Not far off is "Sekkle Down," featuring J Hus, which is as summery as the illustration on the album's cover art. Sonically, "Koni Banje" has the infectious drums and guitar strings reminiscent of traditional West African sounds. The sultry trumpet that drives the melody is a perfect counter-balance for the ever-present keyboard riffs and patient bass line.

For their part, "Ye" and "Calm Down" are driven by some excellent vocal sampling, showing off luscious harmonies. They're great examples of the refreshing sound on the album, which continues with "Rock Your Body," a laid-back and sexy record that transports you to a tropical realm.

The patois-laden "Heaven's Gate," an unlikely pairing with Lily Allen, ups the ante as an unrelenting dancehall record that displays the Nigerian artist's multi-faceted skill-set. It's a gritty and menacing cut that reminds us Burna's "been bad from a youngin." This track not feeling out of place proves Burna is adept at meshing a plethora of genres without losing his unique sound. That, and the relatability of his subject matter makes for a great listen.

The easily digestible 13-track album aptly closes with "Outside," which has tinges of electro. On it, he ponders why "The good die young, but the dead getting younger/ Age ain't nothing but a number." That line best sums up Burna Boy's efforts. On this project he offers some striking observations—experienced by many—and asks us to keep dancing throughout our journey with him.

Listen to Outside below, and purchase it here.