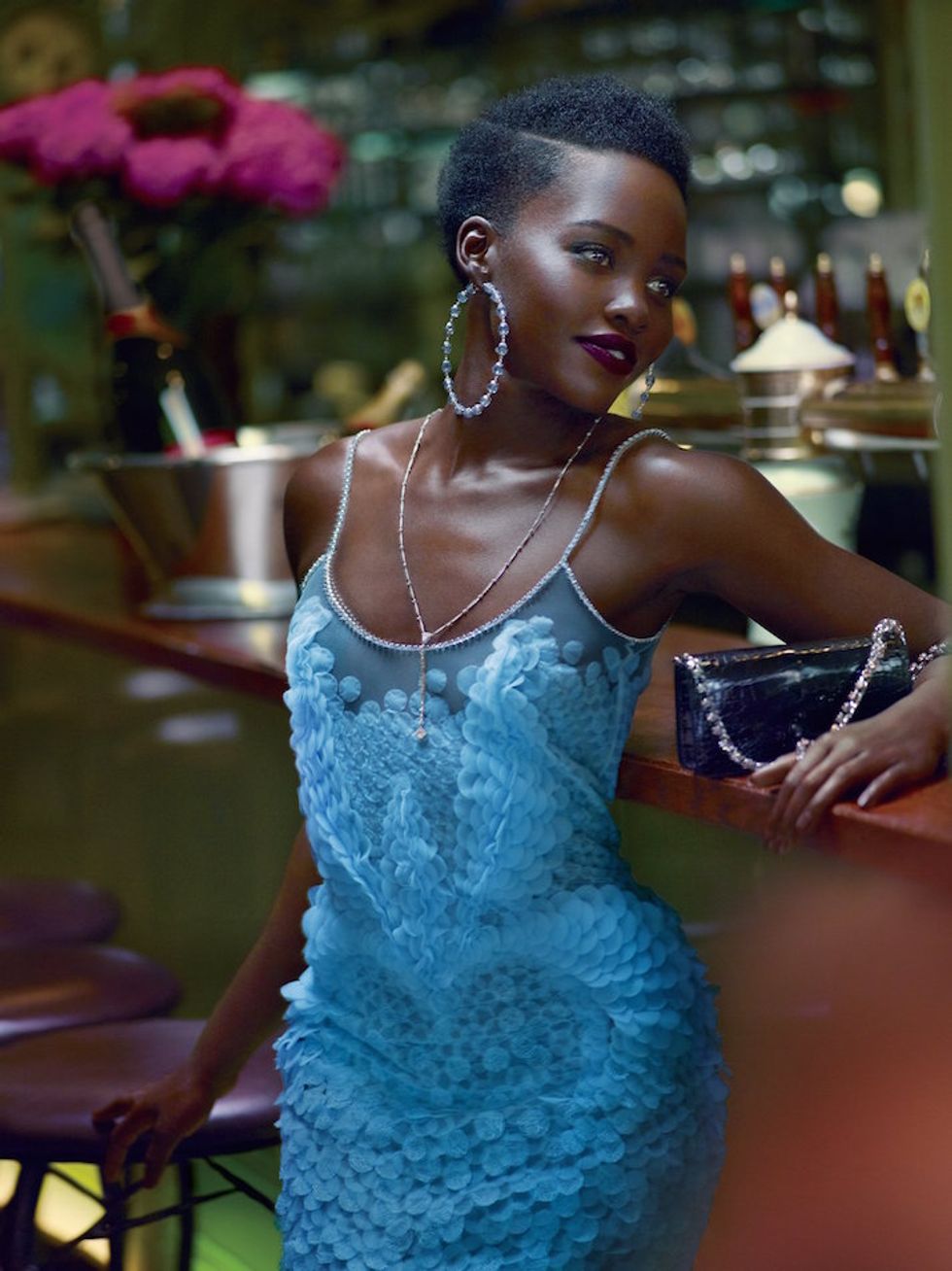 Vogue has revealed its October issue cover girl to be none other than Lupita Nyong'o. The Oscar-winning actress first covered the renowned fashion magazine last July.

With her upcoming roles in the Disney films Star Wars: The Force Awaken, The Jungle Book and the Ugandan chess biopic Queen of Katwe, as well as a theatrical turn in Zimbabwean-American playwright and Walking Dead actress Danai Gurira's play Eclipsed, it's safe to say that Lupita season* has officially arrived.

In her latest cover story, Lupita talks with journalist Plum Sykes about everything from fashion (“I didn’t know the power of couture until I tried on a couture dress. It made me cry.”) to her younger years as a creative growing up in Kenya.

“When I was that age I would have liked someone to talk to me," she said. "Because what I found when I was growing up was that there was no real understanding of what it meant to be in a creative field.”

Another topic Lupita addressed was whether she had a preference for Africa or America: “I definitely feel there’s a lot of America in me,” she told Sykes. “The idea that you can be self-made is very vibrant in America. You can do anything that you want to do. That spirit pushes you on. But it took me leaving Kenya to really appreciate the glory of the place. Ultimately, I will always be a child of Kenya.”

*In case you were wondering what Lupita season entails, get ready for the actress' impending slayage to spark a major frenzy on Twitter. Here's just a taste of Twitter's reaction to the Vogue October cover:

Honestly, Lupita just changed the game with that editorial. It is utter perfection. I cannot even. I WISH I COULD. I CANNOT.

@GlamBoyEmman LUPITA NYONG'O!!!!!!!! ????you spoke about supporting our own. Then she stamped all over that Vogue cover! Blown away — karabo Motaung (@Karabo_Mtaung) September 17, 2015

Buying that Vogue because I need those Lupita pics in real life.

Lupita on the cover of #VogueMagazine and that spread!!!!! Tens across the BOARD! — Kimberly Nichole (@KimNicky) September 17, 2015

Lupita is serving nothing but #brownbeauty on that Vogue cover!!!! ???????

Lupita is and will remain everything . — Mic Capishe (@GoddamnitMica) September 17, 2015

And make sure to check out this incredibly charming video of Lupita in Vogue's "73 Questions" series: