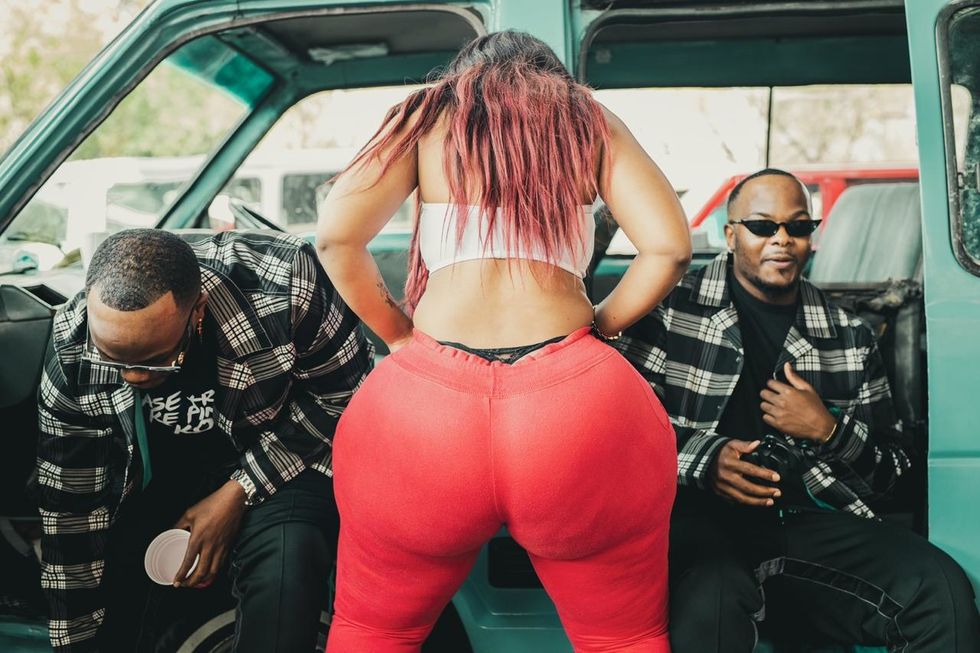 Major League DJz's latest single is "Overload," which the DJ and producer duo just highlighted with visuals. The song features Focalistic, who's affiliated with the duo.

Focalistic raps about spending time with the flyest girls. In the one-liner hook, he chants "overload," which is a reference to a woman's big derrière, as can be seen in the video. A woman in red pants turns heads as she parades her "overloaded" behind in a taxi rank.

"Overload" is a single from Major League DJz' latest EP Ase Trap Ke Pina Tsa Ko Kasi, which was released in July. The six-track project's name is fitting. The EP consists of songs that reference house, amapiano and kwaito (genres associated with the hood) using hip-hop as the main base.

Focalistic's music references a lot of South African genres. The rapper, who's based in Pretoria, is one of the most promising artists among the new crop. His affiliation with Major League DJz doesn't hurt either.

After releasing a string of singles in 2017 and 2018, Focalistic shared an EP with his fans in May. The project is titled 18 Area, which speaks to his history as a soccer player before opting to rap instead.