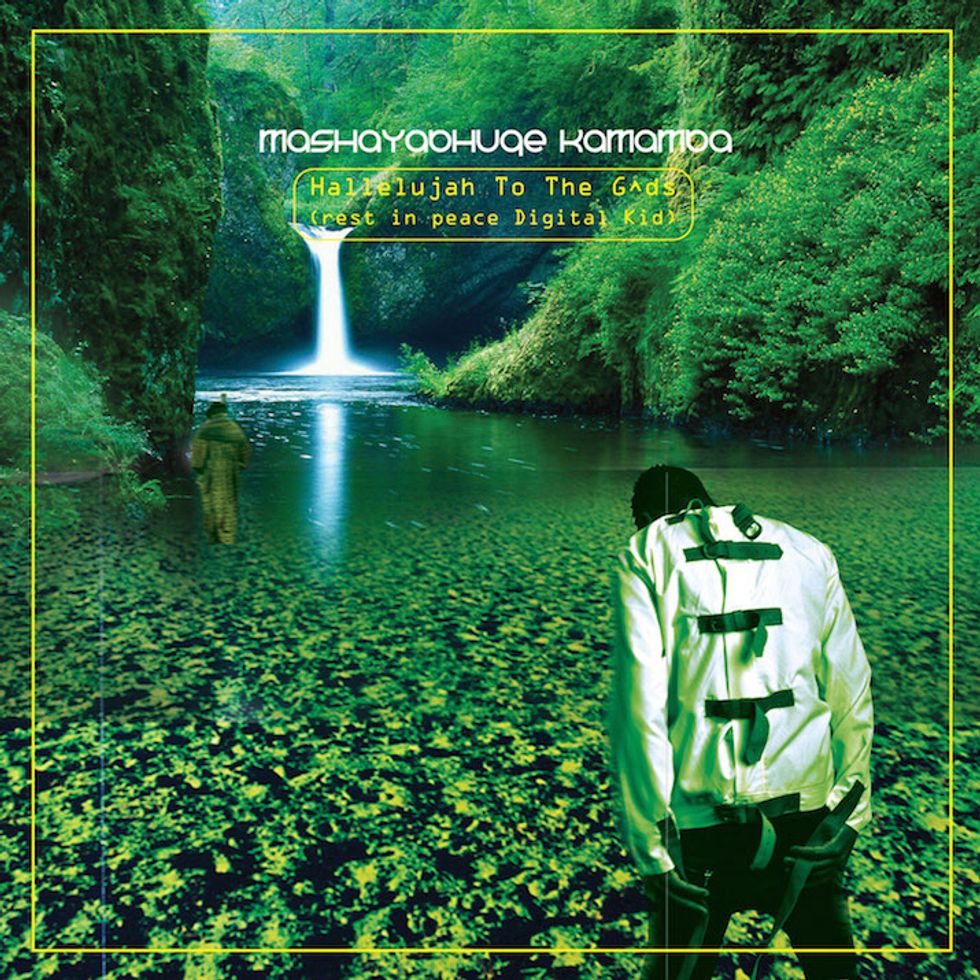 Mashayabhuqe KaMamba pays his respects to a young fan and reflects on cultural practices in South Africa on "Hallelujah To The Gods."

On "Hallelujah To The Gods," the Johannesburg-based artist pays his respects to a young fan who died at an initiation school in the Eastern Cape shortly after writing him a message saying how excited he was to begin the traditional Xhosa rite of passage to become a man.

"He basically told me how much he’d love to come up to Joburg and see one of my shows," Mashayabhuqe said in an email to Okayafrica. "But the conversations were irrelevant until he saw my tweets about how saddening it is to see news headlines on this matter (The boys not coming back from initiation school). That’s when he started telling me about what he was about to go through and how excited he was about becoming a man... Unfortunately, the boy who messaged me passed away. Later I read in the newspaper about the many other boys who didn't return from the initiation schools."

Mashayabhuqe tells us the boy's death inspired him to write a record on cultural practices. "This topic, though controversial, is important," the artist says. "The young man's message gave me strength to talk about things that, despite how touchy they are, are important." In an email to Okayafrica, the artist elaborated on the song's message:

"This was directed to the kids in urban areas who still want to learn about their cultures, why? Because they are not exposed to as much culture as others, and we cannot blame them for not knowing all that much about where they are from. I believe that parents should find traditional ways for children to connect to culture in the modern age. My whole thing has been about understanding what defines me as a Zulu man. How do I introduce my newborn child to my family and ancestors? There is no template or study-guide with all this information. Sometimes the best way is to just ask the elders and pass it on to the next generation so that we don’t lose the essence of our traditions."

Produced by Mashayabhuqe's Black Excellence Show collaborator MarazA, the track tells the stories of two young South African boys. On the first verse, "the song takes you on a journey of a young boy who is being teased at school for not being a man," Mashayabhuqe says. "He has not gone to initiation school. He longs to go to the 'mountains' but he had recently read about all the boys who have not returned from the ceremonies due to infections and other related circumstances." The second verse, he says, talks about "a young boy who never became a man, paralleled with a man who is struggling to keep peace in his relationship regardless of the love felt."