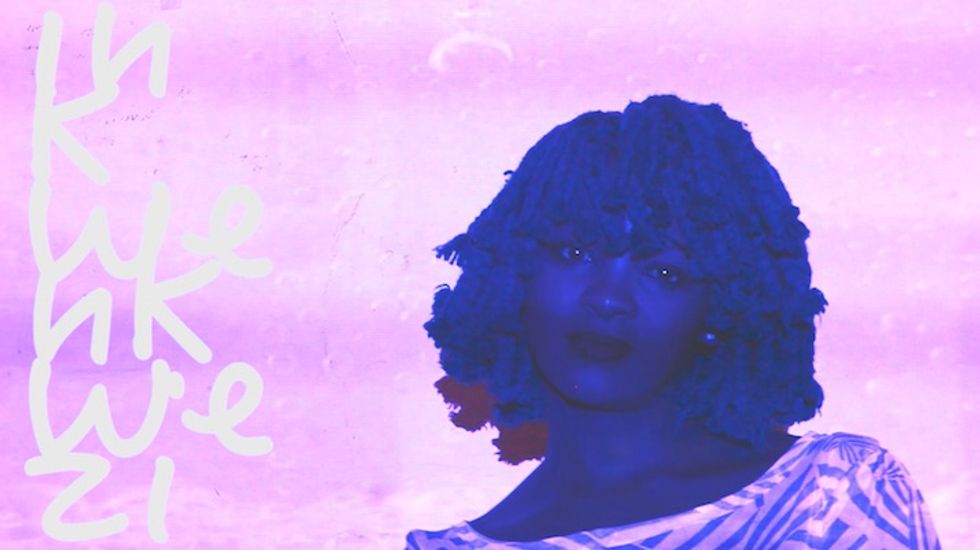 “As Moonchild explains it, when you're in the city, you struggle to see the stars in the night sky; much like how these days there are no real stars -- as in personalities and role-models. You keep searching for them but you just can't really see them,” Maramza told us back when the single first dropped two years ago. “[The track is] a narcotic, syrupy mix of wavy bass music and divine, ethereal vocals.”

The trippy music video for “Inkwenkwezi” is now dropping as part of Maramza’s new Low Magic EP, which also features tracks with Bonj Mpanza and Boolz.

The gooey textures of the new clip, which perfectly match the song’s haziness, were crafted by artist Morgans Momm and the video was filmed across Cape Town & Johannesburg by Angus MacKinnon & Georgina Warner.

Watch our premiere of "Inkwenkwezi" below and revisit our 'Blue Velvet' fashion editorial with Moonchild in New York City.