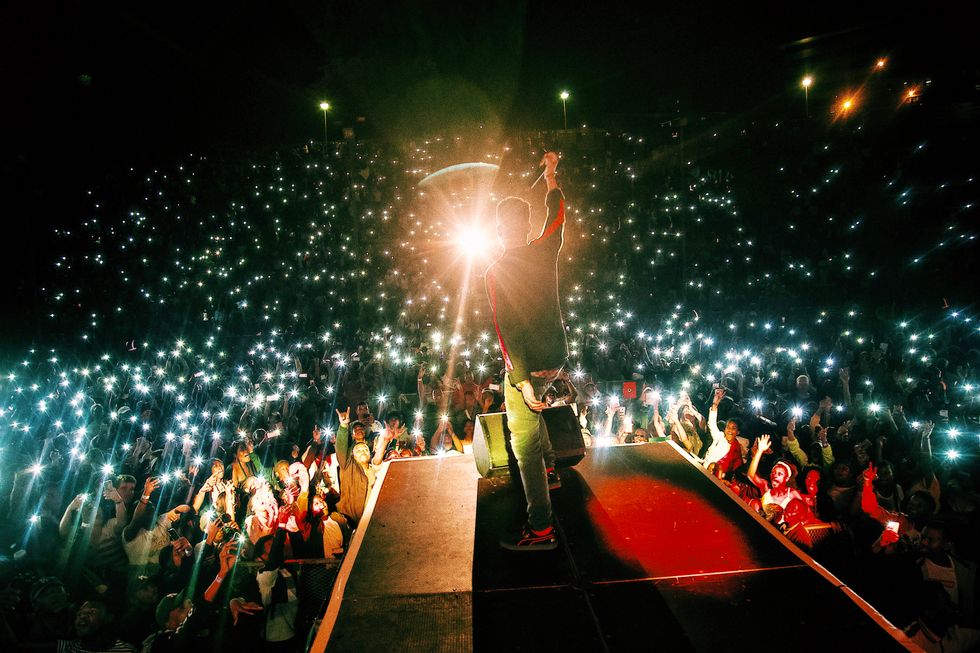 Nasty C's Ivyson Tour is back in September.

Nasty C's popular Ivyson Tour is back. The rapper and producer will be hitting six South African cities between September and October.

"I'm so excited to present the third instalment of Ivyson Tour," Nasty C said in a press release. "Each year it gets bigger and better and I have some new and exciting things for my fans this year."

The Ivyson Tour started in 2017, and was a great success, with most of its stops selling out. The tour didn't only end in South Africa, but Nasty also hit Namibia last year.

Nasty's sophomore album, 2018's Strings and Bling, was announced to have gone multi-platinum on the anniversary of its release. The emcee is also releasing his third album before the end of 2019, in which he worked with No I.D., T.I, and other surprises.

Below are the Ivyson Tour dates:

Buy tickets to the Ivyson Tour here and revisit our interview with Nasty C here.