On The Red Carpet At The Nigerian Entertainment Awards 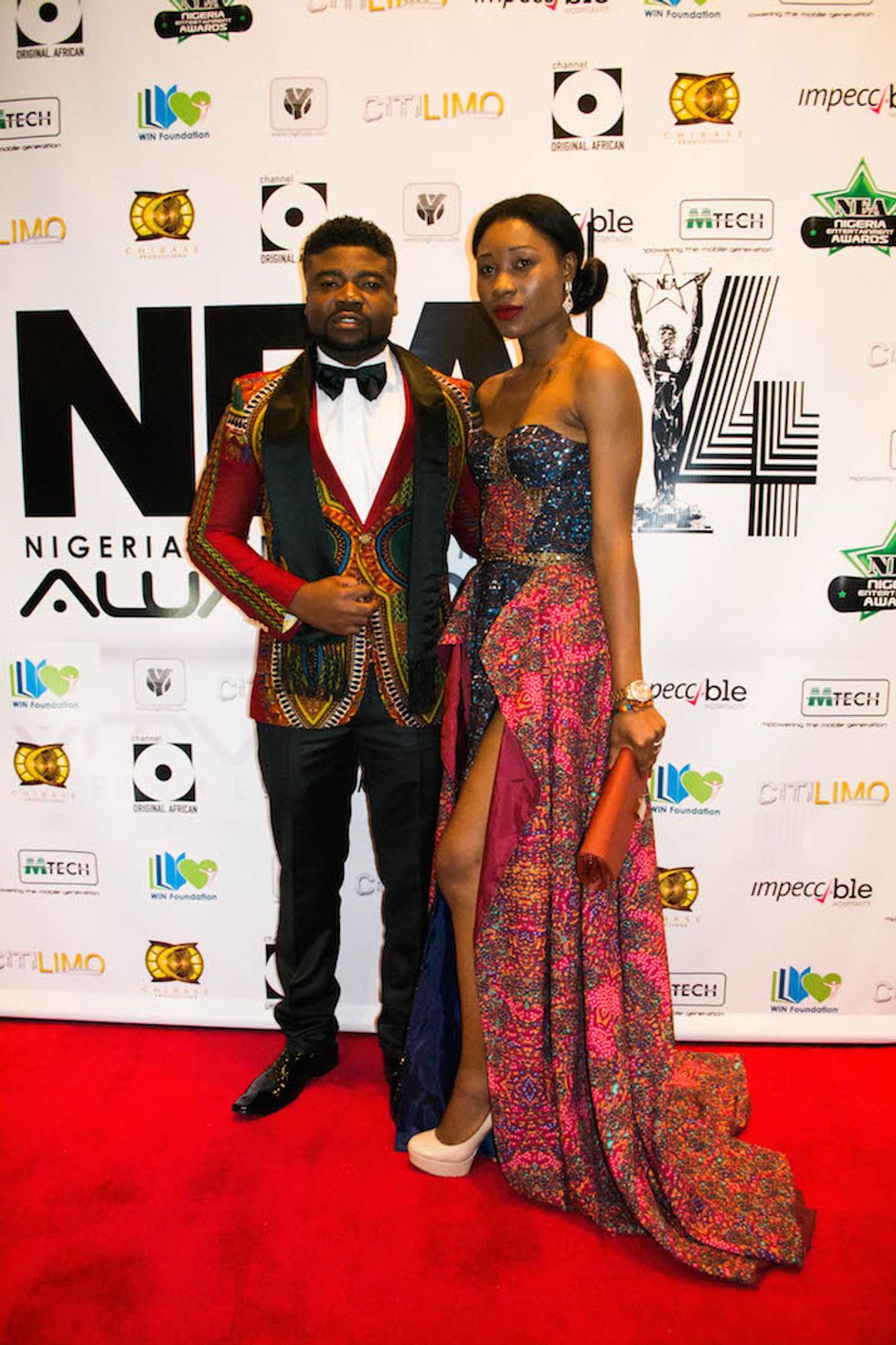 Okayafrica takes a look at the red carpet at the 2014 Nigerian Entertainment Awards in New York City with Denrele Edun, Shatta Wale and more.

All photos by Rashaad Denzel for Okayafrica

On a rainy Sunday afternoon in New York City, the 9th edition of the Nigerian Entertainment Awards hit NYU's Skirball Center with a 6+ hour mega-spectacle that began on the red carpet before launching into a star-studded mashup of performances, comedy and even an appearance from Maxi Priest (who co-presented the award for Best Pop/R&B Artist). Hosted by Nigerian comedy titan Bovi, Nollywood actress Funke Akindele, and on-air-personality Gbemi Olateru-Olagbegi, the annual spectacle brought out West African heavyweights from Mavin Records First Lady Tiwa Savage and Channel O super-presenter Denrele Edun to Star Boy rep L.A.X, and featured performances from the likes of rookie of the year Patoranking, Oritse Femi (who performed his Fela tribute "Double Wahala"), Ghanaian Dancehall King Shatta Wale, "Shake Body" master Skales, Praiz behind a piano, Wande Coal, and Orezi. Among the big winners were Olamide for his album of the year Baddest Guy Ever Liveth, male and female artists of the year Davido and Tiwa Savage, best rapper Ice Prince, and Nigeria/South Africa's Emmy Gee for his Rands And Nairas video. Okayafrica was on hand to document the awards from the red carpet (and even catch some footage from the show, which you can peep via OKA's instagram). See our gallery from the 2014 Nigerian Entertainment Awards above and view a full list of winners below.

Best Album of the Year: Baddest Guy Ever Liveth - Olamide

Hottest Single of the Year:

Best New Act of the Year

Gospel Artist of the year

Indigenous Artist of the year

Best Pop/R&B Artist of the Year

Female Artist of the Year

Male Artist of the Year

Best Rap Act of the Year

Music Producer of the Year

Most Promising Act to Watch

Diaspora Artist of the year

African Artist of the Year (Non-Nigerian)

Best Actor in a Lead Role

Tope Tedela (A Mile from Home)

Best Actress in a Lead Role

Genevieve Nnaji (Half of a Yellow Sun)

Half of a Yellow Sun

Entertainment Personality of the Year

Entertainment Executive of the Year