The 14 Best Nigerian Songs of the Month 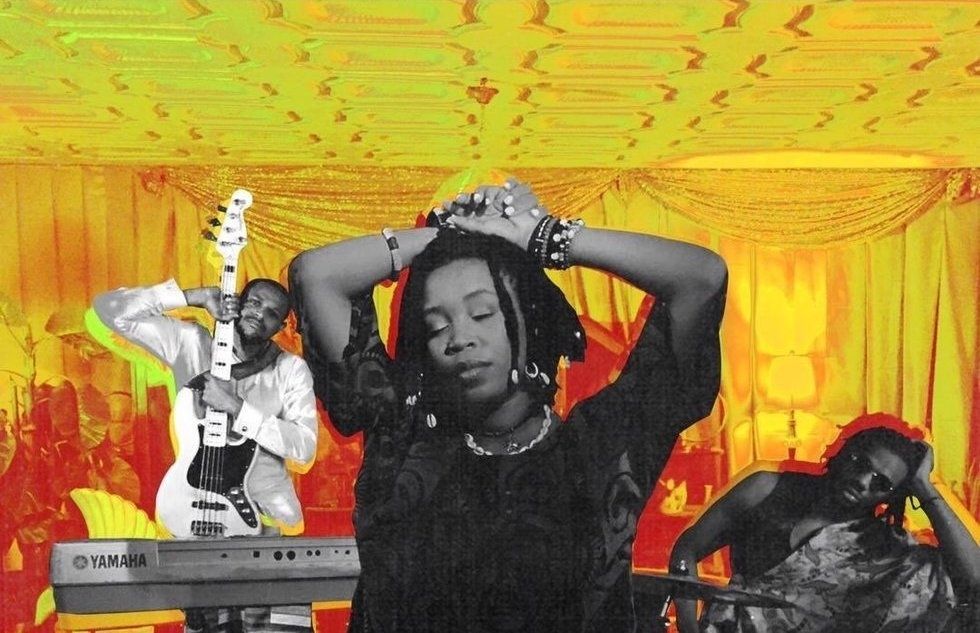 Here are our selections for the best to come out of Nigeria in April.

Syncretic sensibilities emerge strongly in Pheelz' production for "Spirit" which straddles a fine balance of galala and reggae. It is matched by equally fine writing and earnest singing from Olamide who employs populist Christian platitudes—"I have refused to downgrade from God to Human / my purpose in this life you cannot understand"—in what, musically, may otherwise be an unholy mix of Christian religiosity and Africanist spirituality with strong allusions to Rastafarianism all blended into one.

An insistent piano is often outshone by a prickly electric guitar on the latest single from Lady Donli, a forerunner of Nigeria's much vaunted "alte" music whose image of organic music-making, unreliant on the flash and perceived vacuity of pop, gets a nice contrast in this shameless celebration of money.

Balanced neatly between house and dancehall, Sarz' production on "Oja" has the right amount of bounce, which is quickened by the short percussive riffs and largely sustained by an unceasing, ominous keyboard. It's the type of sensible production over which Reminisce truly shines combining his husky flow and street lord persona in a long history of standout collaborations by the pair that include "Diet", "Shekpe", "Eleniyan" and "Ise Yen."

Reminiscent of Don Jazzy's own ornate highlife production heard as recently as on 2018's "My Dear," this co-production between Selebobo and Tekno gets a satisfying turn by the latter who rides the winning groove with ease and mischief.

"This kind love is stupid, this kind love is foolish / but na this kind love man dey want" insists Wizkid who here revisits the soothing production that inspired 2018's "Fake Love" leading to the resurgence of Duncan Mighty and defining, in part, the soundscape of Nigerian afropop for most of the year.

"Liar" is an admonishment of a cheating lover delivered with the right amount of acerbic emoting in its muted use of the work "fucking" and clever use of Nigerian-isms. The cursing gets extra fizz on account of the singer's clean image and respectable millionaire dad when she tells off the cheating lover with the words "save that shit for your father." It is produced by E Kelly, who here utilises the elegant guitar lick and piano melodies he used for "Pour Me Water" for Mr Eazi. The tastefully shot video emphasises a revenge plot and has Tolani brandishing a bat and later locking up the offending lover in a car booth.

Chopsticks is a dab hand at making heavily rhythmic house beats with heaving drums in an uptempo that is perfect for regular collaborator Yung L and guest, Reekado Banks. Both singers combine well and its success will improve matters for Yung L who has long been an accomplished afropop act but without the defining status of a runaway hit

The starlet of Starboys, Terri, sounds remarkably surefooted in his vocal identity even when it is, so far, largely a clear distillation of his mentor Wizkid and the raspy charm of Kizz Daniel (that was well realised on 2018's "Bia"). His new single "On Me" maintains the same formula with a sense of playfulness and mischief that is all his.

Ogranya's lover in his new single "Don't Leave Me" is in on the deception, and while both parties are complicit, she is either self-deceiving or coy. He's more likely swooning more than he is in full control of his emotions. He sings: "so if you say we're nothing more than friends / Tell me why things just keep on getting more intense / I'll be your lover, we can call it pretend / Tomorrow we can do it over again, over again." Ogranya's paucity of releases are good enough to sustain interest in his work despite periods of seeming inactivity. "Don't Leave Me" is a delicious confection of ambient instrumentation in the lineage of Maxwell's subterranean "Drowndeep: Hula" and Usher's Spanish flirtation on 2001's "How Do I Say" All of which Ogranya has made his own with cutlets of Nigerianisms, "girl, you supposed reason my side," but largely in the idiom of American R&B.

FALANA 'Give Into You'

"Stranger things have happened / so why can't this be love?" asks Falana of a dithering lover on one of five sensibly and sensitively written songs that make up her sophomore EP titled Chapter One after 2014's Things Fall Together.

Released this month, Love Is Contagious is the much mulled over debut project by Wurld which delivers on the promise shown on early singles "Show You Off" (2017) and "Contagious" (2018). All through the song, he likens a lover's affections with candy and yet avoids saccharine sentiments. Of the other satisfactory songs on the album, "Candy" is a true gem which shows off Wurld's refined sensibility and the R&B chops of a Motown singer.

Both Simi and Falz formed a proven musical partnership on their 2016 joint EP, Chemistry, whose stand out song "Foreign" equally mocks and celebrates the theatricality in class pretensions. Taken from her new album, Omo Charlie Champagne Vol 1, "Mind Your Bizness" is a clever piece of songwriting which reworks "Shake Bodi," the 1999 hit song by Trybesmen which itself, and at the time, was a reworking of Fela's afrobeat. Simi's own version is rebuff to rumours about her personal affairs and that of others.

The themes of essentialism, self affirmation and self-actualization that are at the core of Moelogo's music-making and philosophy are best realised on "Magic" and "Grateful" taken from his satisfying second project, Magic, after the promise of 2016's Ireti. Over spare production that relies on plaintive and searching unceasing guitar, "Grateful" is a song of thanksgiving while in "Magic", the singer marvels in the extraordinary within the ordinary when he sings "nothing is promised / but you get one thing / Free will, that is your magic."

A brilliantly conceived song which despite the allusion the bank notes that bare the image of Nigerian statesman, Chief Femi Awolowo is a more interesting assembly of the subset of Nigerian and Ghanaian pop, otherwise called "alte" who act as a counterbalance to the dominance and flash of top-layer pop.