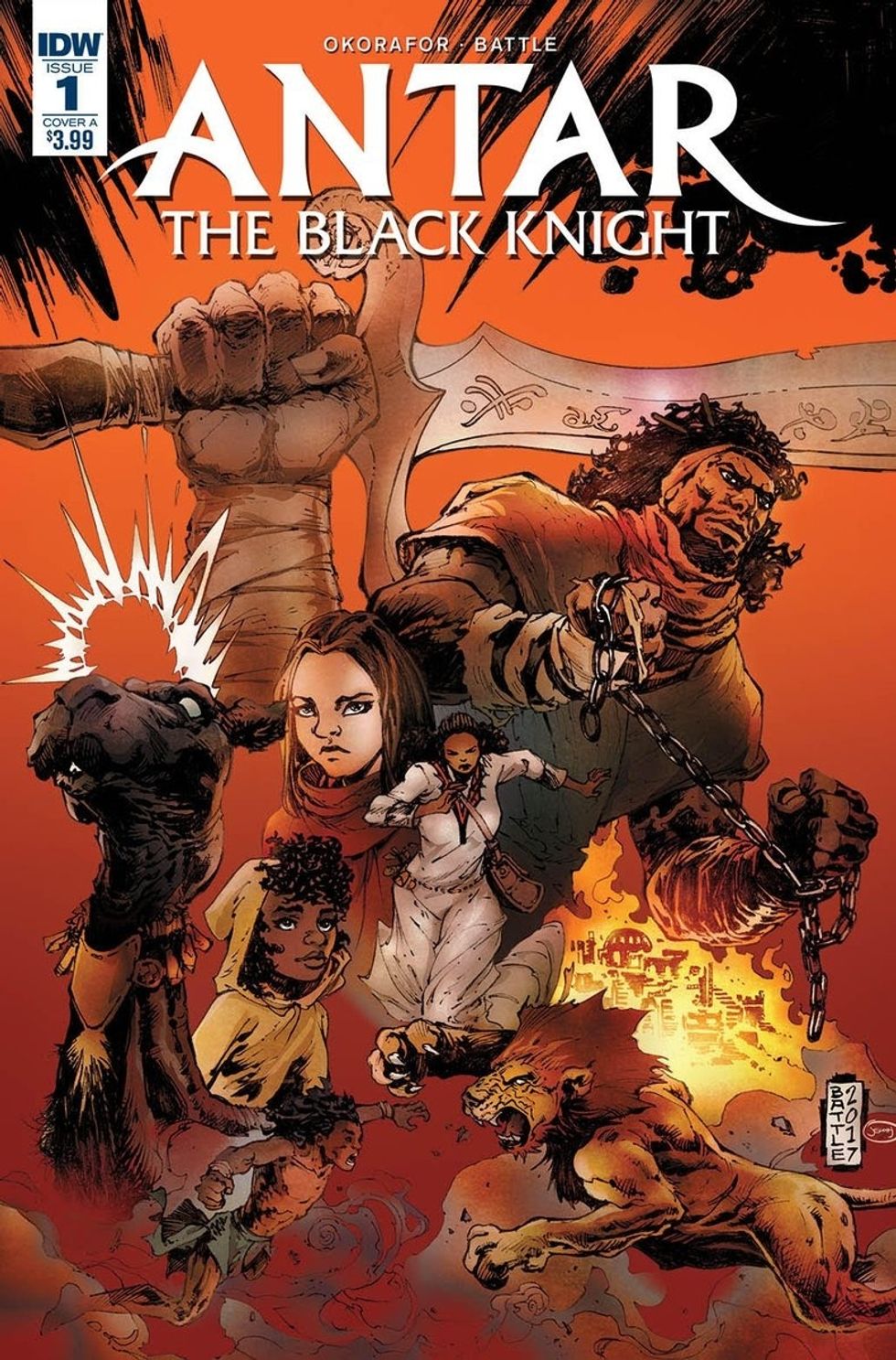 She announced the news on Twitter yesterday and shared the cover for the first issue, illustrated by Eric Battle.

Antar; The Black Knight is inspired by the legendary Arab poet and warrior whose writings, which pre-date Islam, have survived.

Here's a synopsis via Comics Beat:

Honor through perseverance. Legacy through diversity. IDW is proud to present the epic story of one of history's greatest warriors and finest poets: Antar the Black Knight. A despised camel driver born of an African slave mother and an Arab Noble father, Antar proves that heroes are made by embracing who we are and dreaming about what we can become.

Antar: The Black Knight Is due out on April 25.