There is No 'White Genocide' Happening in South Africa, So Why is the American Right So Obsessed? 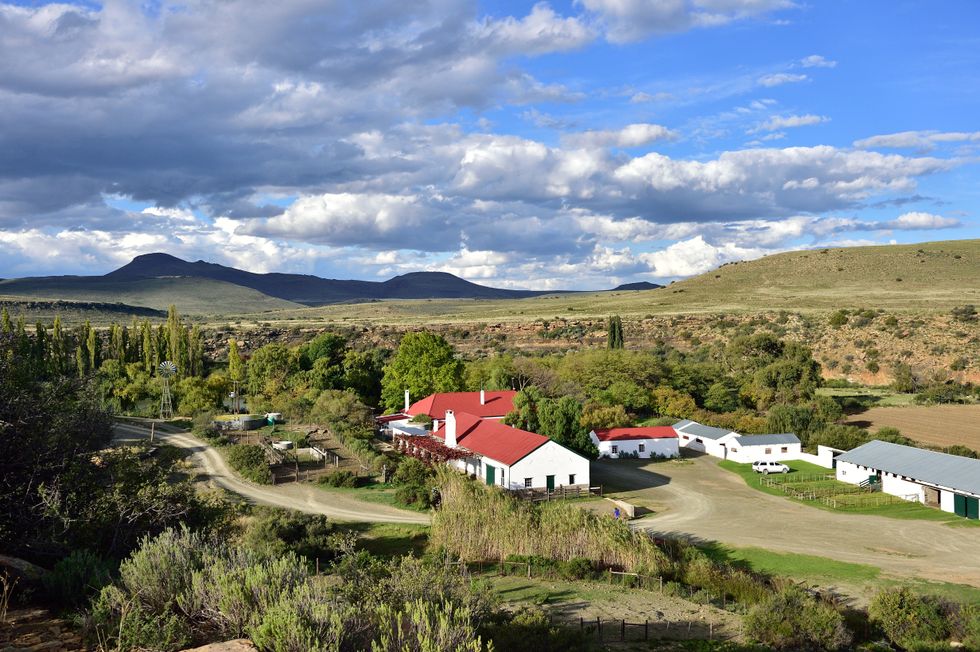 How do you even respond to something so absurd?

Yesterday, President Trump tweeted that he had asked his Secretary of State to keep a close eye on South Africa's so-called land seizures and the large scale killing of white farmers. This has, of course, resulted in a tremendous backlash. South Africans, in particular, are confused. Surely, if anyone should be aware of any white genocide occurring because of land expropriation, it should be us? And yet most of us, from all races, are just as bewildered as the rest of the (non far-right) world.

It is extremely agitating to find myself writing about the mythical mass killings of white South African farmers yet again. So I'm hoping to set the record straight and be done with it because there are genuinely more important and pressing issues to attend to than something that is, in fact, not happening.

OK. As an Afrikaner South African: This issue is blown up by the alt-right and dark-web that after Charlottesville… https://t.co/ppJ6EGyHjQ
— lomikriel (@lomikriel) 1534992460.0

I quite like how political analyst Ryan Cummings put it: "South Africa must be the only country in the world where a genocide is ongoing but where the victims still employ their murderers to tend to their gardens, clean their homes & walk their dogs."

For those unaware of the gross racial inequality in South Africa, here are a few statistics: South Africa has one of the highest measures of inequality in the world. As of 2015, close to two thirds of black people compared to a mere one percent of white people were living in poverty. If one looks at who constantly stands at the traffic lights begging or lives in shacks made of various scrap materials, this should come as no surprise. White South Africans who are a 9% minority, own a combined total of 35% of both rural and urban land in stark contrast to the 79% majority black population who own a negligible 8% of the land. Is this not inequality if ever there was any?

"You see, the problem, well at least in South Africa, is that white people are really yearning for the good old Apartheid days."

Having said that, although the government announced that land expropriation would happen, we are still miles away from making it a reality. We are merely in the 'talking stages', interrogating what this redress will look like, how it will be conducted, debating the potential pitfalls and challenges as well as ironing out any foreseeable wrinkles. As of June this year, parliament had just received over 700 000 written submissions from the public on their views on the land expropriation act. It has only recently completed the process of hosting public hearings to rigorously discuss the act with the entire South African society. No land expropriation has begun and I do not foresee it beginning in the remainder of this year or even the following year.

And so you can only imagine my disbelief (but not surprise) when I continue to hear that white South African farmers are being killed and having their farms seized I suppose, by barbaric black South Africans. Afriforum, the infamous 'civil rights group'—better described as a racist lobby group—has continued its international roadshows to spread this false news of a white genocide in the hopes of obtaining the world's sympathy (read resources) to ultimately further their agenda which centres on exponentiating the privilege of especially white Afrikaans South Africans. It cares nothing for the truth and justice it purports to champion in the public eye.

And like Afriforum, those individuals who are a part of the far-right are not genuinely interested in seeing justice served. They seek to firstly distort facts and realities in order to create false narratives that magnify 'white victimisation' on such a global scale that it becomes believable that a white genocide is an actual thing when it is in fact not a thing. Take for instance the infamous farm murders that Afriforum claim are unimaginably high and racially motivated when in fact the reality says otherwise.

Trump has jumped on the same bandwagon that Australia did a few months ago when it decided to fast-track the visas of white South Africans wanting to leave the country because they were the subjects of (you guessed it) a "white genocide."

But why such furor around something that clearly is not happening? What does the far-right stand to achieve by pushing this agenda? Well, first hassle-free visas from Australia it seems. Secondly, a powerful and influential (and equally reckless) political figure in Trump to be a sort of brand ambassador. You see, the problem, well at least in South Africa, is that white people are really yearning for the good old Apartheid days. They are longing for the days when they didn't have to share the same spaces as black people.

They miss the days when all black people could aspire to was to work within their homes as maids and 'garden boys' and never have the opportunity to participate in the economy in a way that actually bettered their own lives. And it is because of this (and a whole lot more) that they continue to lie and blacken the image of black South Africans. But the only reason this absurdity is actually working, is because the rest of the world is only prepared to listen to the resounding voice of a select few.

What of the rest of us?