Off With Their Heads: Diversity Won’t Save the Royal Family’s Legacy 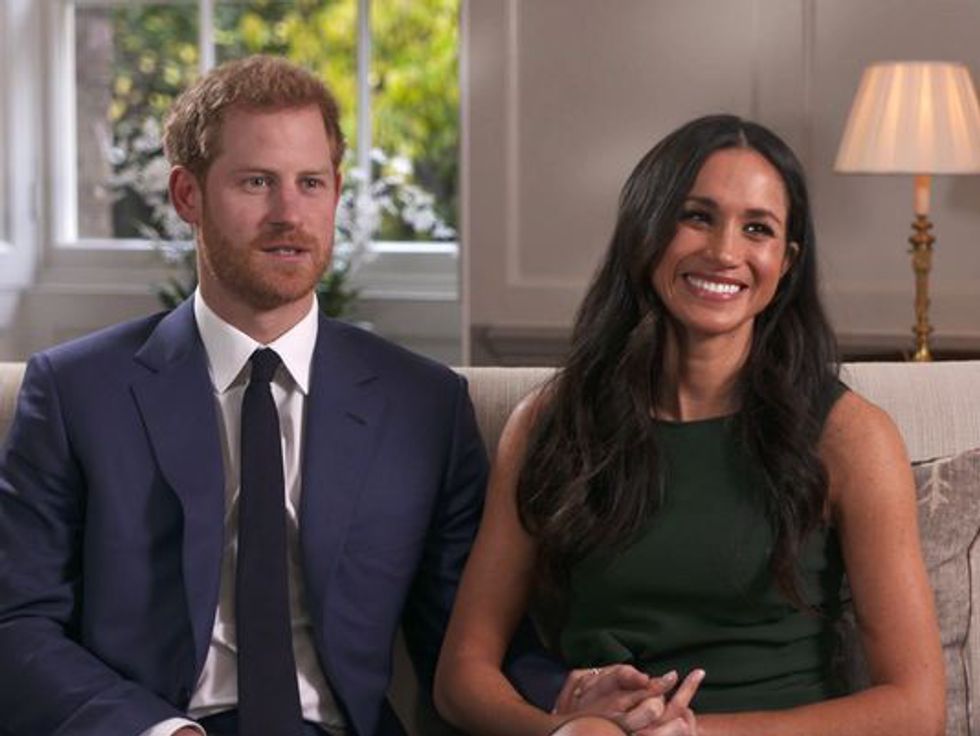 On the Royal engagement and why Africa never seems to catch a break.

During the Mau Mau uprising in 1950s, the British detained over one and a half million Kenyans in concentration camps. In these camps, men, women and children died of starvation, waterborne diseases and torture. The documents recording these atrocities were of course destroyed and the knowledge thereof hidden away because hey, long live the King!

Yesterday, news of Prince Harry's engagement to his girlfriend, the sexy paralegal Rachel Zane from "Suits," played by Meghan Markle, has created an epic media storm. This is normal for a royal wedding but the fact that Markle is of African American descent has had many people feeling all kinds of different ways.

The British royal family has ruled for the centuries and still are—sort of. In that time, they have colonized numerous African countries, murdered a great deal of Africans, disrupted and appropriated our cultures, initiated bloody wars, stolen our land, pillaged our resources and imposed on us their allegedly superior ways of doing things—the English way, good and proper.

The dyed in the wool monarchists turn up their nose at the pair. He can do so much better than a young woman who is not only not British but, gasp, has ancestry from Africa.

Personally, I don't see how the monarchy itself is more moral than the African dictatorships that they so indignantly denounce. In 2017, why have we not gotten rid of this ridiculous notion of a lineage of blue blood in the same way we got rid of Louis XVI and Marie Antoinette during the French Revolution? Without all the gore, of course, but nonetheless they simply must go. The royal family is not a force for stability but rather a stunning representation of grievous class inequality. And so if anyone should be turning their nose up in disgust, it's certainly Markle and the rest of us as Africans who are still deemed not good enough to grace the lavish corridors of Windsor Court. Isn't that a load of BS?

I'm all for love: black love, interracial love, and everything in between. Harry deserves to marry whomever he wishes (Markle the same) and whether Markle has a black mother or not or hails from the jungles of Africa or not shouldn't matter.

So, while Markle is black, that doesn't mean the royal family's wrongs have now been righted and we can sweep everything that happened historically under grand Persian rugs. Not by a long shot. It runs far deeper than that. However diverse and 'forbidden' their love may be, it alone will never atone for the centuries of crimes against humanity committed by the royal family—no matter how dreamy their engagement photos may be. So let us not entertain the idea that it may or that it will. It. Will. Not.

What matters most for me, is whether this impending marriage will finally start a necessary and long overdue conversation. Perhaps not by Harry and Markle themselves but at least by the public at large as to the royal family's history of imperialism in Africa especially and its steadfast condescending perception of Africans in general till this day. I may be naïve but surely it's the uncomfortable and unavoidable white elephant in the room? I mean, it has to be. They'll be having tea with one of our own now.