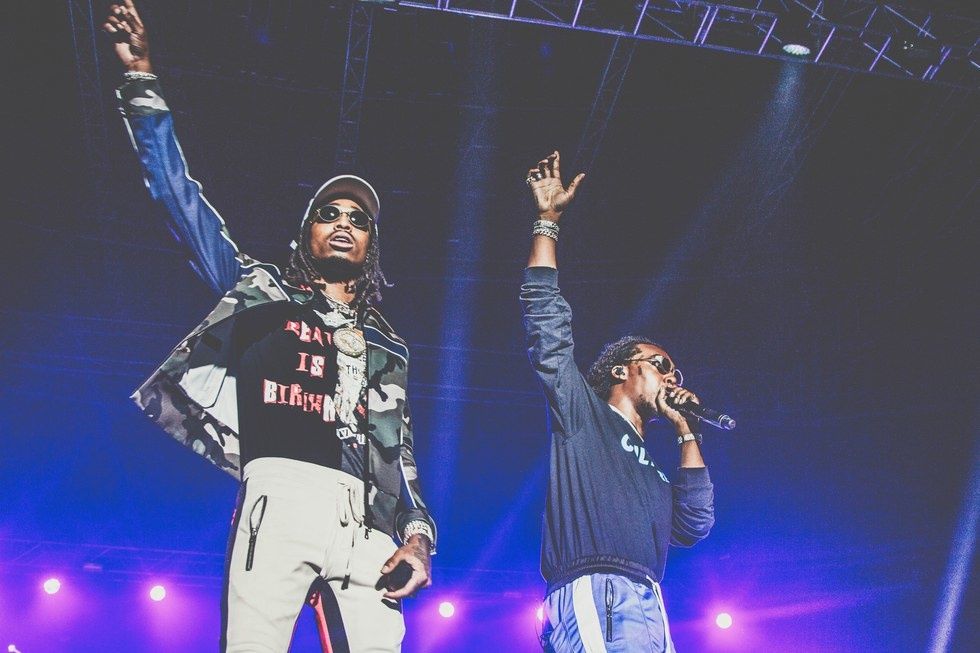 The Migos rapper teased his record's features on Instagram.

It looks like Quavo's debut album is on the decks and nearly ready to go.

Although Quavo Huncho was pushed back from its September release, it now seems we'll be getting it soon, as the Migos rapper teased a new list of the features on the record.

In a handwritten note posted to his Instagram, Quavo mentions his Migos partners Offset and Takeoff, as well as Davido, Drake, Cardi B, 21 Savage, Travis Scott, Kid Cudi, and Saweetie.

This would be yet-another win for Davido in international markets, as it makes the Nigerian star the only African artist featured on the record.

Although Quavo captioned his post with "pre season cut (not final cut) Quavo Huncho," it's safe to assume that most, if not all, of these names will make it on the album.

Earlier this year, the Migos rapper and Davido were spotted together in Atlanta, which initially sparked the rumors of a collaboration in the works.

Check out the posts below.