Returning Sani Abacha's $321 Million is a Good Start But Where's the Rest? 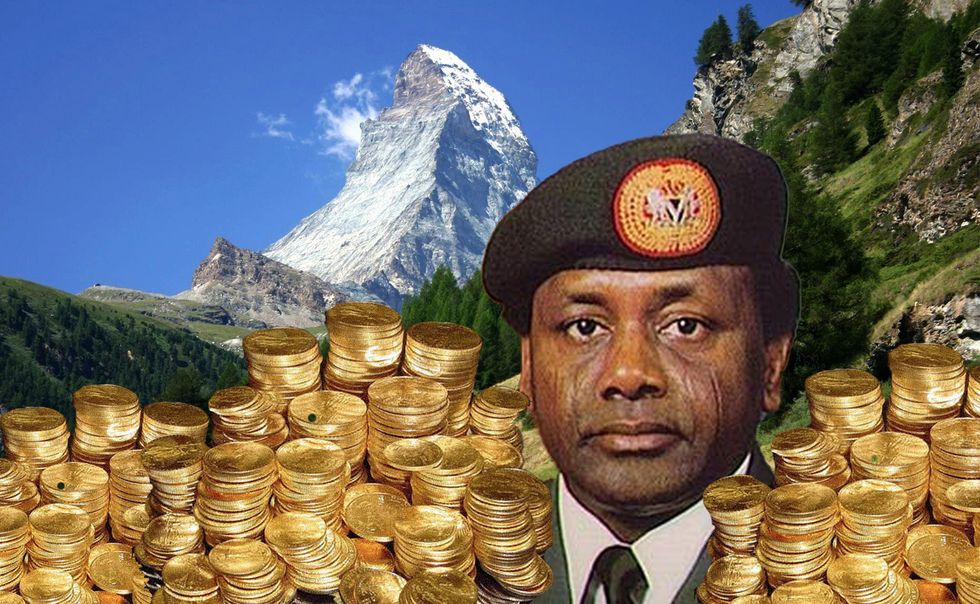 The secretive mountain nation of Switzerland, long known as a receptacle for Nazi gold and other ill-gotten loot, has agreed to return $321 million dollars from accounts related to former Nigerian military leader Sani Abacha.

The money was confiscated by a Swiss court in late 2014 in a procedure by Geneva's public prosecutor against Sani Abacha's son, Abba Abacha. The Swiss government states: "In accordance with policy on repayment of national assets taken illegally, Switzerland has agreed with Nigeria and the World Bank to return nearly US$321 for the benefit of the Nigerian people."

According to Agence France Press, Military ruler Abacha, in power from 1993 until his death in 1998, is suspected to have embezzled $2.2 billion from Nigeria's central bank in what the United States has called "brazen acts of kleptocracy".

So where's the rest of it? Not just from Abacha or other corrupt African leaders but also the foreigners, the tax cheats and other neo-imperialists who extract wealth from the continent and its people without offering anything in return. The people who've systematically underdeveloped and destroyed, looted and defiled the continent for centuries.

According to the UN Economic Commission on Africa, "over the last 50 years, Africa is estimated to have lost in excess of $1 trillion in illicit financial flows." This number, about $50 billion a year, is roughly equivalent to all of the official development assistance to the continent during the same timeframe. And it's actually a conservative estimate seeing as it doesn't take into account more secretive flows of money out of Africa like the "proceeds of bribery and trafficking of drugs, people and firearms."

What could 1 trillion dollars of stolen money do for people? It represents half a century of crumbling or non-existent infrastructure—roads, hospitals, schools, sewer and lights—that people have been doing their best to work around. Think of what the famous can-do spirit of ordinary Lagosians could have accomplished with 50 years of running water, trains and electricity.

With the recent trend of big financial leaks like with the Panama Papers and the more recent Paradise Papers the general public is getting a better idea of how the world's elite stash their money, both "legitimate" and "illegitimate." To most of us it feels like we're just scratching the surface but here's hoping it's a sign of things to come.

To the looters out there, we see you.