Russia's History of Racism Towards Black Players Is Nothing New 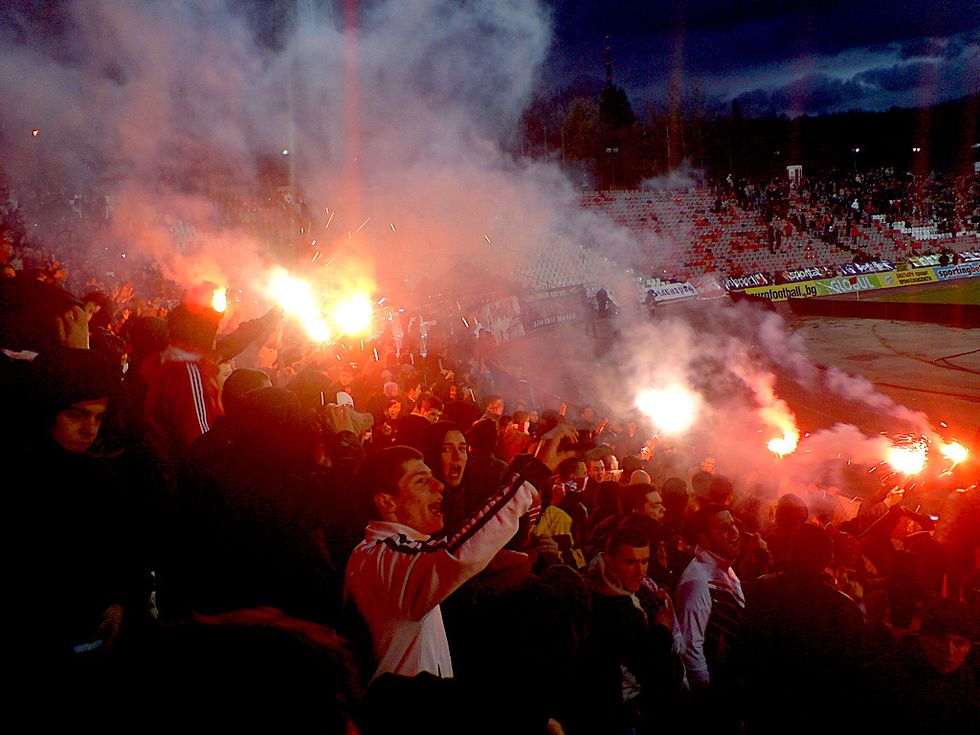 CSKA Sofia vs. Lokomotiv Plovdiv in 2010. Image by Dimitar Nikolov via Flickr.

The monkey chants, throwing of bananas at black players and assorted racist acts happening now in Russia are not anomalous, Russia has a history of racism.

England defender Danny Rose has added his name to the growing din of voices decrying racism and the fear of racially motivated attacks at this year's World Cup hosted by Russia. In a recent interview, the Tottenham Hotspurs player said, "I've had to tell the family I don't want them coming out to Russia because I'm worried about their safety. That's going to affect my preparation for games if I'm worrying about them and that's such a sad state of affairs." The England defender was weighing in on the notoriety of the racism of Russia's football fans.

For a league that always hasn't had black players, the litany of racism and race crimes in Russia is already long and shameful. According to some reports, more than 100 racial abuse incidents were recorded between 2012 and 2014 (it's perhaps telling that Russia is the only major European country that hasn't had a black player represent the nation). When former Real Madrid legend, Roberto Carlos, a black Brazilian, played for Anzhi Makhachkala from Dagestan, part of the Russian Federation, he was routinely racially abused—some fans chanted monkey chants while others hurled bananas at him.

When Dutch coach Dick Advocaat was at Zenit St Petersburg, there was a time he wanted to sign French midfielder Mathieu Valbuena, a move met by a bewildering question from some fans of the team: "Is he a negro?"

In fact, Russia's race issues sometimes assume strange manifestations in which the victim of racism is himself punished. For instance, when black British professional Emmanuel Frimpong was racially abused while playing for FC Ufa against Spartak Moscow, he reacted, for which he was banned for two matches while Spartak itself and its fans were not censured at all. "For the Russian FA to say they didn't hear or see any evidence of racism is beyond a joke," Frimpong wrote on Twitter.

In 2013, Yaya Touré, then a Manchester City player, complained of being racially abused by CSKA Moscow's fans in a Champions League match in the Russian capital, foreshadowing the stance Rose is now advocating for his family.

That stance is also applicable for fans coming to support Africa's representatives—Egypt, Morocco, Nigeria, Senegal and Tunisia—at the world's largest football tournament. The Ivorian midfielder said Russia needed to address its racism problem before the World Cup. "Of course they do. It's very important. Otherwise if we are not confident coming to the World Cup in Russia, we don't come."

However, people of a certain generation in southern Africa—those who came of age in the 1970s and 1980s and were involved in the struggle to unseat minority white regimes that were in charge of southern Rhodesia (Zimbabwe), South Africa, Mozambique and Angola—might think the reality of racism in Russia an anomaly.

Some of these people, who gave their children names like Brezhnev and Lenin, and who themselves had nicknames or nom de guerres such as Nikita Mangena, as Zimbabwe People's Republic Army chief Alfred Mangena was more popularly known, or the "Black Russian," as former Zimbabwe's home affairs minister and ZIPRA intelligence Dumiso Dabengwa was known, would consider Russia's racism with not a little consternation.

Many might even point to the fact that in Moscow, there is a street named for Mozambique's first president, Samora Machel, the guerilla leader who died in a plane crash in which apartheid South Africa is thought to have been involved. They might also mention that in 1986, the very year that Samora was killed, the Soviet Union issued a postage stamp to commemorate his life of struggle at a time when the United States of America and Britain were still broadly in support of apartheid in South Africa.

Older people in the region must find Russia's problems with race astonishing because it was the Soviet Union which helped them start to solve the problem of race in southern Africa. In the Cold War, which pitted the Soviet Union and the West, the former had chosen to throw its support to the fight against racism and racial capitalism by supporting nationalist parties, some of which chose communism as their means of organising society.

Former Southern Rhodesia (now Zimbabwe)'s prime minister Ian Smith infamously said there would be never be majority rule in Rhodesia, not in his life time, not in a thousand years. And in Southern Rhodesia, it was partly arms of war from China and Russia that brought Smith to Lancaster, England, in 1979 for negotiation talks that resulted in democratic elections, which Robert Mugabe's Zanu (PF) won.

In fact, apart from Zanu PF in Zimbabwe, whose benefactor was China, most of the governments in the sub continent were sponsored by Soviet Union or its satellite states in eastern Europe and Cuba. These movements include, the People's Movement for the Liberation of Angola (MPLA) in Angola, the governing party since independence in 1975; the African National Congress (ANC), South Africa's ruling party since the advent of democracy in 1994; Frelimo (Frente de Libertação de Moçambique), in charge of Mozambique since 1975; and Zimbabwe African People's Union (Zapu), the party which came second in Zimbabwe's first democratic elections.

If you asked these people, some of whom trained or studied in the Soviet Union (between 1969 and '70, former South African president Thabo Mbeki studied at the Institute of Social Sciences in Moscow), they would declare that if it were not for Soviet military and diplomatic support, Smith's wish of white minority racist rule without end in Southern Rhodesia would have been true not only for that country but for its neighbours, including South Africa, Mozambique, Namibia, Angola and Mozambique.

It might be so, that the Soviet Union was on the progressive side of history. But some of these people who studied in the Soviet Union might have stories to tell about the racial assaults they witnessed in the 1960s, when the communist party's Central Committee decided to increase cultural ties with sub Saharan Africa, which resulted in the first major influx of African students enrolled at Soviet universities and institutes.

They will recount tales of police harassment, verbal abuse on the subway as in that instance when some drunken Russians confronted some African students and ordered them to give up their seats—"In your own country you aren't even allowed to be in the same subway car as whites, whereas here you are sitting down while white people stand"—being compared to chimpanzees, and even death, as American scholar Julie Hessler wrote in her journal article "Death of an African student: Race, politics, and the cold war," about the killing of a Ghanaian student Edmund Assare-Addo who was in a relationship with a Russian woman. Infact, about 30 years ago, a Zimbabwean student, Gideon Chimusoro, was shot by an off duty policeman because he happened to be loudly celebrating a national holiday in his native country, an act which irritated the cop.

Yes, Russians were on the right side of history in southern Africa, but the monkey chants, the throwing of bananas at black players and assorted racist acts happening now in Russia are not anomalous, Russia has a history of racism.

Percy Zvomuya is a writer and football fan. He is on Twitter @percyzvomuya.