"Suitcases of Cash": Sarkozy in Police Custody for Gaddafi Deal 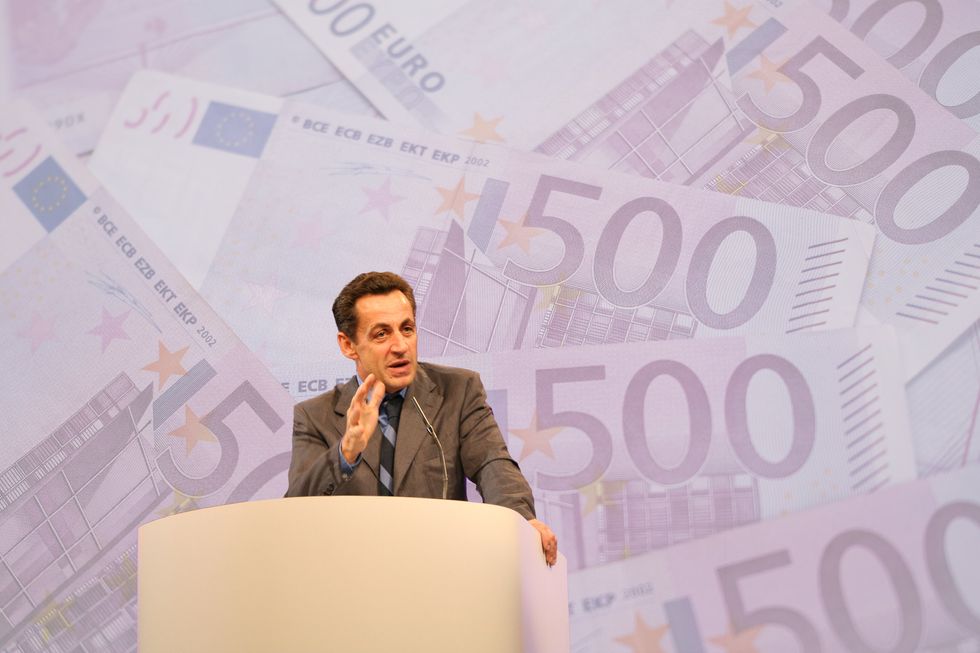 It's the latest piece of a scandal that once again gives us a look into the system of criminal dealings between French and African elites.

Just as he was about to make a triumphant return to the French politics, former French president Nicolas Sarkozy has been detained by police over questions about 50 million euros ($US 61 million at today's exchange rate) his campaign received in the run-up to his 2007 electoral win.

The money, said to have come from the Libyan regime of then president Muammar Gaddafi, would be a violation of France's campaign financing laws which do not allow funding from foreign government sources. Documents obtained by French investigative website Mediapart in 2012 appear to show approval for the money's disbursement by Libyan authorities.

In typical French style the story involves shadowy middlemen and allegations of suitcases full of cash being delivered by hand. This ongoing scandal is also the latest manifestation of the special relationship between France and the African continent known in the francophone world as françafrique—a type of neocolonial arrangement where French elites and those in France's sphere of influence on the continent engage in mutually beneficial corrupt practices in the pursuit of power and enrichment.

Over the course of four decades, hundreds of thousands of euros misappropriated from debt, aid, oil, cocoa… or drained through French importing monopolies, have financed French political-business networks (all of them offshoots of the main neo-Gaullist network), shareholders' dividends, the secret services' major operations and mercenary expeditions.

It's a kind of arrangement backed up in part by French military incursions into the continent. Ironically, Sarkozy was one of the major planners for the 2011 NATO Libyan invasion which helped overthrow and eventually kill Gaddafi—a fact not lost on Gaddafi scion Said Al Islam Gaddafi (who, like Sarkozy, is also itching to get back into politics) who says in a 2011 interview that

"Sarkozy must repay to Libya the money he took for his election campaign. We financed his election campaign and we have all the details and we are ready to publish them. The first thing we ask of this clown Sarkozy is that he repay this money to the Libyan people. We helped him become president so that he would help the Libyan people. but he has disappointed us and very soon we will publish all the details and the documents and banking pay slips".

Shady financing of French elections by African leaders is not unique to Sarkozy by any means. French lawyer Robert Bourgi who served as an adviser to Sarkozy and his predecessor Jacques Chirac claims that between 1995 and 2005 he personally delivered briefcases, duffel bags and even a set of African drums full of cash through underground corridors in the Elysée palace. The sources of the money Bourgi claims were five African heads of states, including the since deposed Laurent Gbagbo of Côte d'Ivoire and Gabon's late Omar Bongo.

Under French law Sarkozy, who was detained this morning, can be held up to 48 hours for questioning.