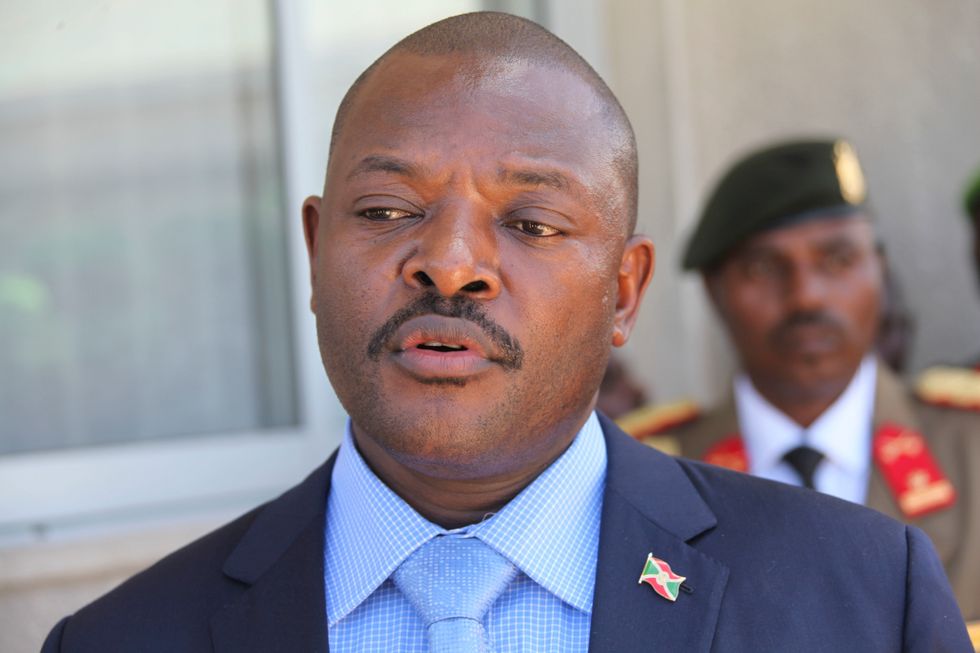 According to their lawyer, however, the charges against them still stand.

The three Burundian schoolgirls charged with "insulting the head of state" last week after they allegedly drew on a picture of President Pierre Nkurunziza in their textbooks have been freed on bail, reports BBC Africa.

The girls, ages 15, 16 and 17 are still expected to appear in court however, according to their lawyer Nyanzira Prosper. Who added that as of now, the charges still stand, and the original investigation will continue.

In response to the arrest, which many found unfairly harsh and unjust, folks on social media began to share their own doodles over the president's image in support of the girls.

Read on for the full story:

There are a lot of things that can land someone in jail—scribbling in a textbook should not be one of them.

Unfortunately, this was the fate of three school-aged girls in Burundi who were detained after scribbling on a picture of the country's President Pierre Nkurunziza that appeared in their textbook, reports Reuters.

They were arrested along with four other students who were also accused of "defacing" and "insulting" the president's image. The four other students were released shortly after, while the three girls remained in custody over the weekend and are currently awaiting trial, government spokesperson Agnès Bangiricenge said. All of the pupils arrested were under the age of 18, according to BBC Africa.

Rights activist Lewis Mudge shared a thread on Twitter, highlighting the injustice of the prosecution of the young girls. "With so many real crimes being committed in Burundi, it's tragic that children are the ones being prosecuted for harmless scribbles, he told BBC Africa. "Authorities should focus on holding perpetrators of serious rights violations to account instead of jailing schoolchildren for doodles."

According to Reuters, the girls could face up to five years in prison if they are convicted, as the act is considered illegal under Burundian law.

This is not the first time that students have been harshly punished for drawing over the president's picture either. In 2016, eleven children were jailed for the same offense and others have been expelled from school as a result.

Hundreds of thousands of Burundians have fled the country to avoid state-led violence since Nkurunziza was re-elected in 2015. The controversial leader is currently serving his third term in office.