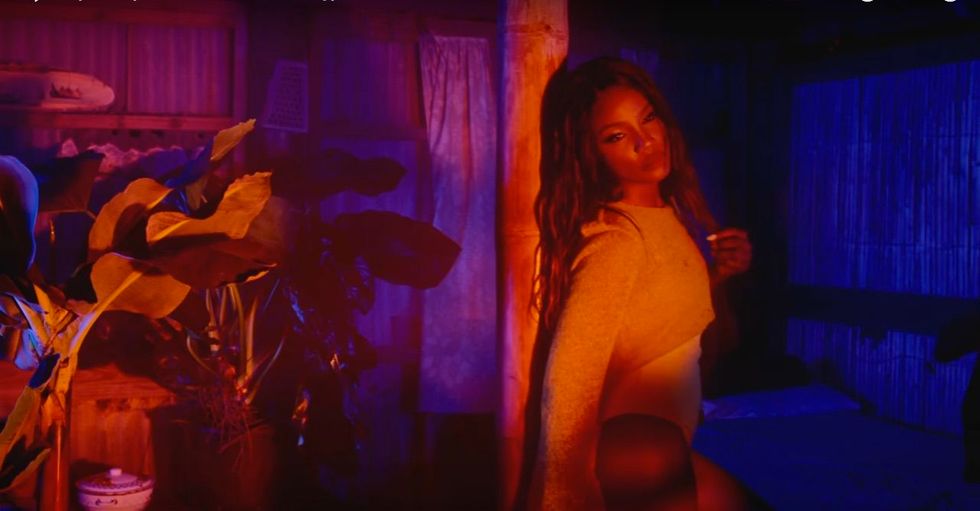 UK-Nigerian singer Seyi Shay talks about her new single, "Your Matter," and her debut on Island Records.

“I want to come back to Nigeria with good stories,” says Seyi Shay of her London concert in September.

Her latest single, “Your Matter,” has the fine balance of afro-bashment, as Caribbean as it's West African, but unmistakably the sound of London today.

Born in London herself, Shay was the lead singer of From Above, a band signed to Mathew Knowles—whose daughter, Beyoncé, the group supported on tour.

Shay has since moved on from the band and her confident 2015 debut, Seyi or Shay, (2015) included afropop delights like "Crazy" alongside Wizkid.

The growth of afropop has drawn the attention of big labels like Sony, who have Davido, Ycee and Wizkid on their roster. Shay’s deal is with Island Records, under whom she’ll continue releasing singles until she's prepared to put out an album, sometime next year.

Shay’s preferred approach to songwriting is to go with 'feel' first. “The melodies that you freestyle come from the soul, much more than when you think about the lyrics.”

But “Your Matter” came about through an old industry contact, now label head, who arranged a meeting with Team Salut, the songwriting and production group working out of London.

“By the time I got to the studio,” says Shay, “Team Salut had already created a record. Eugy was already on there. They had everything set up for me.”

Shay was as impressed by the research Team Salut did on her to make “Your Matter,” as she was by Efosa’s hook, which he freestyled upon hearing the song. “I decided to keep him on the record and Island Records were happy," she mentions. "I'm a firm believer in up-and-coming artists, so I didn't see any problem in giving him that chance. Plus, he sounded great.”

Shay’s music related businesses include a label imprint called Star Gurl, as well as brand endorsements for Gionee and Pepsi.

The ‘jungle-chic’ video for “Your Matter” is set in a lovely cottage, it finds Eugy searching for Shay among the lush plant life.

Shay’s work with Meji Alabi is worthy of more attention. Together they’re making some of the most tastefully-shot music videos around. As evident on “Mary,” “Right Now,” “Crazy,” and “Pack & Go," their clips combine well-suited locations, deft camera work and high-fashion into visual delights. “I work with African designers only," Shay explains, "their designs are always evolving, always fresh.”

As for Alabi, her long-term director, “I always look forward to how he will interpret my songs,” also adding that the videos were “all his concepts. I like the fact that different people are bringing different things to my record to create this great brand.”