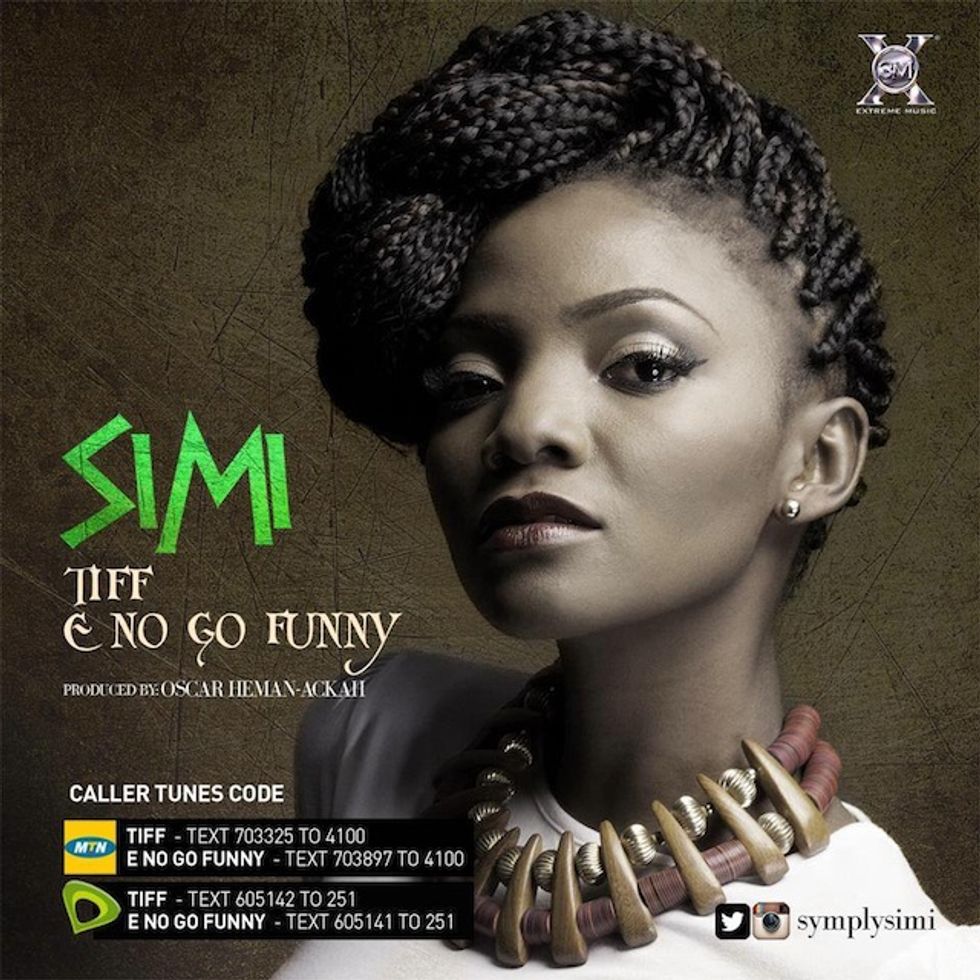 Lagos' X3M Music, home to Praiz, recently signed Nigerian singer Simi (aka Simisola Ogunleye ). Yesterday the "afro-pop" vocalist unveiled the first two singles at her new label home. The lead, "Tiff," is a soft mid-tempo song addressed to the guy that stole her heart away. The latter, pop tune "E No Go Funny," showcases Simi's dancefloor sensibilities. Listen and download both tracks below.

Update August 2: Just a few months after the release of her singles "Tiff" and "E No Go Funny," Simi has released her very first video under the X3M Music imprint. Directed by Josh Clarke, the "Tiff" video shows Simi in a totally new light as it tells the story of a jewel thief and the police detective whose aim is to arrest her. Watch it below.