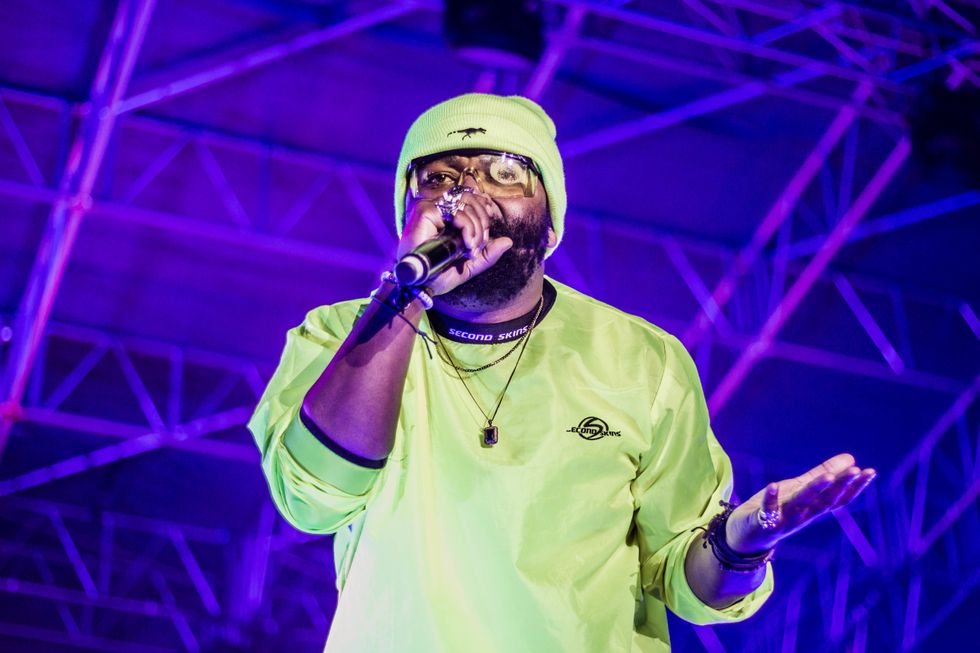 This is beyond heartwarming.

Sjava posted a clip of himself during a performance yesterday. In the clip, the B.E.T winning artist is flanked by his mother as he makes the crowd sing along to his hit collaboration with Mlindo The Vocalist "Egoli."

On "Egoli," Sjava speaks directly to his mother, telling her that he won't sleep at home tonight as he is headed to the City of Gold to make a name for himself and make money to build her a house.

What will bring tears to your eyes is when Sjava lets the crowd know that he was desperate, riding on hope, when he recorded "Egoli" a few years ago. He thanks his fans and introduces his mother to the excited crowd.

Just before she leaves the stage, she belts out Sjava's tune "Baba" from the artist's 2016 debut album Isina Muva.

Sjava and his mother have come a long way. She used to sell food at the taxi rank in Malvern, Johannesburg, as a result Sjava grew up around the taxi rank (peep the video for "Abangani"). And the artist always sings about taking care of her now that he has the means. Sjava's family makes up a huge part of his story as told in his music, especially on Isina Muva.

Grab a box of tissue and watch the full clip below, and be sure to grab a copy of Sjava's latest album Umqhelehere.