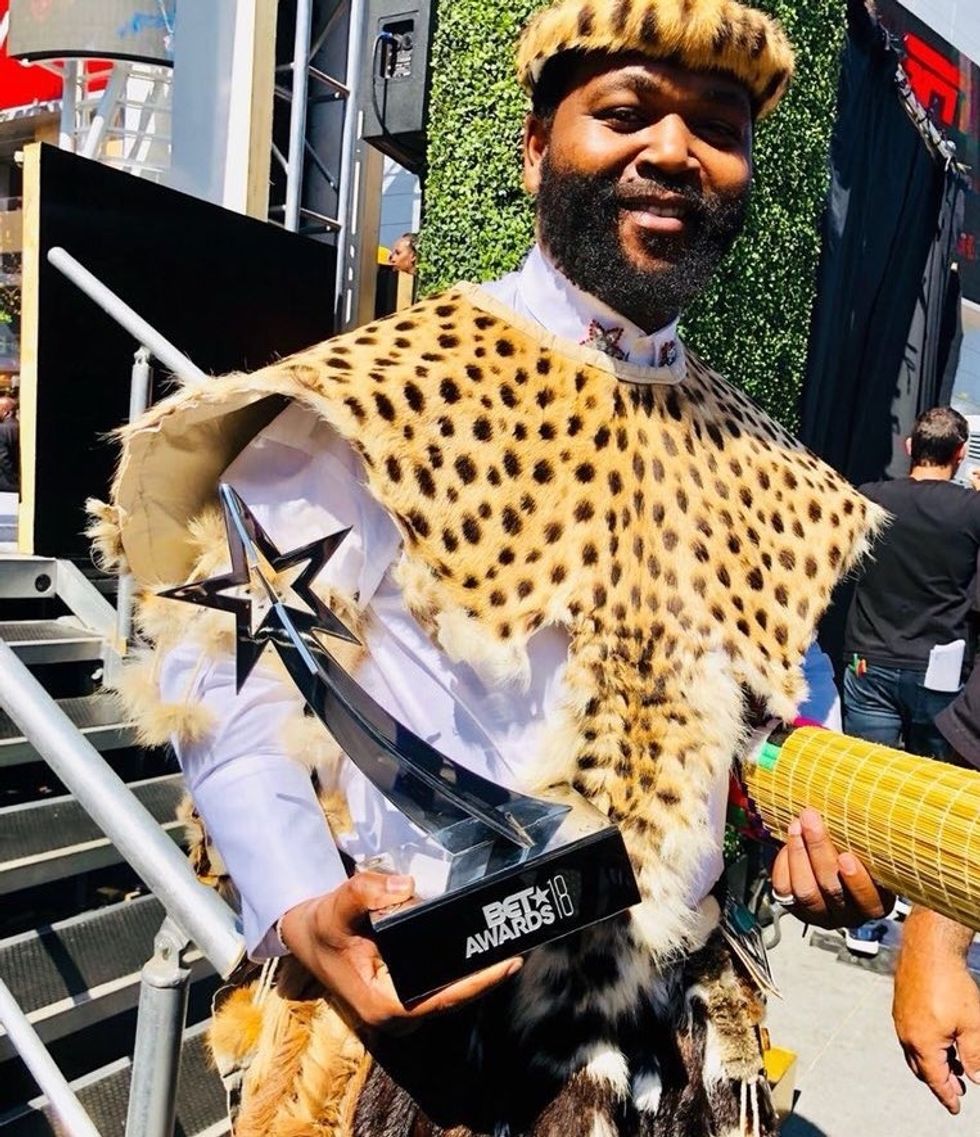 Sjava is the first South African artist to win the award.

The artist's speech was also epic, as he used more of his mother tongue, IsiZulu in it.

This is a first for a South African artist; the likes of Cassper Nyovest, Emtee and AKA have only made it as far as being nominated. But Sjava brought it home, and both fans and artists are celebrating the artist's win.

Below are some tweets congratulating Sjava:

Congratulations @Sjava_ATM on the win! I hope this proves to the kids, the worlds respects us when we take pride in our own culture 👊🏿 I'm Proud to have voted for you king 👏🏿 #ProudlyKZN #ProudlySouthAfrican #ProudlyAfrican pic.twitter.com/A0fFpSYndj
— ProudlySouthAfrican (@AewonWolf) 25 June 2018

I MET YOU IN A TAXI HOMEY! TRYING TO LIVE THIS LIFE!!! AND NOW LOOK!!! LIVING THIS LIFE!!!

Sjava released his debut album Isina Muva in 2016 under the indie label Ambitiouz Entertainment to critical acclaim. His music fuses trap with South African genres like maskandi, mbhaqanga, isicathamiya, among others, and is called ATM (African Trap Music). Earlier this year, Sjava made an appearance on Black Panther The Album Black Panther The Album with a verse that's one for the books. On the verse, Sjava manages to tell his life story in 16 bars, and showcases the ATM style.