6 Gems From Solo’s Interview With The Sobering Podcast 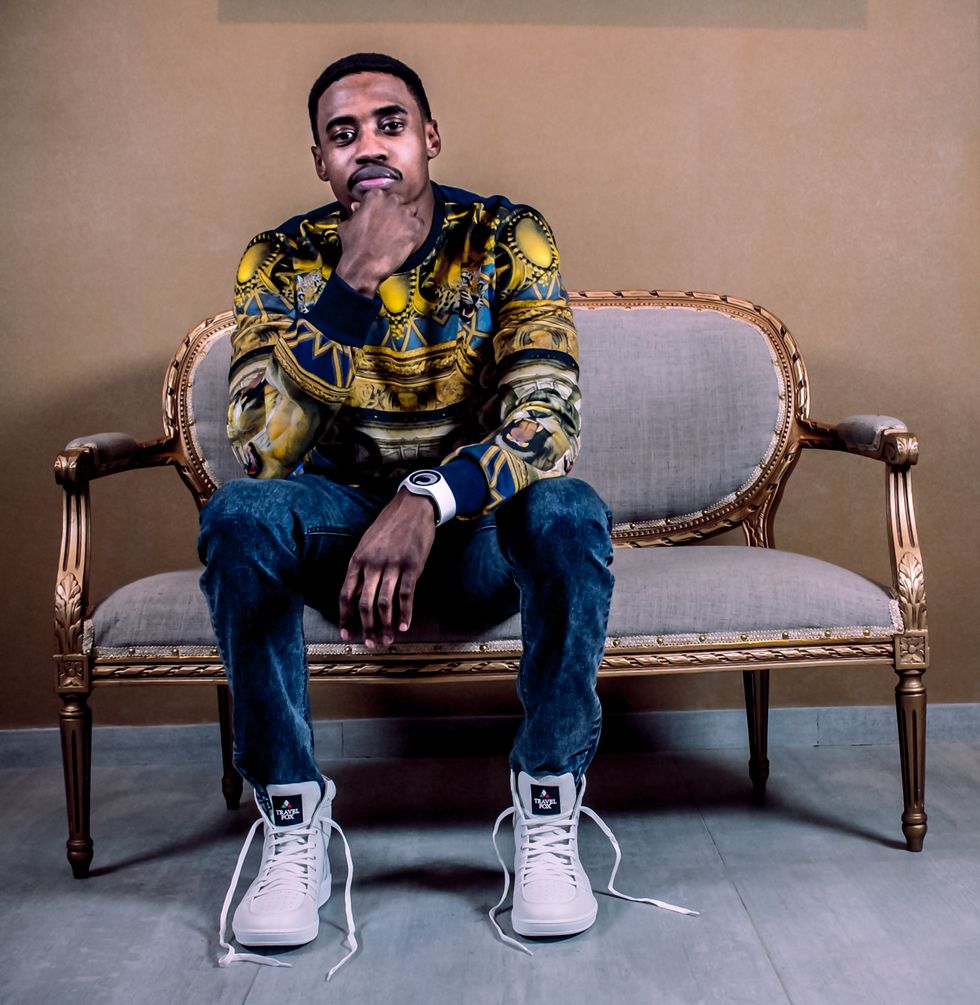 Solo sat down with the hosts of The Sobering to discuss his latest offering.

Titled Tour Dates, the record is a collaborative effort with his band BETR Gang, and artists such as K.O., Rouge, Moozlie, Reason, Kid X and more, who appear as guests.

The rapper recently sat down with the hosts of the popular South African hip-hop podcast The Sobering to share how the album came about.

Below are some of the interesting things he touched on:

1. Sho Madjozi and Nadia Nakai were supposed to be on the album

Solo released his debut album, .Dreams.A.Plenty,in 2014 under the major label Universal Music Group, who he parted with before releasing his second album .Dreams.B.Plenty in 2016. Clearly things didn't go smoothly with Universal with which fellow BETR Gang member Buks released his debut albums Pegasus last year. "My lesson from it," Solo told the hosts about his experience with the major, "just don't debut with them."

3. Stogie T warned him about the hardships of making lyrical rap

The rapper Tumi Molekane (before he became known as Stogie T) appeared on .Dreams.B.Plenty on the remix to "Star Dust" alongside fellow wordsmith ProVerb. Solo tells the hosts of The Sobering that T warned him of the hardships of making lyrical rap.

"I sat down with Tumi," Solo says, "bumped a couple of songs for him. I played 'Star Dust,' and said, 'I hope you can get on this remix.' He was just like, 'yo, dawg, you on the wrong side, player. You don't wanna be on this side, dawg. It sounds like you are making this kind of music, and there's a handful of us on this side.' And I was like, 'I don't know what [else] to do, this is what I sound like, this is what I do.'

Read: This Is Why Stogie T Can't Be Labeled A Bitter South African Hip-Hop OG

4. His independent release sold better than his label debut

Even though .Dreams.A.Plenty boasted the successful radio single "The Frolic," which featured Kabomo and Dineo Moeketsi, according to the rapper, his independently released We Need A Title sold better. We Need A Title was a collaborative album by Solo and Buks, and was available on a pay-what-you-like basis on the BETR Gang website. As if to reiterate that labels ain't shit, the rapper said, "I made more off We Need A Title than .Dreams.A.Plenty [in terms of] album sales. Think about that."

5. The story behind his trending collaboration with Maggz

The most popular song on Tour Dates is "Top 5 (Soweto)," in which Solo raps praises to Maggz, who he says is top 5 dead or alive. Maggz's verse goes on to prove his point. Solo gave the story of how "Top 5 (Soweto)" came about to the hosts of the podcast.

"So I'm in Mussina," he says. "It's some event, Maggz is performing that night. So Maggz comes through, walks into VIP, it's like, 'how you've been dawg? It's been a minute.' I'm like, 'so by the way, congratulations on FLAG, on the drop.' And as soon as I say that, Maggz goes into explanation mode, 'I know it's melodic and stuff, where the raps and stuff?' And I'm like, 'I was about to commend you for showing me this vocal ability because it actually sounds so dope. You're capable, you can actually do it.' And he's like, 'thanks, man, but people want that kind of Maggz.'

So we start talking hip-hop. And I say to him, 'I think there's always been this expectation for Maggz to just one day do whatever, and I think if anything, those conversations are coming from that place. So I personally I wouldn't take it bad. So that's what it was, he had some dope words for me too.

Read: Unless Maggz Sticks To His Own Lane, He Will Always Be Known For Great Guest Verses

"And on the drive back, I was sitting in this Viano," says the rapper, "and the concept of the joint comes through. I actually wrote the hook and the first verse on the drive back. And I'm writing it to this BPM in my head, and this driver is playing gqom. Toughest thing I had to do.

"So I got home and quickly recorded it, and sent the accapela to the fellas, like, 'yo, someone do something as quickly as you can. That's Al the 3rd's production. So I'm sitting and writing the second verse, and I think, 'how do I pitch this to Maggz?' Cuz as much as it's a dope joint, it's also very real, it's like mirror to your face."

Listen to Solo's full interview with The Sobering below, and subscribe to the podcast on iTunes, it's always a great listen.