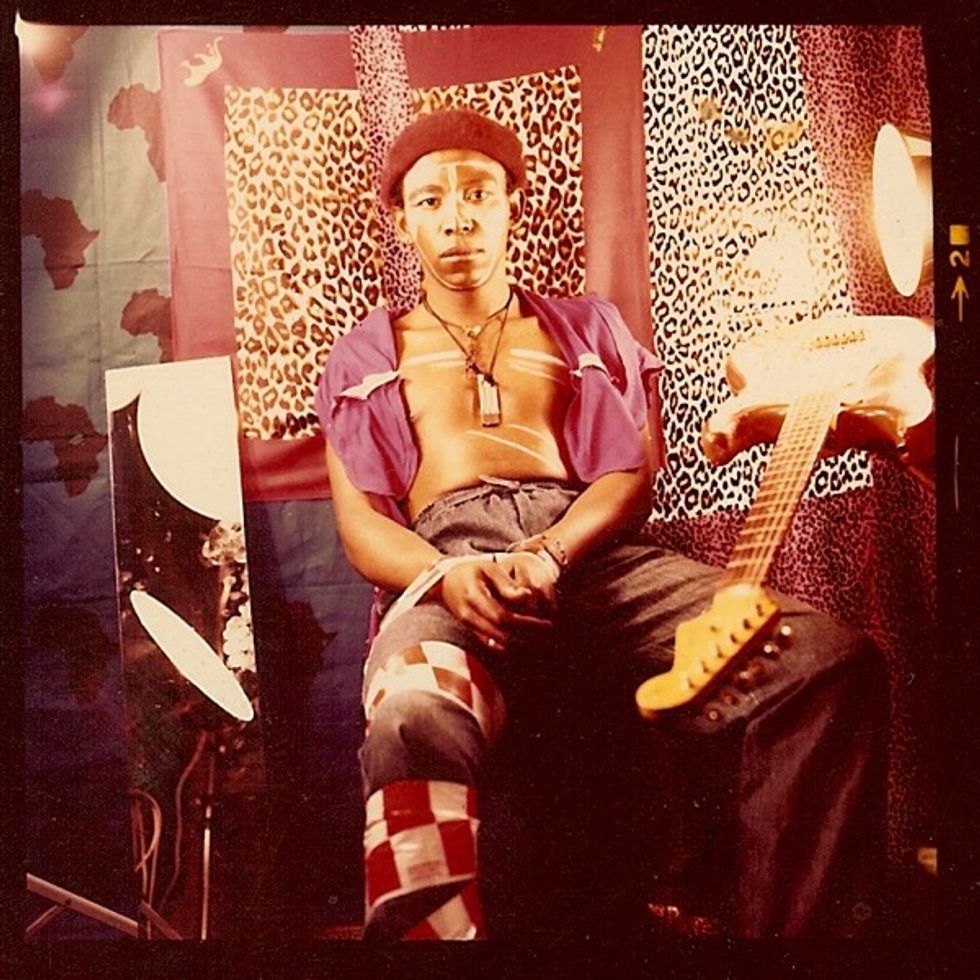 A review of 1979-1981 South African punk reissue from National Wake.

On October 8, the important (but in the U.S. previously unknown) South African punk band National Wake, a band Czech State Radio called "perhaps the most dissident music scene of the 20th century: a multi-racial punk band in a fascist police state," is issuing a new album of the band's songs, including six that made it to tape but never to wax. The band's sole released record, 1981's eponymous National Wake, sold only 700 copies before the band broke apart under the pressure of relentless police harassment, the restrictions of race laws, and eventual blacklisting.

After the debut of the extraordinary 2011 documentary film Punk in Africa by Deon Maas and Keith Jones, which heavily featured National Wake's Ivan Kadey, South Africa's Fresh Music label re-released that record, along with four additional songs, one of which ("Mercenaries") couldn't be released at the time in South Africa. This renaissance of an important band that never really got their shot the first time, as influential as they were amongst southern African rock bands to come, is happening with the heart of the band — the rhythm section of Punka and Gary Khoza having passed away before they could see it, unfortunately.

The new recording, National Wake: 1979-1981, contains remastered versions of five of the tracks from the original record, "International News," "Time" and "Place" (as close to a hit as the quickly blacklisted record ever produced), "Supaman"and "Wake of the Nation." It also contains the additional four tracks featured on the first reissue, the aforementioned "Mercenaries," as well as the squally "Stratocaster," the dreamy "Walk in Africa"and the thundering "Black Punk Rockers."

Adding to it are six songs which until now, never saw the light of day, "It's All Right," "Corner Stone House," "Speed It Up," "Beat Up the Lights," "Everybody" and "Vatsiketeni." It comes, in its CD form anyway, with an extraordinarily complete booklet, which includes an intro by Keith Jones and liner notes from Ivan Kadey and Steve Moni. The design is gorgeous.

First: the songs that have already been released. Despite the fact that the recordings have only been remastered, not remixed, the plangency of the original rather thinner recordings is missing. Still, the songs — full of punk heedlessness, reggae and African rhythms, and that kind of musical politics that feels not merely important but also fun as hell — seem to come alive, open up in three dimensions, turn into invitations, as all the best music of any genre does in its remastered state. National Wake was trying to imagine a freer country, and world, into being. And, at least for three minutes at a time, they do so.

Kadey started National Wake officially in 1979, but its seeds go back further than that, to jam sessions with Mike Lebesi in 1976. The songs on this album, including the previously unreleased ones, were all part of the 20 or so songs that formed the bands playlist at the time of the original recording session. "It's All Right" is an early demo, written by bassist Gary Khoza, an African expression of the unrequited love that everyone from the Andalusian Arab poets to Petrarch to Hank Williams favored.

"Corner Stone House,"a political song by Mike Lebesi, who left the band before the record came out, its main theme was a mbaqanga riff by Steve Moni. Mbaqanga is a Zulu-developed style of local music. Some sounds come from corners that are unrecognized, if you don't dance to this, you deserve an eternity of Mumfords.

"Speed It Up" is a funky Khoza brothers composition that, with its refrain of change your lanes, change your direction, used the metaphors of freeways and driving to express the desire for social and political change. It features the original lineup of the Khozas, Kadey, Lebesi on congas and cowbells, and Johannesburg musician Paul Giraud on lead guitar. (Punka could scream without raising his voice, an extremely exciting thing to listen to.)

"Beat Up The Lights" is a cartoonish word association that nevertheless manages to again use images of transportation (including stop lights) to talk about the desire for freedom from restrictive versions of life. Like "Speed It Up," it was recorded by the original crew. And they're right, it is "disgusting to see them know nothing of the outer space," a situation less common these days given Africa's energy in the field of space science.

"Everybody" is a Khoza brothers composition written prior to their joining the band and recorded in an old practice space. It's journey, from Johannesburg via cassette with Giraud to his new life in Malibu, to a second-generation copy lost in Kadey's basement prior to the original perishing in a brush fire that took Giraud's house, sounds like a song itself.

"Vatsiketeni" began as a jam by the Khozas and Kadey, captured on an old portable Nakamichi cassette recorder. The native lyrics are in Shangaan, or Tsonga, a language in the Bantu family; and the English lyrics quote the dub poet Linton Kwesi Johnson. Vatsiketeni means I'm warning you and Kadey writes in the liner notes that this late song represented the end, "when the bright-eyed vibe of 'we gonna dance apartheid to its doom' had evolved to imagery of bombs and violence."

It's always gratifying to discover a band that was never told music is a zero-sum game. This is a punk band in the original sense: fearless in the face of both rudeness and virtuosity, of Africa and the West, of anger and of love, National Wake always speaks in a distinct accent, regardless of which language they choose to communicate in.

The long and the short of it is this: the record's worth having, whether you have the original, the first reissue or both. The included records document an extraordinary moment in the history of music and its intersection with politics that were far from abstract. And the songs are incredible.

According to Kadey, "There are songs from the original album not featured and a brace of unreleased songs and various live versions I believe will see the light of day." Given the raft of precious garbage a contemporary rock fan has wade through for anything listenable (most EDM is punker than anything filed under "punk"these days) that's good news.

Grab National Wake's Walk In Africa 1979-81 out October 8 in the US from Light In The Attic.