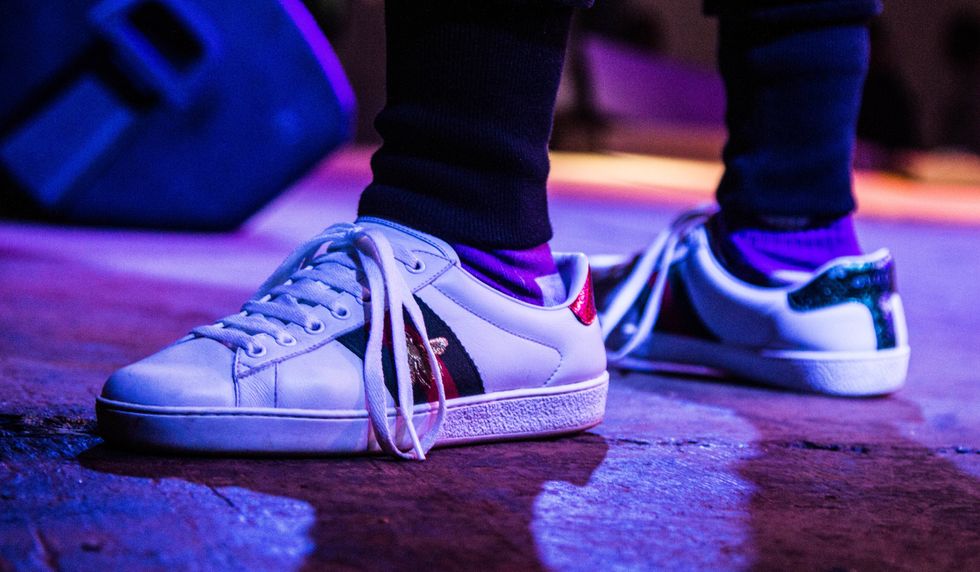 Our list of the best South African songs of the month includes new singles that dropped in August alongside those that were highlighted by getting the visual treatment.

Check out our selections below, which feature DJ Switch, Black Coffee, DJ Kaybee, DJ Tira, B3nchMarQ, Cassper Nyovest, among others.

DJ Switch "Son of the Soil" ft. K.O and YoungstaCPT

Two of the most vicious SA rappers, K.O. and YoungstaCPT, connect for a display of lyrical flair over a droning trap beat. Again, DJs do the Lord's work of curating a collaboration we could have only dreamed of.

On "Sgubu," Big Star pays homage to old school kwaito. The kick-laden song's tempo and overall feel is reminiscent of 90s kwaito. Him and his collaborator Kwesta also make reference to the genre.

Priddu Ugly and YoungstaCPT always make magic together. Their latest song, which is produced by one of the best on boards, Wichi 1080, is another gem. They spit lofty lines, and YoungstaCPT even pays homage to the late Ben Sharpa. Wichi 1080 is also proving that his skills expand beyond making beats, as he spits a potent verse. Definitely one of the strongest songs on Priddy Ugly's E.G.Y.P.T DLX album.

The lead single to B3nchMarQ's debut album We Had Hope is one of the strongest on the album. The duo ride a cloudy trap beat with a combination of singing and rapping as we've grown to expect from them. "Late Night" is catchy and displays the chemistry the two have on wax.

Black Coffee and David Guetta's collaboration, "Drive," features the vocalist Delilah Montagu. She impressively sings about driving a thousand miles into the dead of the night till she runs out of love for her bae. "Drive" is electronica meets South African house—Black Coffee's drum patterns anchor some subtle synths and pads.

Cassper Nyovest's latest single sees him return to what made him a household name—mixing hip-hop and kwaito on songs such as "Gusheshe" and "Doc Shebeleza." While in the past few years, the rapper has been dishing out a lot of trap singles ("Tito Mboweni," "Ksazoba Lit" etc.), on "Gets Getsa 2.0," he rides a bass-laden kwaito beat and takes it "back to kasi."

You can never go wrong with Buks on production. The "Fire Emoji" beat literally feels like flames. The beat is the perfect tempo for K.O., it's reminiscent of "Swagganova." A rap verse form AKA is rare these days, so this is indeed a moment. When AKA and K.O. get together, sparks… or rather fire emojis always fly.

In "Banomoya," which leans towards deep house, Busiswa delivers her lyrics in chants, as usual, the way kwaito artists and rappers do. She speaks of women who do their own shit and leave the party on their own. It's nothing we wouldn't expect from Busiswa, whose lyrics always touch on female empowerment without being preachy. She uses humor and her infectious personality to get her point across. TNS finishes the song off the song with a smooth vocal.

South African singerAstryd Brown roped in the rapper Nadia Nakaifor her latest single, "Lately," which was released in July. In the song's recently released video, the two artists spend some time in the desert on camelback and rock bikinis in a cruise ship. On "Lately," both artists spit some lofty lines. "Really, lately, I been on some shit/ Bitches over there, they can't relate," sings Astryd on the hook, while Nadia, in her verse, raps about rolling up in a drop top, lacing her hair icy, and champagne making her feisty.

DJ Tira and Prince Bulo roped in AKA and OkMalumKoolKat for a remix of their gqom hit "No Rush." OkMalumKoolKat has proven over and over again that rapping over gqom beats is a thing that can be done, and well. Supa Mega also sounds comfortable, and even incorporates some kwaito sauce in his delivery. What a time.

Red Button mixes kasi rap with trap pretty well. In his latest single, the MC raps about being too young to stress when he could easily pray. He even spits some lines about the late Pro, who was his mentor.

The song uses the tried and tested formula of blending kwaito and hip-hop, and the two rappers featured are the face of that kind of hip-hop. They spit sparse lines over a breezy dance floor-ready instrumental that's built on a deep bassline and subtle guitar riffs. We are likely to be gyrating to this at braais and clubs this summer.