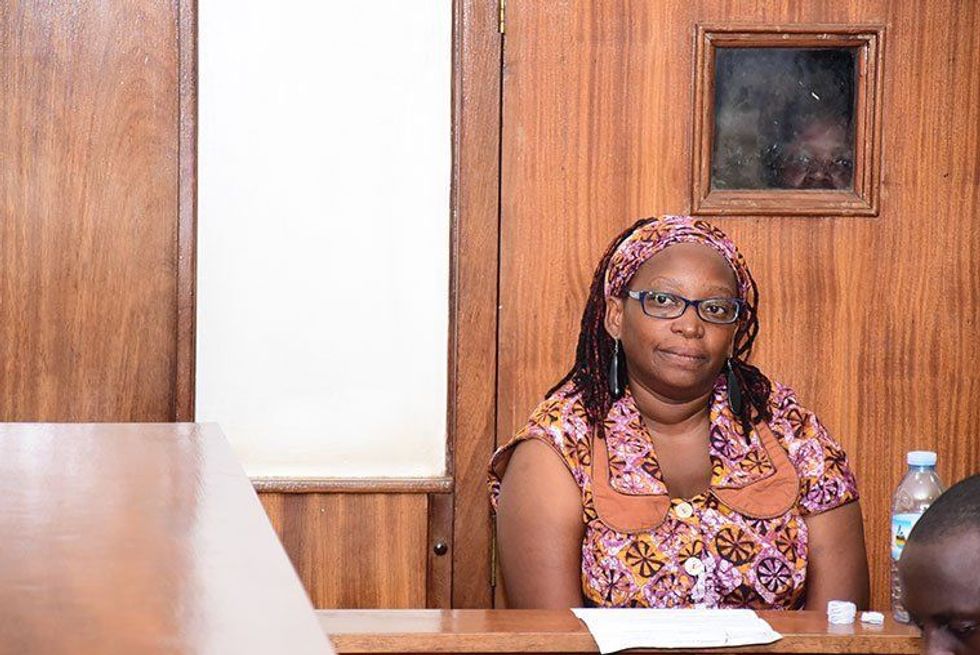 Outspoken Ugandan activist, Stella Nyanzi, faces charges of "cyber harassment" and more for speaking out against the president.

One of Uganda's most outspoken activists and academics Stella Nyanzi, is currently standing trial for charges of cyber harassment against the government after advocating for the provision of free sanitary pads to poor women in the country. Prosecutors also suggested that Nyanzi undergo a psychiatric evaluation after she referred to the president as a "pair of buttocks."

Her intrepid statements are not unwarranted, however. President Yoweri Museveni and his wife, Janet Museveni, had promised to provide free sanitary pads for young Ugandan women during the 2016 election. When they failed to deliver on their promise—citing tough economic times as the reason—Nyanzi started her own crowdfunding campaign to supply the items. She also took to social media to denounce Museveni's 31-year old regime for their lack of accountability.

In one particularly unsparing Facebook status, the professor addressed the first lady, who's sometimes referred to as "Mama Janet," directly, for her inaction:

She will never be Mama Janet to me. I should visit her without protection during my next menstruation period, sit in her spotless sofas and arise after staining her soul with my menstrual blood! That will be my peaceful demonstration in solidarity with Uganda's poor adolescent girls. Aluta continua!

Her words got her suspended from her job as a social science researcher and anthropologist at Makerere University in the country's capital.

This isn't Nyanzi's first run-in with the government, her unorthodox brand of activism, which often includes shock and humor—like the time she stripped naked during a dispute with her university—have landed her in the hot seat before. She often uses poetic language as well as song and dance to teach Ugandans about periods, STDs, and sexuality.

"She's the one person who has dared to come out strongly in the country and say what many have feared to say many, many times," Kasha Jacqueline Nabagesera, and LGBT rights activist told NPR.

Nyanzi appeared in court on Monday, and countered the charges brought against her, which also includes "disturbing the peace, quiet or right to privacy" of the president.

Her followers intend to keep fighting. According to her Facebook page—which her team is using to keep supporters updated with details about Nyanzi's trial and whereabouts—she is currently being held at Luzira Prison in Kampala.