Stogie T Totally Spazzes On Sway In The Morning Freestyle 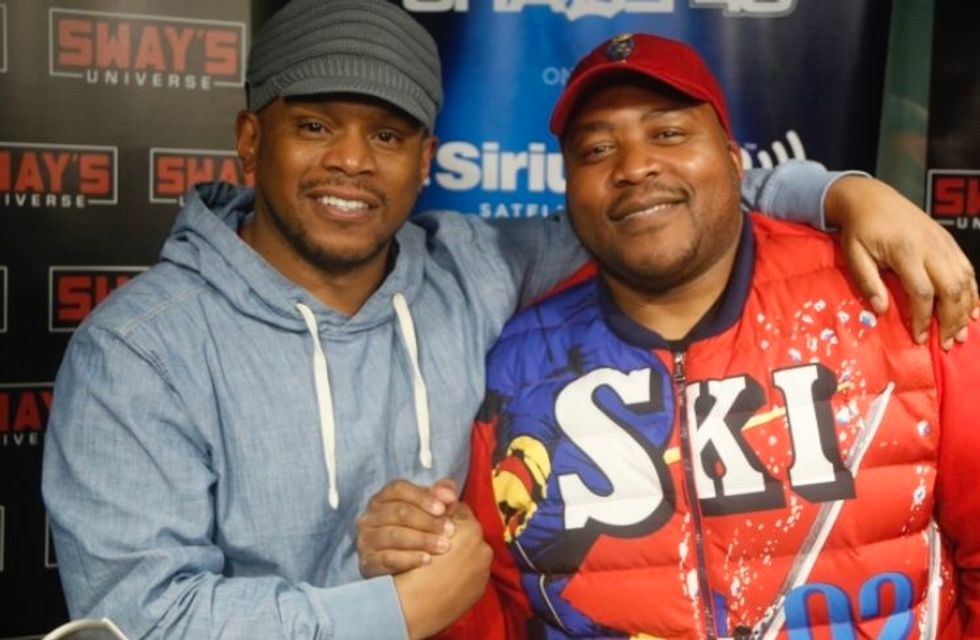 Watch Stogie T's interview and freestyle on Sway In The Morning.

South African veteran MC Stogie T (Tumi Molekane) is the latest SA rapper to grace Sway In The Morning, after the likes of AKA, Cassper Nyovest, Nasty C and Kwesta.

The MC's freestyle proves once again that he's one of the best to ever pick up a mic worldwide. Still sticking to the concept of honey and pain, in the freestyle, Stogie T talks about the good and the bad in the world deploying complex wordplay and rhyme patterns, as he always does. He makes reference to South Africa's complex history, and how the continent is perceived by the outside the world:

"I'm from the continent of poverty and long walk accomplishments

Where former heroes give birth to spoiled rotten kids

The opulent meet the poor cleaning their offices

We push rocket ships like Elon Musk, charge the whip

But still stuck in shit, cuz we don't got a pot to piss in

I'm bugging, still we can't tell a pastor from a pimp

I think Nelson, it's half a parrot, you get mixed messages"

He also demonstrates his vast knowledge of hip-hop and black history.

"These ready-made superstars, with tattoos and scars,

And you think they can save face with a few bars

They lukewarm, I'm in true form

38 like Jordan in Utah, killing them with the flu shot

Strus God, that means trust me, I'm nutty as RuPaul

What could you do bro?

When I promise you all the smoke, I am so Calvin Broadus to Snoop Dogg

This is the diary of a mad man,

Fam, I'm a giant amongst ants, like the tyrant from Baghdad

who sayin' (Hussein) I can't hang on camera?

Grew up on Hammers, M16 Hammers

No dances, miss me with MC Hammer

I'm a Kool G Rap alumni, these my handlers The kufi Nas from NY,

They gon' photograph a African prototype of a starving kid

But not show you the royal blue Aston Martin whip

It's complicated, and fuck vibranium, Educate 'em, we got ghettos too, and they orange-juice concentrated

But Bo Brady said be measured in your actions

Give them honey and pain, happiness and the anguish

And all the ones we almost broke, but still be calling hoes..."

In the interview, the MC briefly breaks down the history of South African hip-hop, shouts out the late Pro, HHP and Ben Sharpa and clears the air about his "beef" with Cassper Nyovest. He also contextualizes the role played by artists like AKA, Nyovest and Nasty C in the game.

The MC breaks down the concept of his latest mixtape Honey and Pain, his name change, and he also discusses apartheid, expropriation of land, mental health and more issues.

Watch the full interview below, and be sure to pick up a copy of Honey and Pain here.