All of the best social media reactions from Nigeria's 2-0 win over Iceland.

Nigeria just beat Iceland 2-0 in of the World Cup, leaving them second in Group D.

The Super Eagles started the game in shy form, putting together a first half performance that was at times cold and even dicey.

However, the second half saw the team wake up and fully charge forward. A change of formation had them attacking a lot more, which opened up a counter attack that led to Leicester City winger Ahmed Musa's incredible control touch and strike for the Super Eagles' first goal.

The two Nigerian stars link up for this Super Eagles anthem.

The World Cup is quickly coming up this week and, with just a few days before the first kick-off, we get this new Nigerian anthem from Olamide and Phyno.

"Road 2 Russia (Dem Go Hear Am)," which is being promoted as the official Super Eagles song, sees both artists big-upping their team and its star players—Victor Moses, A lex Iwobi, and Mikel Obi, all get shout outs—over a mid-tempo beat from Pheelz.

Olamide's recently taken part in another World Cup theme that's been making the rounds and getting tons of play, "Issa Goal" alongside Naira Marley and Lil Kesh.

Which one are you liking better for the Super Eagles World Cup anthem?

Listen to Olamide and Phyno's "Road 2 Russia (Dem Go Hear Am)" below.

Read: How Will African Teams Perform in the World Cup? 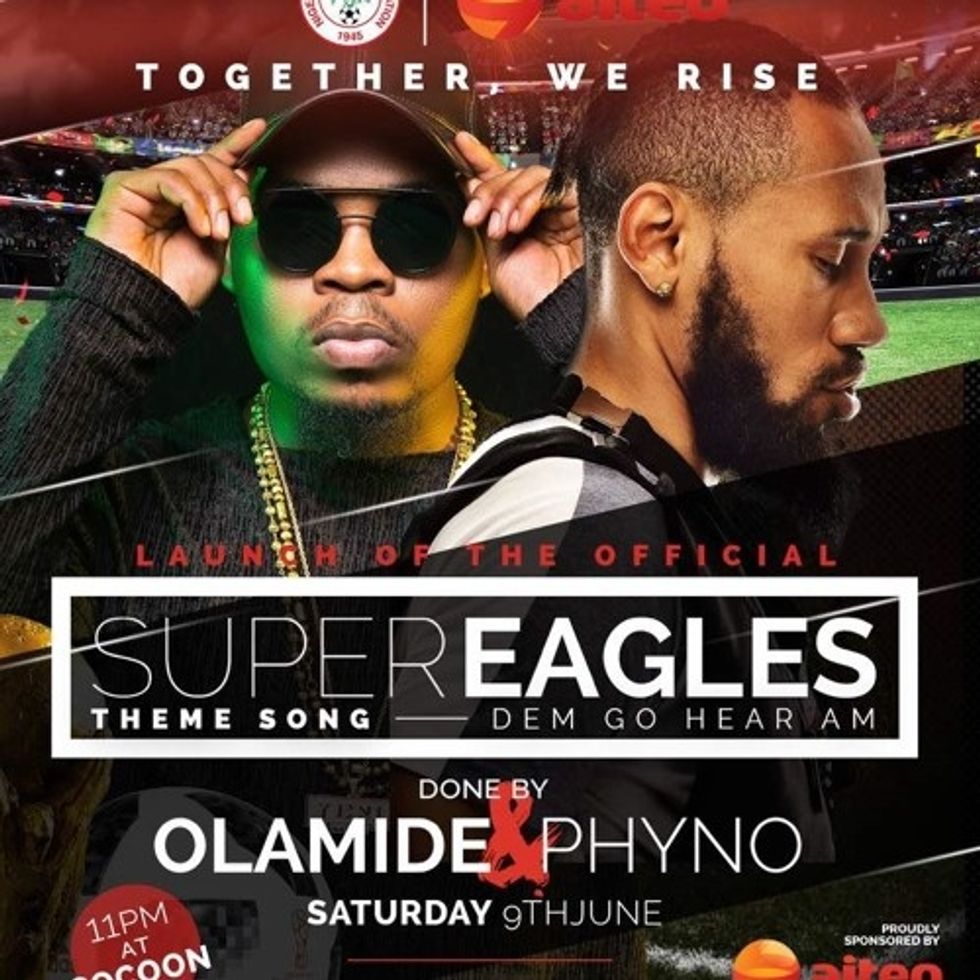 The Secret Behind Nike's New Naija Football Kits are Nigerians Themselves

The story behind the bold new uniforms the Super Eagles will be wearing at this year's World Cup.

Why are Nigeria’s Super Falcons Earning Significantly Less Than Their Male Counterparts?

Nigeria's national team, the Super Falcons are favorites in the 2016 Africa Women Cup of Nations in Cameroon but are dogged at home by low pay and sexist attitudes.

The Doctor is In: Kelechi Anyikude on What Ails Nigeria's Super Eagles

We profile the man who has become an unofficial ambassador for Arsenal football and Nigeria through his passionate take on the beautiful game.