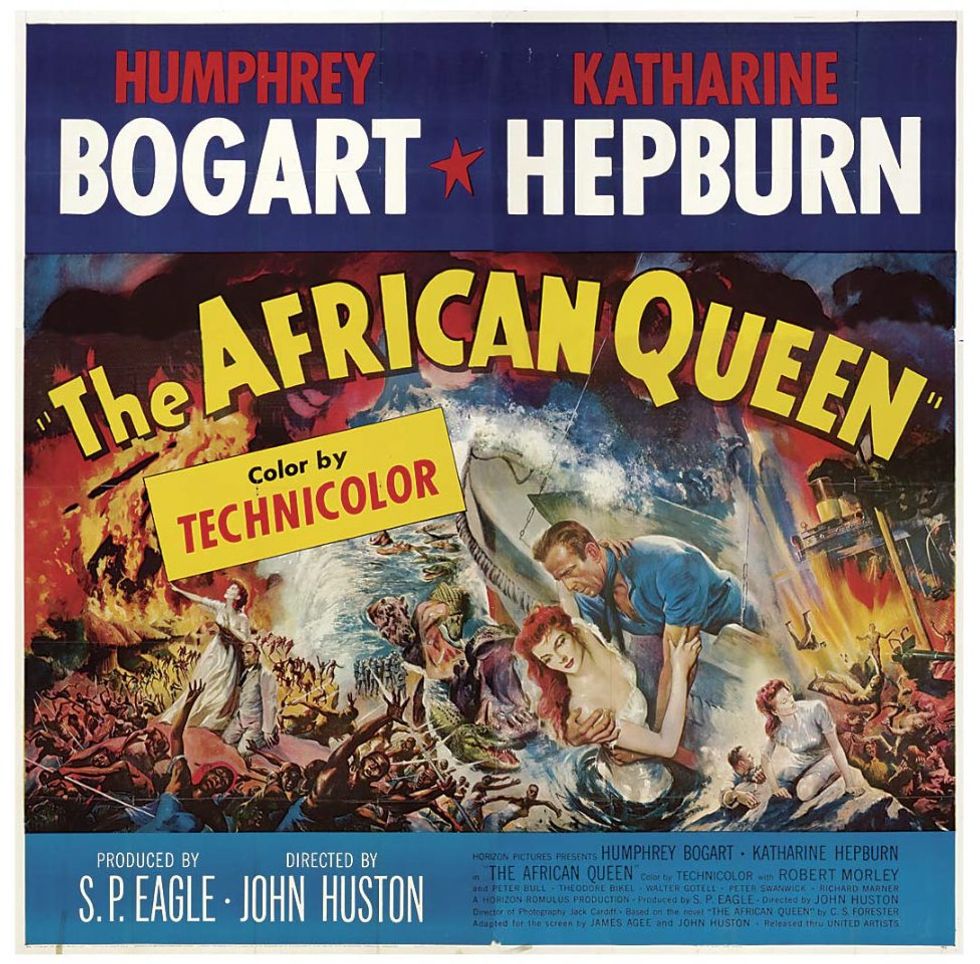 In this latest episode of commemorating colonialism, Stephen Bogart, the son of actors Humphrey Bogart and Lauren Bacall, will take a ride on the newly renovated African Queen in the Florida Keys today. What IS it with folks wanting to rehash the colonial past? The riverboat, which was originally named "The Livingstone," was used in the 'classic' 1951 film The African Queen (also starring Katharine Hepburn as a missionary). To be fair, Humphrey Bogart won an Oscar for his role as the boat's captain (or whatever riverboat head honchos were called) Charlie Allnut, and Stephen wants to honor that - cool. But it's corny to spend $60,000 to resurrect a wack colonial riverboat and then not acknowledge that crucial history. Enjoy the breeze on the African Queen in the Florida Keys. Read the full story here.