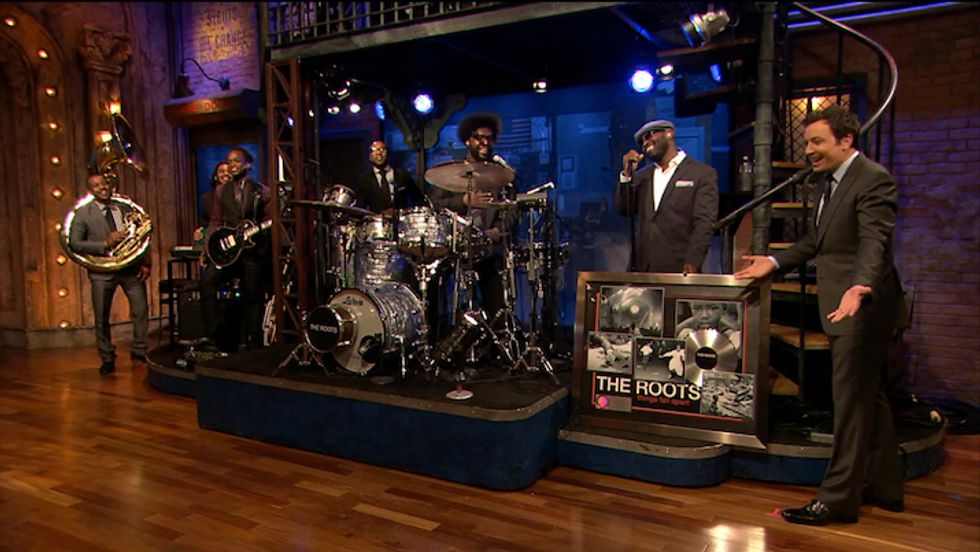 'The Tonight Show Starring Jimmy Fallon' will begin airing in Africa this September via MTV.

The Tonight Show Starring Jimmy Fallon is officially set to begin airing in Africa on MTV, who, according to Hollywood Reporter, has secured exclusive African TV broadcast rights to the program. The Tonight Show With Jay Leno previously aired on the continent on CNBC Africa until Leno's departure--but this the first African TV deal for Fallon's version.

Says Dillon Khan, channel director for MTV and VH1 South Africa, "We are delighted that Jimmy will be joining our line-up as star of The Tonight Show, and thrilled to be introducing this entertainment phenomenon to new audiences in Africa. We expect The Tonight Show Starring Jimmy Fallon to form a staple part of our audience’s daily viewing, with each show driving conversations among fans from the swings in the playground to the water cooler at work and everywhere in between."

Starting Wednesday, September 24th, The Tonight Show will air on weekdays at 18:00 CAT, along with an omnibus edition to air from 17:00 to 19:00 CAT on Saturdays and Sundays. MTV is currently available on the continent in Ghana, Kenya, Nigeria, South Africa, and Tanzania.

The move is expected to boost Viacom's presence in Africa. As Hollywood Reporter points out, the parent company of MTV international channels has made a recent effort to begin expanding on the continent, perhaps beginning with the return of the MTV Africa Music Awards (MAMAs) back in June.

For more from The Tonight Show watch Questlove take Okayplayer TV backstage for Fallon's Tonight Show debut. So far this year Stromae, Ghanaian/Ivorian/Norwegians Nico & Vinz, and the William Onyeabor Atomic Bomb! Band have all joined the Roots on stage at 30 Rock.