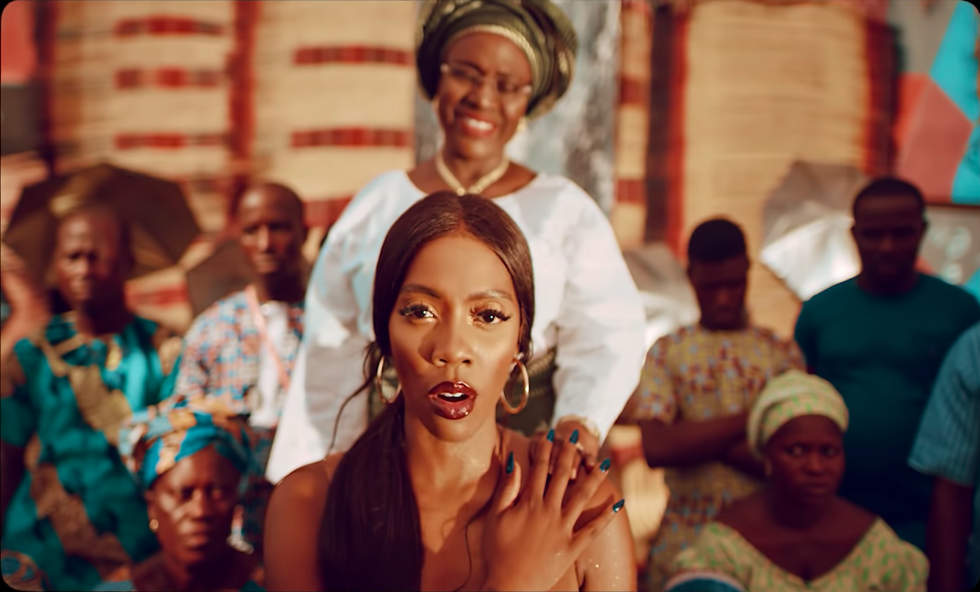 The singer returns to Lagos for the heartwarming video.

Last month, Tiwa Savage released the endearing single "One," a song where she expressed her gratitude for all he success, following her history-making win at the MTV Europe Awards. Now, the star singer has shared a stunning visual to accompany that ballad, directed by none other than Clarence Peters.

The music video sees the singer return home to Lagos, where she is warmly welcomed in the vibrant town of Osoroko. She gracefully performs on the beach, gathers with local children and residents, and shows that fame hasn't changed her too much—she still kneels down to greet her elders.

It's a stunning video, filled with vivid shots of Osoroko and its people. Both the song and video deliver plenty of feel-good vibes.

Check out some stunning shots from the video and watch the music video for "One" down below.