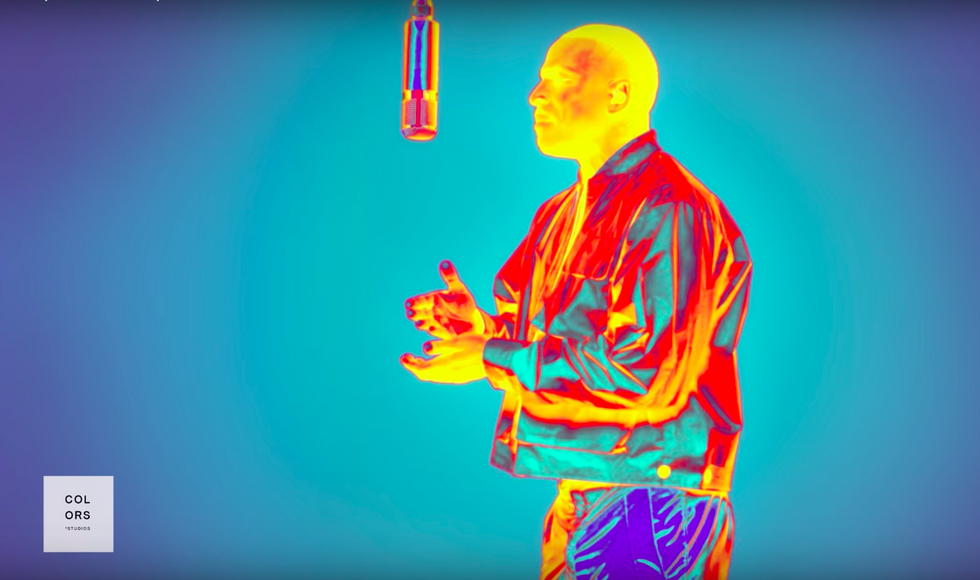 The British-Nigerian rapper is literally on fire.

Skepta dropped his highly-anticipated fifth studio album Ignorance Is Bliss last week, and it's been met with an overwhelmingly positive reception from fans.

Today, the rapper appears on popular YouTube seriesA COLORS SHOW, where he performed the album cut "No Sleep."

In true "Colors" fashion, the rendition is minimal and stripped down—except that this time, Skepta appears in full thermal vision for most of the performance, which makes his figure appear multicolored and luminescent.

The artist also recently sat down for an interview with his sister, the Beats 1 radio host Julie Adenuga, to discuss fatherhood, relationships and life beyond music.

Check out the visually striking performance below, and listen to Ignorance Is Bliss underneath if you haven't already. For more from Color Studios, revisit South African artist Sjava's recent appearance on the show.

Skepta - No Sleep | A COLORS SHOWwww.youtube.com