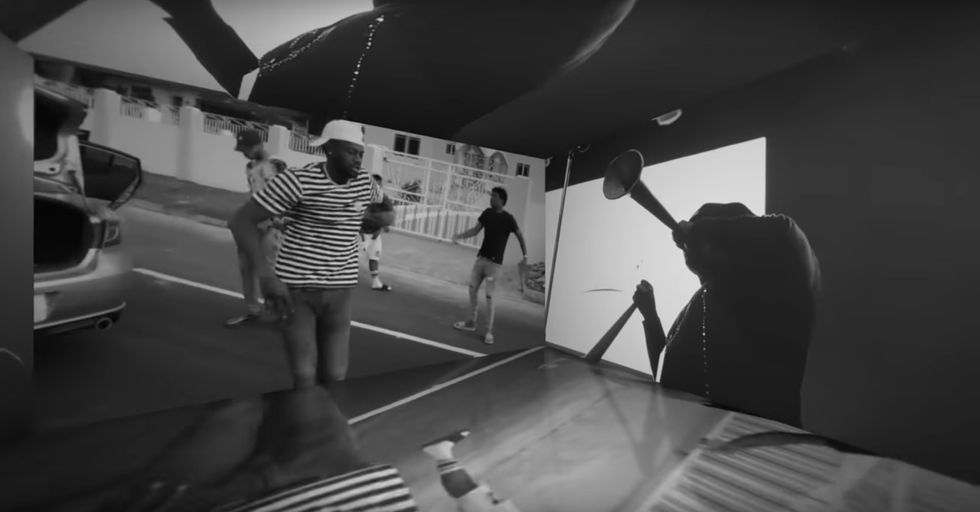 Wyclef Jean is a legend in the game. Not only does he have three Grammy wins beneath his belt, but his work with The Fugees will forever remain a part of hip-hop history. In his latest single, "Sak Kap Fet," the Haitian rapper does not shy away from highlighting his heritage and love for his country.

Now, he returns to premiere the official music video for "Sak Kap Fet," exclusively on OkayAfrica. Throughout his long and accomplished career, Wyclef has made it a point to put his home country at the forefront. Through starting multiple charities and even an attempt to run for President of the Caribbean nation in 2010, his affection for Haiti runs deep.

The term "Sak Kap Fet" means "what's up?" in Creole. The visual serves as a nod to his roots and represents Haitian unity and pride, as he searches for new young talent eminent.

Wyclef tells OkayAfrica, "Music is such a powerful force, it allows you to express who you are as a person, where you come from, and your background. In this video, Africa meets Haiti again. The first time we met was when we left Africa against our will and now we return back home. This is not a song, but a movement!"