Overstand: Driving Haiti to the Brink and Back 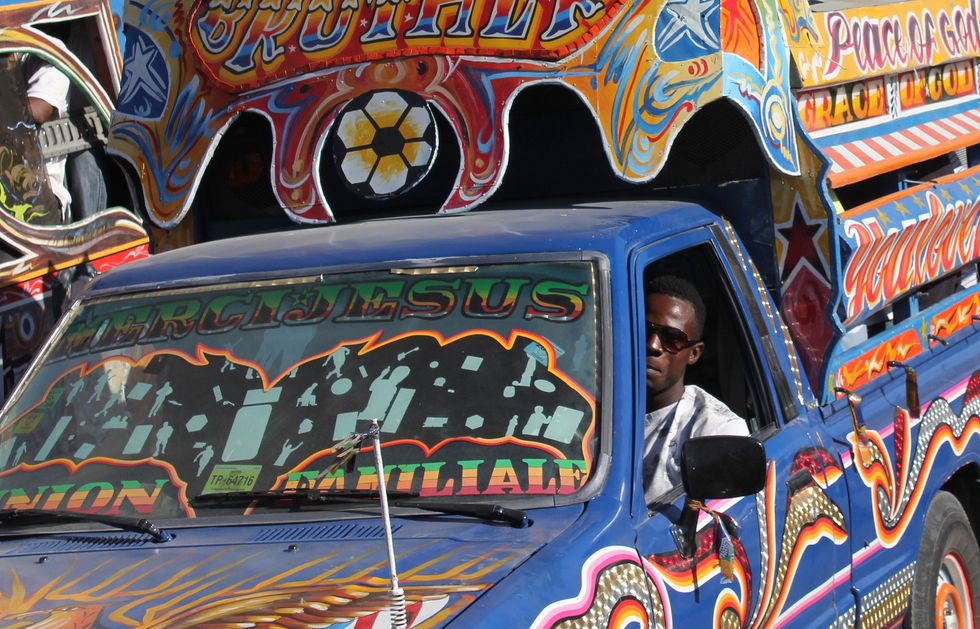 The popular protests that shut down Haiti this month began with a bet that Brazil would win their World Cup quarterfinal.

"A riot is the language of the unheard" - The Other America Rev. Martin Luther King, Jr. Grosse Pointe High School - March 14, 1968

July 6th, 2018 was an important and exciting day in Haiti as Brazil, the country's unofficial favorite team, squared against the "red devils" of Belgium in the quarterfinals of the World Cup. Life in the country had essentially stopped and most Haitians could be found huddled around small TV screens to watch the game.

While rumors had been swirling around for months that the government would be raising fuel prices, no one really thought they would. However, on that fateful day the news broke approximately 10 minutes into the match that the government had officially raised fuel prices. No one knew at that point that those increases amounted to 38 percent on gas, 47 percent on diesel and 51 percent on kerosene, which is mostly used by poor household in lanterns.

In a country where roughly a quarter of the population live on less than $2 a day this increase would have taken a gallon of gasoline from $3.39 to $4.68. Since Haïti largely relies on generators for power, this would cross cut everything from transportation to the costs of food staples. This decision taken as part of a financial agreement between the Haitian government and the International Monetary Fund (IMF) would give Haïti access to $96 million in low-interest loans and grants.

The decision by the government, led by President Jovenel Moïse, to announce the increases during the Brazil/Belgium game was essentially a bet. The logic was that since the game was on a Friday, if Brazil won, the impact would be minimized because the people would be out celebrating over the weekend. Essentially, the announcement of a major public policy hinged on a Brazilian football team playing half a world away. No one knows whether things would have turned out as they planned because unfortunately for the Haitian government Brazil lost to Belgium 1 to 2.

Within minutes of the match ending, people started pouring out into the streets and the protests began. Every major artery and secondary roads were blocked with makeshift barricades and burning tires. Typically, the countryside towns escape any volatility in the capital, but even the other major cities like Cap-Haïtien in the north, Jacmel in the southeast and Aux Cayes in the south were affected. What followed were nearly two full days of protests and looting of banks and businesses. As the event unfolded on Friday, most people were unable to travel and had to seek shelter in place. All flights were cancelled and the capital was essentially shut down until late Sunday night.

Even after the former Prime Minister Jack Guy Lafontant announced mid-Saturday that the fuel hike had been put on hold, the population, emboldened by the protests demanded further that Moïse step down. Lafontant resigned one week after the riots started, effectively requiring that all ministers be re-appointed.

After almost 36 hours of instability, President Moïse addressed the population late Saturday night, expressing that he had heard the population's frustration. The decision was indefinitely reversed and the gas prices lowered to original amounts. What seems most curious about this price hike decision, is that Moïse, as a presidential candidate, two years before criticized the interim President Privert for suggesting an increase.

Following the weekend of unrest, the private sector, that usually copes with issues of instability with perpetual "resilience," by picking up the pieces and moving forward, sang a different tune. Many private sector groups called for a shutting down of all private businesses until the Haitian government was able to propose safe guards for their businesses.

As we, people that were sheltering in place during the protests and the strike by the transportation sector the following Monday, fielded calls from loved-ones about our safety, these questions came up over and over again "what causes such instability," "why do people destroy their own country to make a point," and "why does it always feel like Haiti is going in reverse?"

It is difficult to answer these questions without first explaining the complicated history of Haïti and her people. For the sake of brevity, I will forego Haïti's long and tortuous history with the French and its subsequent occupation by the United States followed by embargoes, and numerous coup d'états.

For those of us who love and work in Haïti, we understand that despite the pride of being the first black republic in the world, our reality has been marred by foreign intervention and internal corruption. The great majority of the population living in the rural have never been fully integrated into a modern state and barely receive any state services like education and health. This lack of opportunity combined with the exploding population growth has resulted in an exodus to the cities. This problem is particularly egregious in Port-au-Prince a city that was built for 300,000 residents but that now has almost 3 million.

Activist, business owners, citizens, and Haiti enthusiasts alike, are learning the reality that we must work with the hand we were dealt. President Moïse, a political novice, was hand-picked by his predecessor Michel Martelly, a carnival singer turned politician. Martelly's regime was fraught with its own political scandals, including the misappropriation and waste of nearly $3 billion from the Petro Caribe funds. President Hugo Chavez of Venezuela put this program in place, which allowed participating countries like Haïti to pay a portion of the bills from oil sales and repay the balance over 25 years at 2 percent interest rate.

One thing is clear; Haïti's government is in dire economic trouble but less clear is whether this administration has the capacity and the legitimacy to bring about the changes required. Whatever happens, it seems that the populace is coming into its own to understand that the answer starts with better governance and tighter management of the country's limited resources. And that answer only happens when the population is engaged as citizens. The public sector must find ways to curb fraud and abuse of public money. For example, a current scandal rocking the nation is a Senator with a housing rental costs of $118,000 per year paid out of state funds. Some other options will include tighter control of Haïti's border with the Dominican Republic where the government has acknowledged it is losing between $400 and $450 million dollars per year. The private sector will also have to do its part as the government reduces the abuse in the exemptions that are provided.

Regine Theodat, is a freelance writer, and lawyer, based in Haiti. She works at the cross section of human rights, economic development, and agricultural related business. She owns her own food production company and leads a non-profit working in education and sustainable business development in the countryside of Haiti. You can follow her on LinkedIn, Twitter, and Instagram.