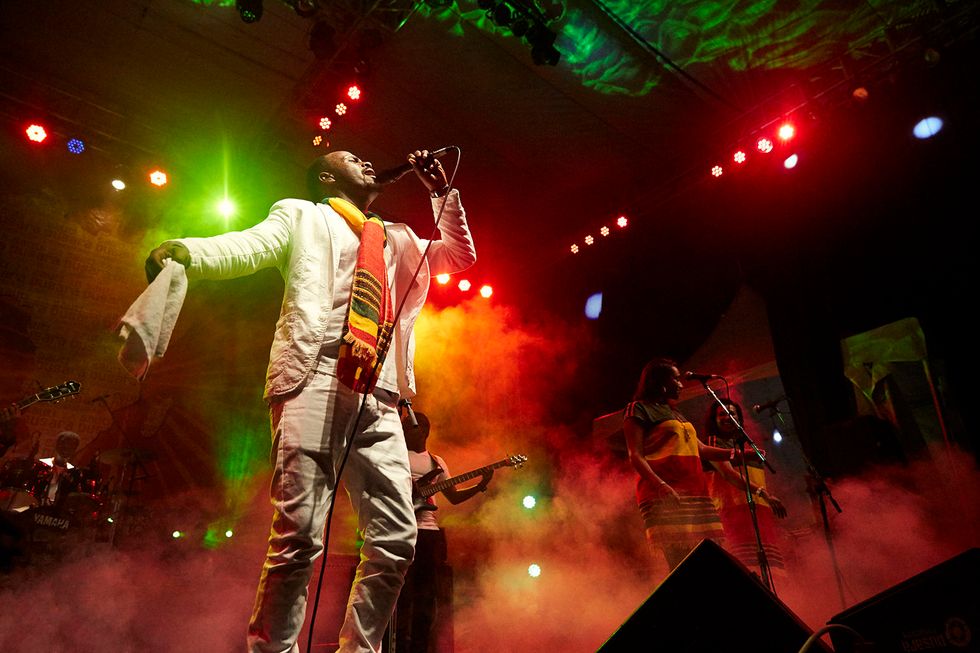 Zanzibar's famous Sauti za Busara ('Sound of Wisdom') festival is widely regarded as one of the best music festivals in East Africa.

Zanzibar's famous Sauti za Busara ('Sound of Wisdom') festival is widely regarded as one of the best music festivals in East Africa.

The festival returned earlier this month after failing to take place in 2016 due to a lack of funds.

We sent photographer Nicky Woo to cover this year's festival and she came back with these incredible photos below.

Little girls dress up to attend the opening parade.

Dancers dress in ragged shorts & Blackface in commemoration/ode to the slaves of Zanzibar.

Traditional band taking a break after the opening parade of Sauti Za Busara 2017.

H-Art the band had the most energy and joy of any the acts. Total crowd pleaser with their style!

Incredible performer! This is the first time that an East African concert series has invited so many different West African (Ghanaian) bands to perform. Kyekyku is a young guy from Ghana who makes traditional music fused with an incredible, dynamic performance. The crowd loved him!