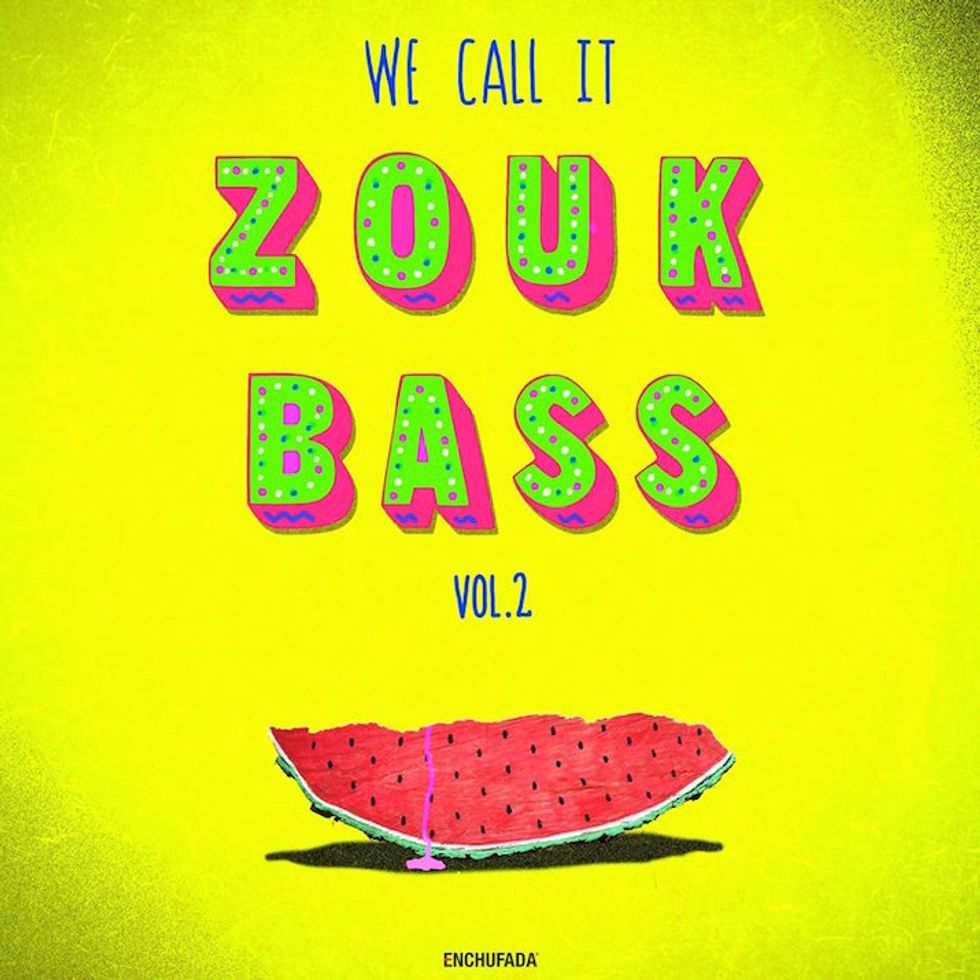 Buraka Som Sistema founder Branko and Poté give us two slow teasers to 'We Call It Zouk Bass Volume 2'.

Buraka Som Sistema founder Branko and St. Lucia/London producer Poté come through with two slow and pumping bass teasers ahead of the second installment of Enchufada's We Call It ZoukBass, which drops next week.

Buraka Som Sistema and their labelmates continue to creatively push themselves in their exploration of the sounds of zouk bass, a screwed take on 80s French Antillean zouk music that Buraka introduced in a 2013 Boiler Room session. The group's "Zouk Flute" and Riot's experiment with dark electronica in his Originator EP gave listeners everywhere a 360º view of the loose genre. Branko's "Lost Arps" is no different, showcasing a sensual version of zouk bass, deepened with rhythmic drums and echoed with layers-upon-layers of synthesizers. While newcomer producer Poté's "Zhoukoudian," premiering here today, runs on a trot-pace beat and reverberating horn samples. Never a set genre, however, zouk bass is "more of a gathering of styles that are demanding dancefloors to slow down a bit," a press release explains.

Stream both Poté and Branko's tracks below, which will be available February 16 on Enchufada's We Call It Zouk Bass Vol. 2. Until then, revisit the first volume of We Call It Zouk Bass featuring producers JSTJR, Mala Noche, DZC Deejays and more. If you're in NYC, catch Branko at our upcoming Okayafrica Electrafrique party March 4 in Brooklyn (FREE with RSVP).