Africa Does It Better: Here's What Happened at 1-54 Contemporary African Art Fair Marrakech 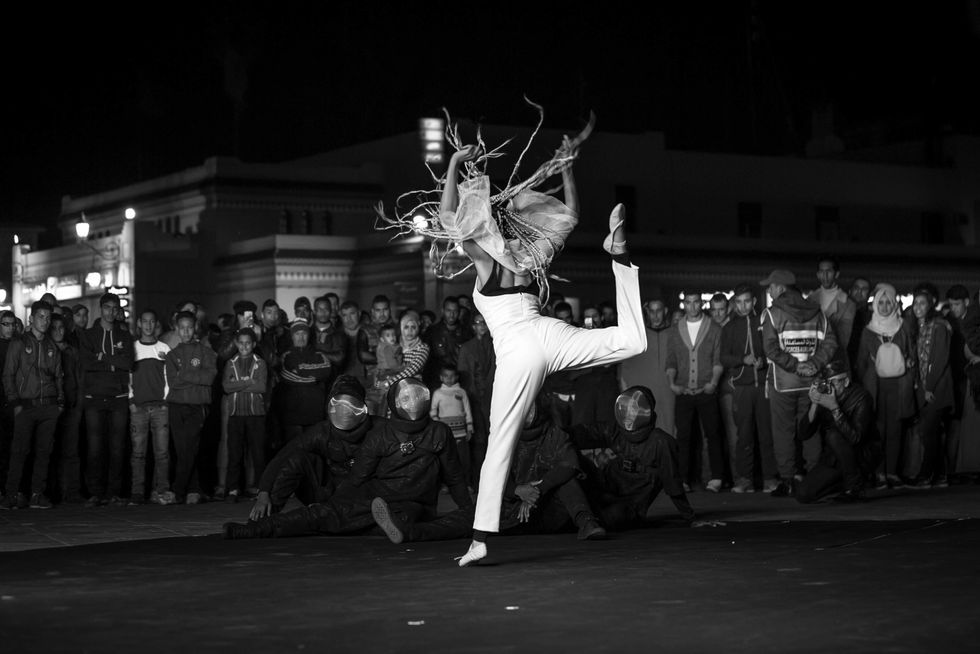 1-54 Marrakech was all Africa, everywhere.

"Africa does it better" is the concluding sentiment from last weekend's 1-54 Contemporary African Art Fair in Marrakech—the first edition of the Europe-born fair on the African continent.

1-54 was held in La Mamounia Hotel, one of the most glamorous venues in Marrakech. Cosmopolitan and elegant, the hotel was an emblematic setting for the fair's African "homecoming." Such an esteemed launching point set the expectations of the fair high. Another factor to the anticipation of 1-54 Marrakech was the fact that the fair was the banner event of an art-filled weekend. 1-54's other editions in London and New York run concurrent to major international art fairs in those cities, therefore 1-54, both smaller in size and niche in its focus, is an auxiliary event. Last weekend, however, there was no buffer—1-54 was the featured event. The international arts community had Marrakech, and truly all of Africa, on radar.

The fair excelled. The celebration of art was a pan-African event: Over 4,000 local and international visitors attended 1-54, the fair reports. Among spectators and collectors were representatives from other African art institutions, like the Smithsonian National Museum of African Art hailing from Washington, D.C., and Cape Town's Zeitz MOCAA.

Local art institutions added to the celebration by debuting impressive exhibitions on African art. The opening night of the exhibit, Africa is No Island, at the Museum of Contemporary Art Al Madden (MACAAL) was especially spectacular. That night, two lanes of taxis snaked outside of the museum compound's long, palm tree-lined driveway. At the entry door, red carpets, velvet ropes and a strict guest list made this an out-of-ordinary art event.

Housed inside a fabulously modern museum, the exhibit Africa is No Island gathers over 40 emerging and established photographers from across the Africa continent, who "reinvest the imagination related to the African continent and address universal cultural issues such as tradition, spirituality, family and environment in the context of daily and current experiences." Photographers featured in the exhibit include Sammy Baloji,Joana Choumali, Fatoumata Diabate and a lineup of Moroccan artists as well.

The indicator of the exhibition opening being a particularly African celebration was felt outside: A massive tent erected on the museum grounds featured live music performances from Congolese, Moroccan, and east African bands. In true African fashion attendees ate and danced until early next morning.

Montresso Art Foundation, an artist residency and art space in the Moroccan countryside, also debuted an exhibition on African art. In-Discipline #1 showcases five Beninese artists—Dominique Zinkpé, who is also the curator of the show, Charly d'Almeida, Gérard Quenum, Nathanaël Vodouhé, and Ishola Akpo—whose works "mirror the reflections of our world and continent" through various mediums. Another breathtaking display of African architecture and design, Montresso sits against the backdrop of Morocco's snow-capped Atlas Mountains.

The 1-54 experience in Marrakech was refreshing in that its unapologetic tone of Africa prevailed. Whether indoors in any of the well-appointed venues and observing collections of the world's best art, or outdoors in the Moroccan medina witnessing the electric pace of Marrakech, it was all Africa, everywhere. 1-54 raised the profile of the art scene in Marrakech, and perhaps more importantly, also elevated the perception and understanding of what Africa can produce—both in the minds of non-Africans and Africans alike.