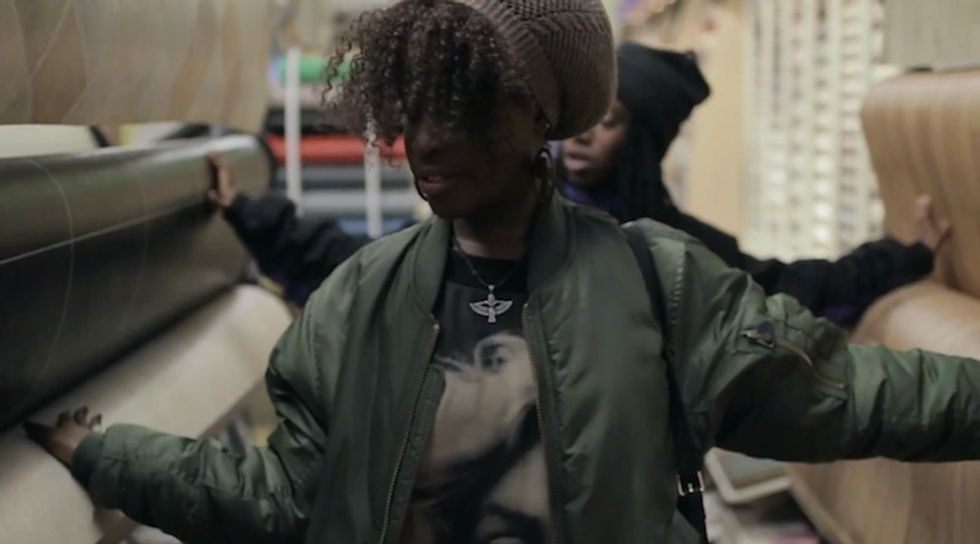 In February UK filmmaker Cecile Emeke's dialogue-focused Ackee & Saltfish debuted as a short film and subsequently as a weekly web series. "Emeke’s portrayal of two young Black women is unlike anything else on TV or the web right now," Okayafrica contributor Adwoa Afful wrote in her review on the project. "Yet something about it feels familiar. There’s no contrived romantic subplot, no barriers the characters need to overcome, no existential crises they need to work through. Rather, Emeke has the confidence and skill to let her characters do what two young Black women are so rarely allowed to do on screen – just hang out."

So far in the series we've seen best friends Rachel (Vanessa Babirye) and Olivia (Michelle Tiwo) banter over Lauryn Hill concert tickets and the desirability of "back bread" (the star and end slices in a loaf of bread). Now, the show returns with its third installment, "The Carpet Shop." The latest episode is a fly-on-the-wall look at what happens when rain in Holloway causes the friends to seek shelter inside an empty carpet shop. Catch up on episode one, "The Lauryn Hill Tickets," and episode two, "Breakfast," and subscribe to the full series. Watch episode three of Ackee & Saltfish, "The Carpet Shop," below, and stay tuned for our continuing coverage as episodes become available each week.