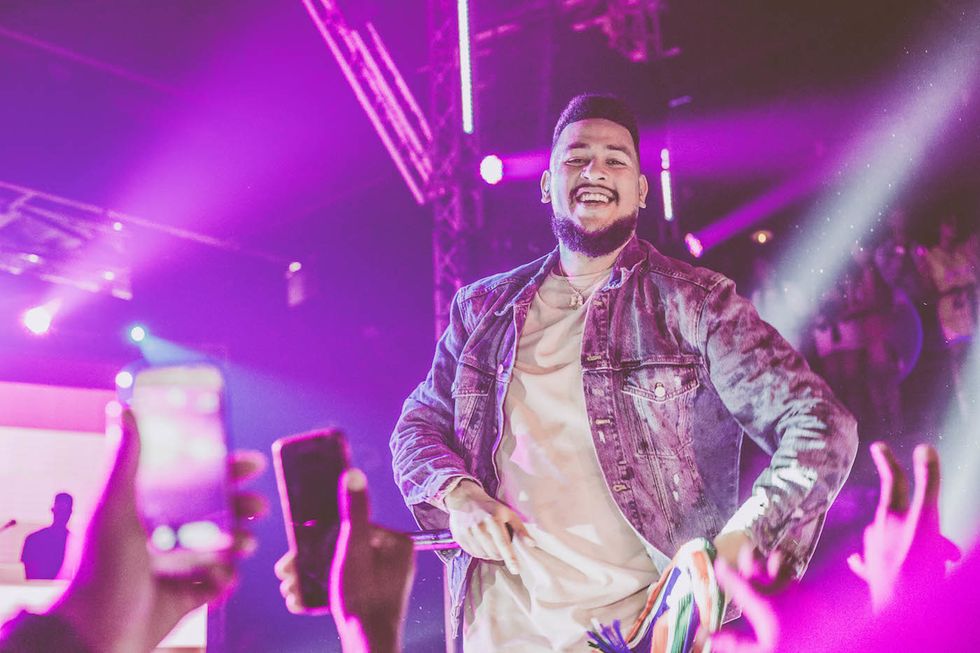 South African hip-hop superstar AKA's sophomore album, 2014's Levels, just went double platinum (80, 000 copies sold). The artist shared the news with his Twitter followers yesterday, alongside a picture of the plaque and another of him posing with his producer Master A Flat and administration members of Vth Season, the label he released the album under.

Levels is so far AKA's biggest selling album. It went platinum a year after its release, and has two gold certified singles; the Da L.E.S and Burna Boy-assisted "All Eyes On Me" and "Run Jozi," which featured K.O. and Yanga Chief.

Supa Mega's latest album Touch My Blood went gold within the first week of its release. The album was also downloaded illegally more than 300,000 times.

Levels was critically acclaimed, and, in this writer's opinion, is a South African hip-hop classic. On Levels, the artist and producer crafted a unique sound, blending hip-hop and dance music.

Revisit Levels below (or download it here), and read our take on AKA's latest album Touch My Blood here.