Ghanaian artist Amaarae pens an original text exploring being a "black artist and a disruptive female voice in an industry dominated by men" and her new single "Like It."

Thank God Herself
A capsule of short stories.


Women are the purest source of divine energy. Without us, there is no life force and therefore no tools for man to create. As an artist, and most importantly a woman, the desire to tell stories through sound is bound to a singular goal: nurturing an environment for any and all kinds of women to liberate their souls, to free their inner-most desires and to embrace their best and worst selves. Below is a capsule of three unique moments that have defined my journey as a young woman in search of herself and her purpose. These moments have been pivotal to my understanding of this world and the space that I occupy in it as a black artist and a disruptive female voice in an industry dominated by men. Not all of these moments are solely unique to my human experience. Though some are expressed from my perspective, they are the stories of sisters, friends, and even strangers– All women. All honest accounts of life changing events. All written in different styles to honor each distinctive truth. 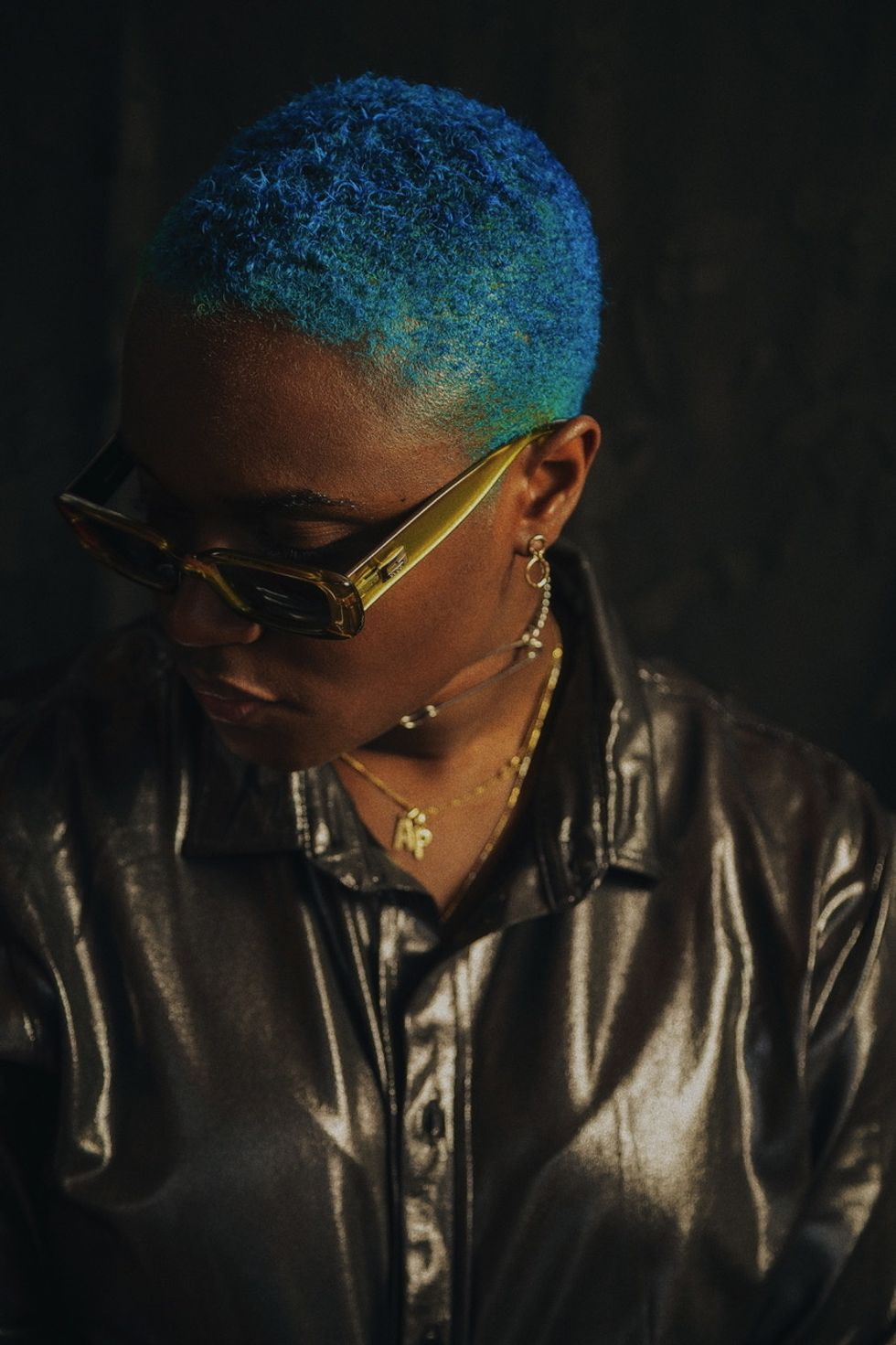 Amaarae. Photo courtesy of the artist.

Why do you hate me?


Liberation found its way to a little girl when she reconciled her first trauma all by herself—because big girls understand that when a man four times your age takes you as a lover, it must be a result of his own dysfunctions. The burden of his action is not yours to bear. It found its way to her once more at fifteen, when she reconciled her mother's traumas. Her father's palm, a noose. His fingers elongated. They curled around her mother's neck, extracting each breath for himself. Because this woman, inhabiting the house that he built, free of charge, must repay his kindness in blood. Since caring for his young was not enough. Toiling each day to find fondness in his ways was not enough. Making love to him in spite of herself was not enough. The last time liberation found its way to the little girl, she had become a woman. Her final reconciliation—a sad affair with a temperament unable to contain love nor redefine it's atrocities. She found freedom in evading the fear that intimacy would bring her, and the consequences of when she would find it. Now in full bloom, she is forced to confront her pain, trying this time to emancipate herself and her lover.

A conversation with Alexis.


My mother was ironing clothes for work. The smell

of freshly-ironed clothes always put me at ease. I may have been five years

I didn't have a task. I had no reason to be there. I was just bored,

in a fascinated way.

The steam rising up from the clothes

that the iron was hot, but I still wasn't quite sure.

That fact wasn't yet tangible to me.

that only a frustrated, young mother could give,

especially since she had the baby, hoping that it would replace

the love of her recently deceased mother. My mother was frustrated,

because I was another pressure to find answers in life.

So I put my whole hand, fingertip to palm, on the plate of the iron.

I landed my hand on that plate as fully as I trusted and believed in my mother.

For the rest of the week as we iced and re-packed my blisters,

I tried to figure out why my hand 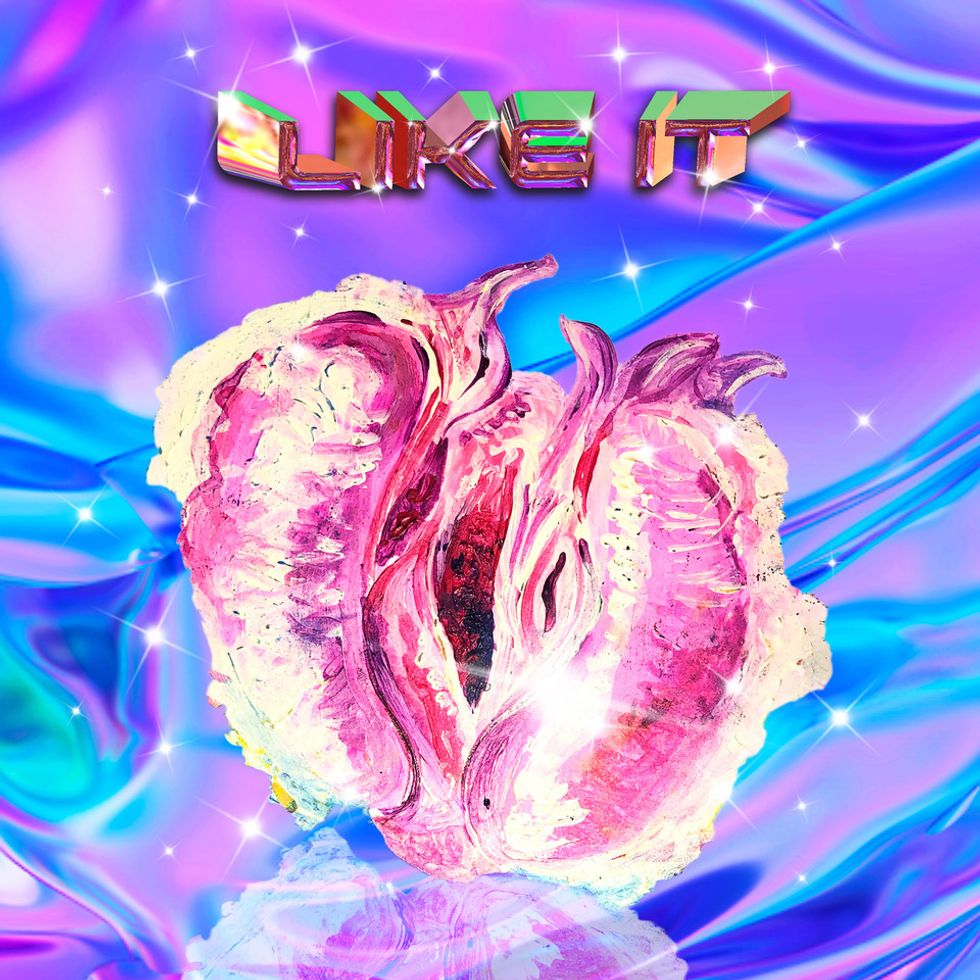 
Dipo wondered how his wife had fallen so far from herself, negotiating with her through desperate eyes to return to him, to their children. He knelt across from her and leaned forward. His desperation infuriated her, and in an effort to frustrate him further, Ehma decided to break her silence.

He stumbled in amazement, tilting his head so that his line of sight caught her cheekbone. Dipo remained silent.

"I once was a woman in hopes of expanding from nothing, and have resolved to settling in the middle of nowhere but this shack with you and those poor little girls. I understand their grief. I am aware of it, but honestly Dipo, I do not care to carry this burden. You have made me a miserable woman and in turn made your daughters miserable too. That is what you do, you make women tired and angry. Since your first wife failed to spare me the pain of meeting you, loving you under false truths, and marrying you, I will spare the next woman this same pain."

"You are dead, you are so fucking dead."

"Ehma, I built the bed on which our children were conceived. Ehma, I have given you a home, whether it be straw or tin or wood or brick. It's still a roof and you are a crazy, ungrateful fool. If you really mean it, then go ahead."

Ehma, suddenly a widow and childless, had finally awakened from the brief lapse in judgement. A moment of madness despite its efforts to maintain permanence, was abruptly dismantled. As she sat facing the last standing wall of the hut, Ehma drew projections of the past unto the vacant wall: the sadistic banter that fueled her and Dipo and the emotions that reduced her home and her family to cremated remains. Where there was a window that once ushered in light, Ehma stood and remembered the reverberations of her husband's burning voice, the flailing arms and feet of her two daughters, the brilliant slits of cobalt and orange that stained the scene of a woman driven to murder by her mundane existence, thinking her only source of redemption was to set fire to the mud shelter and the man who built it.

As we continue to evolve and become more self aware, it is important to be patient with ourselves. Though pain is by no means a measure of strength, many of us are able to love, create, parent, aid and console because of the traumas we have confronted. For any woman reading this who may have seen herself, her mother, her sister or a friend in these passages, our duty is to pass on the message. We must continue to write and rewrite our herstories for our daughters and most urgently our sons so that they do not emulate the shortcomings of their fathers. Love and perseverance are our most powerful allies in these times. Each new day our call to action. For that, we must Thank God Herself.

Chioma Rowland, the fiancé of star Nigerian musician Davido, has tested positive for the coronavirus.


The artist shared the news via Instagram on Friday, writing that he and 31 people on his team decided to get tested after returning back to Lagos from abroad. While he and the rest of his team received negative results, Rowland's test came back positive.

"Unfortunately, my fiancé's results came back positive while all 31 others tested have come back negative including our baby," wrote Davido. He added that they both showed no systems, but would be self-isolating as a safety measure.

"We are however doing perfectly fine and she is even still yet to show any symptoms whatsoever. She is now being quarantined and I have also gone into full self isolation for the minimum 14 days," he added. "I want to use this opportunity to thank you all for your endless love and prayers in advance and to urge everyone to please stay at home as we control the spread of this virus! Together we can beat this!"

Heavyweight Ghanaian-British producer Juls shares his first offering of 2020, and it does not disappoint.

"The song dubbed "Soweto Blues" is a song depicting the love, sadness and fun times that Soweto tends to offer its people," read the song's YouTube description. The video premiered earlier today on The Fader. "The energy is amazing, the people are lovely and I've found a second home — especially the vibrancy of Soweto," the producer told The Fader about his trip to Soweto for the making of the video "Jaz Karis is singing a love song, which is symbolic of my new love of Soweto and I'm honoured to have worked with Busiswa whom I have been a fan of for a long time."

Fittingly, the music video sees Juls traveling through the township, taking in its sights and energy. The video, directed by Nigel Stöckl, features striking shots of the popular area and its skilled pantsula dancers.

Malians are set to head to the voting polls this coming Sunday in spite of the coronavirus outbreak and a raging jihadist conflict.

AFP reports that President Ibrahim Boubacar Keita announced that the parliamentary election would continue "in scrupulous respect of protective measures."

Here's a Playlist of Chill Songs to Relax to at Home