Here's Where You Can Watch South Africa, Liberia-Based Films 'Ayanda' And 'Out Of My Hand' This Fall 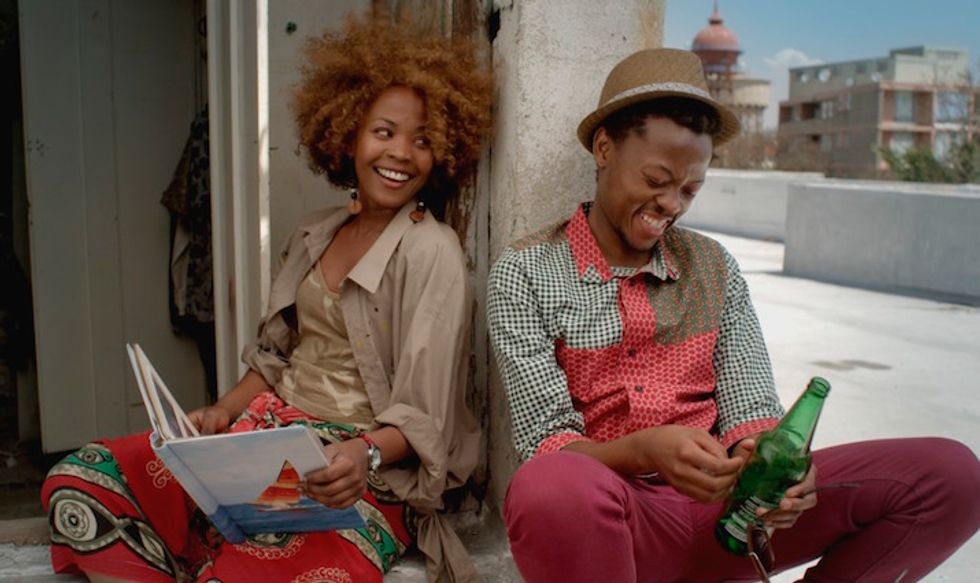 If you're a moviegoer hungry for films that reflect the breadth of experiences within the African Diaspora, then you're in luck.

Ayanda premiered at the 2015 Los Angeles Film Festival, where the coming-of-age film won the special Jury Prize in the World Fiction Competition. South African actress Fulu Mugovhani stars as the title character, a 21-year-old entrepreneur who inherits a garage from her late father and struggles to revive it in Johannesburg’s Pan-African district, Yeoville.

Out of My Hand, which debuted at this year’s Berlin International Film Festival, follows Cisco (Bishop Blay,) a Liberian rubber plantation worker who leaves his family and country to escape severe working conditions, failed unionization and corporate corruption. His difficult migration to New York City ultimately forces him to face his sense of isolation and belonging.

“Ayanda and Out of My Hand are films that represent the breadth and width of diverse filmmaking. A drama dissecting love in all forms directed by a South African woman and a story of migration and masculinity directed by a Harlem-based Japanese man, both starring all-black casts, prove to be a powerful duo,” explains Array’s Executive Director Tilane Jones in a press release. “These are the varied visions and voices that Array celebrates and amplifies through our releases. We’re thrilled to showcase these films together for film lovers who appreciate distinct, robust storytelling from underrepresented perspectives.”

To learn more about Ayanda and Out of My Hand and their theatrical releases, see the full list below and visit the official Array website.

Opening week theatrical releases for Ayanda and Out of My Hand:

Out of My Hand