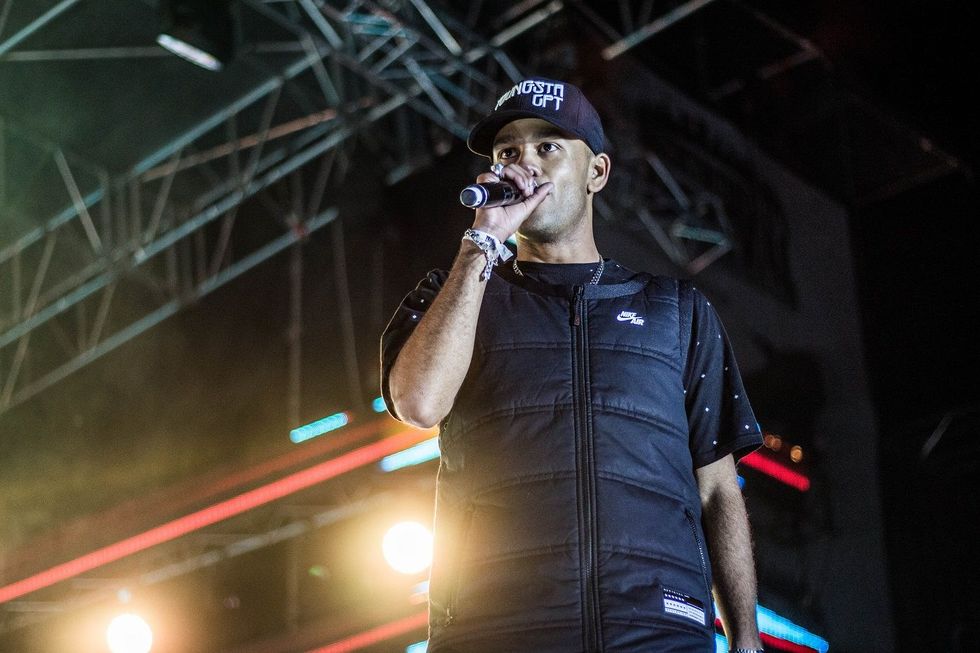 These are the best South African hip-hop verses to come out this year so far.

There’s more to a rap song than who had the best verse, but the genre will always be competitive—and that’s partly what makes it interesting.

South Africa has a great range of potent lyricists, and it's always a pleasure hearing them sparring on tracks.

In the spirit of competition, our list of the best South African rap verses of 2017 so far only contains songs that have more than one rapper in them.

From the lyrical gymnastics of Youngsta CPT on Chad Da Don’s “F U,” the emotive poetry of Skye Wanda on Beast’s “Rock Bottom,” to the impressive delivery of MarazA on DJ Dimplez’ “Usabani,” check out our choices below.

These are the Best South African Rap Verses of 2017 So Far below, listed  in no particular order.

This is just another day in the office for Cape Town rapper YoungstaCPT. Proving once again that, once he’s on your song, it’s no longer your song. His verse on Chad Da Don’s “F U” steals the show with metaphors, similes and punchlines that all conflate to make a vicious verse. He’s one of the most original rappers in South Africa right now, owning his Cape Coloured accent every time he raps: “You and the money deserve each other, you counterfeit/ I’m shaking hands with crime lords and I’m proud of it/ This accent is mine, I don’t fabricate it/ You comment on it and you get your leg amputated.”

Revisit our interview with YoungstaCPT here.

Ginger Trill on Reason “The Girl Upstairs (The Blessed Girl)”

Ginger Trill makes sure he doesn't waste a second on his verse on Reason’s “The Girl Upstairs (The Blessed Girl).” He plays around with words like it’s not a thing. He uses the word “curve” thrice on the verse, and each time it has a different meaning. His wordplay is subtle and an inattentive listener can easily miss it. For instance when he raps, “No church every weekend, just Kong on a Sunday, she blessed,” when he’s talking about being “blessed,” he’s referring to the woman having a sugar daddy, when he has just said she doesn’t go to church, which creates a tongue-in-cheek irony. And then he goes on to make an inside joke when he says “She used to be a queen till she lost her faith,” which is a play on words on Queen Twerk whose real name is Faith. Ginger Trill is not of this world.

Black Thought’s verse on “Ngiyekeleni” is way too cold. You can tell Cassper Nyovest wrote his second verse after hearing what Thought had done. His first verse was just aight. But on his second, he came back hard, taking off where Thought left off with a similar flow. He spits solid lines like this one with a high-precision flow: “My mama used to work the day shift/ And her employer was a racist/ And now I'm looking at my pay slip/ My life's a perfect Mother's Day gift.”

MarazA is a monster. He’s been on a winning streak since he showed up about 10 years ago and has managed to change with the game. On his verse on DJ Dimplez’s “Usabani,” he deploys a melodic delivery, but unlike most rappers who spit that way, he keeps his delivery dynamic. He packs his lines with the right amount of words, instead of cheating by stretching them like most rappers who sing do. And the result is a solid verse with varied flows and one that shows that being new school also requires skill. Don’t sleep on the lyricism on here, too, which is not so complex, but is yet impressive: “Bathi ng’saba ng’sabani? Mina ng’saba 'bangani/Lendlela inameva mina ngiy’hambile, ang’sabi s’hlabani.” MarazA is making sure vernacular rappers who can actually rap remain relevant in the trap era.

Here's another verse that excels in the delivery department. Rouge sings the first two lines of her verse on Ms Cosmo’s “Connect.” She then transitions effortlessly into a fast-paced flow that displays impressive breath control, and reveals an emcee who’s in full control of her dynamics—she delivers her verse with conviction and her flow is intact. And she comes out victorious among two of South Africa’s most respected lyricists, Nasty C and Kwesta.

On the opening track of Beast's project, Rock Bottom, Skye Wanda spits one of the best verses of the year that not many hip-hop heads are talking about. She looks back at how far she has come in the game—reflects on circumstances with the eloquence she has always displayed in her rhymes. Her verse is sincere, with heartfelt rhymes that show her vulnerability but she isn’t whining: “Rock bottom had me wearing a size 30 waiting tables at Pavilion/ Daily prayers led me to a haven of complacency/ I just nestled on insufficiency/ Mind infested with self loathe crying out to the Holy Ghost/ Rock bottom is the catalyst of finding God/ He said, ‘how will I exhibit my power if it isn’t tested?” And she also murders the chorus, too.

Kid Tini on “Hold It Down” by Blaklez

Kid Tini makes it look easy. At 18, the emcee has skills rappers 10 years his senior can only dream of. On “Hold It Down,” he gives respected lyricists like Blaklez, Ras, Pdot O and more, a run for their money with impressive lines like: “I keep it a thousan’, I been a G/ Type of living – enemy and memory/ I’m collecting notes without a melody.” Impressive how he uses the synonyms “thousan’” and“G” on the first line. He sounds relaxed and at home, punctuating his lines with pauses where necessary. It’s amazing how he uses the fewest words possible, but still manages to say compelling things. More from Tini, please.

On his verse on Big Star’s “Flavors,” Reason blends autotuned singing and proper rapping effortlessly. Apart from skillful rhyme construction, the rapper gives his side of the story on him leaving Motif Records—the label run by rapper Tumi Molekane. In true Reason style, he leaves no stone unturned, and lays it bare for his curious fans:

“What happened with Tumi is the same thing that's happening to me/ We went and got boujee/ We went from the Js and the Timbs/ To wanting that Gucci, Armani profusely/ To signing my own cheques on my own desk/ But the difference is crucial/ The niggas I move with the niggas I grew and I blew with/ The niggas he roll with/ was tryna take food from the people I cook and I chew with/ And that's just some true shit….” Like, the whole verse is a quotable.

For more, revisit our list of The Best South African Hip-Hop Songs of 2017 So Far.