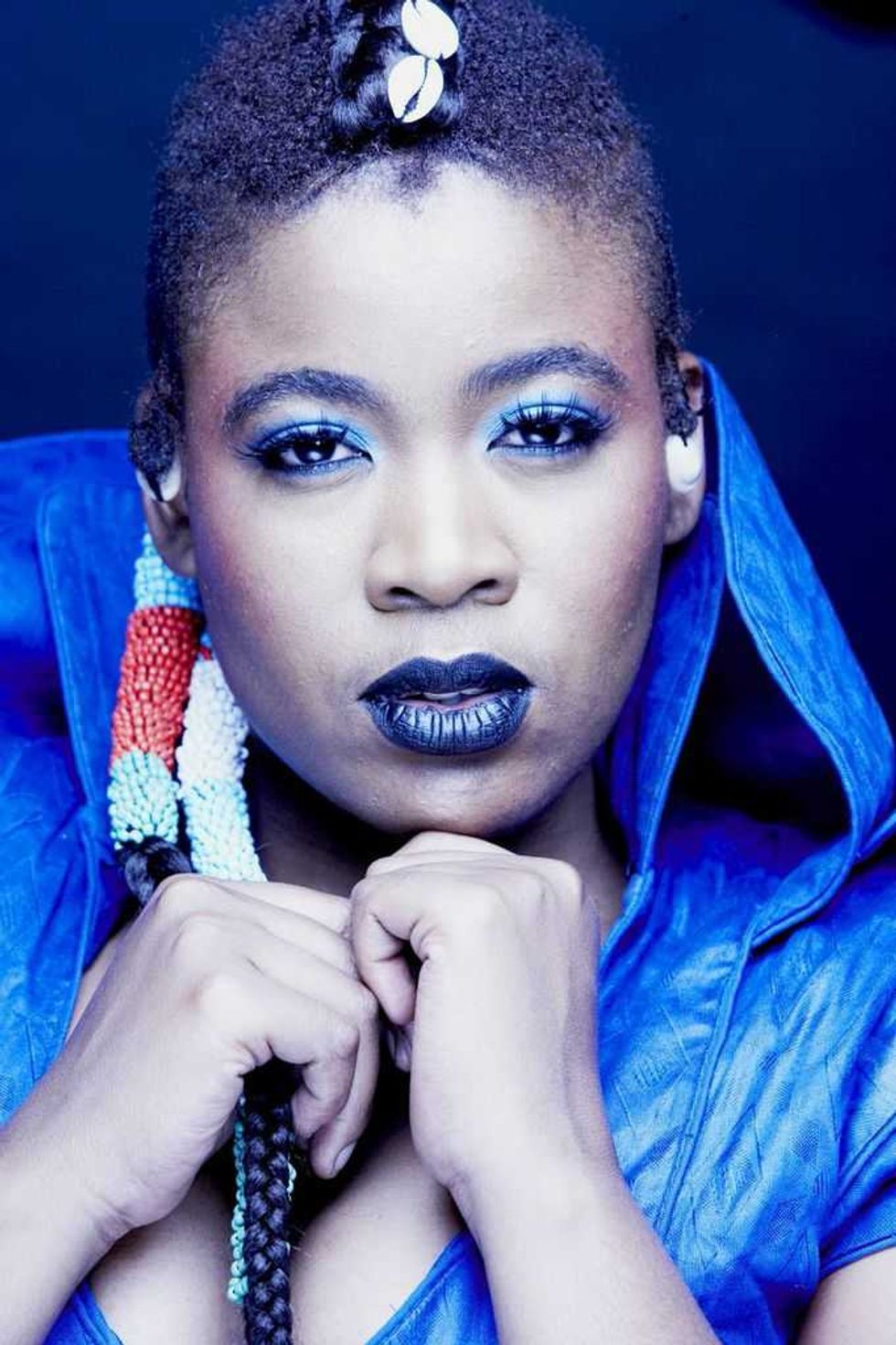 In 2012, the Cape Town World Music Festival brought a new flavour to the music scene of the Mother City that was a much needed break from the norm. With lineups that are some of the most diverse the city has ever seen, everyone can engage and find something to satisfy whatever taste they might crave. From South African acts ranging from the legendary Madala Kunene, to the electronic sounds of Okmalumkoolkat Live and indie-house collaborators Beatenberg and DJ Clock, and the return of performance art band favourites The Brother Moves On, along with internationals such as China's Jam You and Mynabirds Solo (aka Laura Burhenn) from the US, the festival is a mixed bag for all who attend. This weekend will see the Cape Town City Hall light up with twenty performers across three stages, alongside two days of reimagined workshops all with an illuminating Festival of Light theme. We had a quick chat with Malian electric blues virtuoso Vieux Farka Touré and South African songstress Thandiswa Mazwai in the lead up to their shows to find out what it is we can all look forward to...

Shiba for OKA: There are so many sounds set to feature at the CTWMF. What do you feel you’ll be bringing to the table for your performance this year, and what can we expect from you for the rest of the year musically?

Vieux Farka Touré: I am coming to South Africa with my power rock trio. The style we play is strong blues and rock from the Sahara desert, mixed with some American styles like funk and soul. I love to play in the rock trio format. It is very liberating. For the rest of the year I am doing some collaborations that I cannot mention publicly yet, and also my group with Idan Raichel 'The Touré-Raichel Collective' is releasing our new album in September and we will be touring in November. I am looking forward to that.

Thandiswa Mazwai: Well I always play the music differently, sometimes with a jazz band or a funk band, sometimes with only percussion and voice. I have also played it with some punk guys. I like to experiment. This time I am playing with a small three-piece (drums, bass and electric guitar). It's hard to say what I am bringing. It's music, some new, some old, some covers. I will be playing with my all-woman-band which cape town has not seen. For the rest of the year I am recording new music, hoping to have something out by early next year. Genre-bending.

OKA: You’ve been travelling worldwide to share your music, and from what I understand you started out practicing the guitar in secret. When you think back to those days, how do you feel about how far you’ve come?

VFT: I feel very happy that I was stubborn about my dreams and I worked hard to prove myself to everyone instead of letting myself be influenced by the pressures around me. I am proud to be a musician representing Mali all over the world.

OKA: Thandiswa, you commented recently on how much you’ve changed since your beginnings. How has your music influenced you over the years, as well as reflected those changes?

TM: I have always been very uncertain of myself (I know this is hard to believe but it's true) and I think finding music has made me a little less afraid to put myself out there and try new things.

OKA: You recently also had #mentorMondays on Twitter where you answered some questions from followers regarding the music scene -- a lovely way to stay in touch with your listeners. How do you keep yourself grounded enough to do this after all of the fame and madness that you’ve been through? How do you make sure who you are stays intact?

TM: I have never believed any of the hype about my work and I think this has kept me grounded. As an artist I have always felt that my gift was something I could not control and so could never take the credit for it. This, I think has helped keep my ego in check. Reminding me that I am just a conduit. Another thing that has been priceless for me has been the advice of older musicians such as my dear friends Hugh Masekela and the now late Busi Mhlongo.

OKA: What would you say the Mali music scene has musically, that no other country can quite match?

VFT: Diversity. There is so so much diversity of musical styles and talents in Mali, it is unlike any place in the world. There are dozens of different styles amongst the different ethnic groups that can be so different but they all come together to create the beautiful stew of Mali music, and there are so many talented musicians playing all of these styles. That is what makes Mali special when we are talking about musical traditions from all over the world!