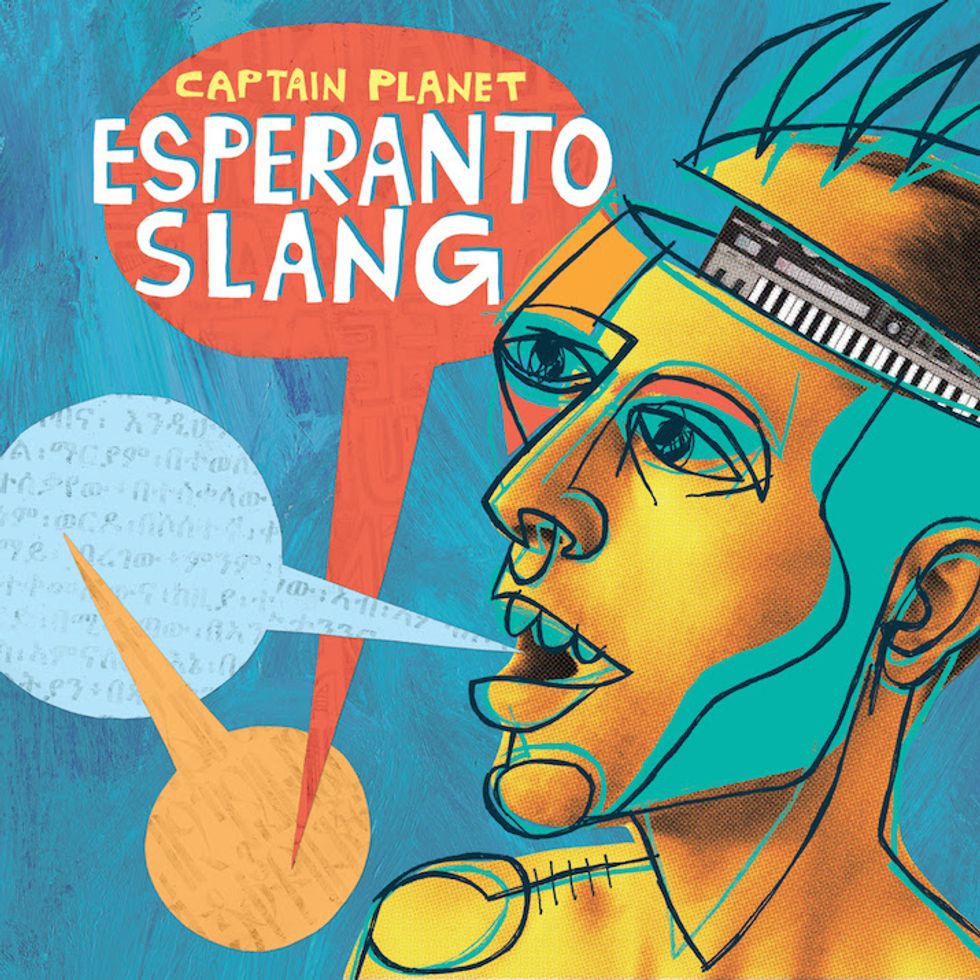 Charlie B. Wilder is the bicoastal "Gumbo Funk" producer behind the mask of Captain Planet. All summer he's been readying the release of his sophomore album Esperanto Slang with a string of infectious singles, including the Latin-influenced “Un Poquito Mas," the reggae-infused summertime anthem "In The Gray," and most recently Brazilian Samba Funk on "Tudo De Bom." The album comes as a follow-up to the 2012 Mystery Trip Vol. 1 mixtape, which he crafted out of a batch of vinyl samples from around the world. On his latest, a twelve-track offering of beats and dance music, Captain joins with a team of collaborators across the globe, like Sudanese songstress Alsarah (from Alsarah + the Nubatones), Antibalas' Chico Mann, Brazilian vocalist Samira Winter, Sao Paulo guitarist Nevilton, and Berlin-based Latin rapper Paco Mendoza. Esperanto Slang, which you can stream in full below, is out today on Bastard Jazz and can be purchased  here. Join Captain Planet 10/17 in NYC for his album release party as a part of Okayafrica Electrafrique (in collaboration with I’ll House You and Bastard Jazz), with Oscar P and DJ Underdog.