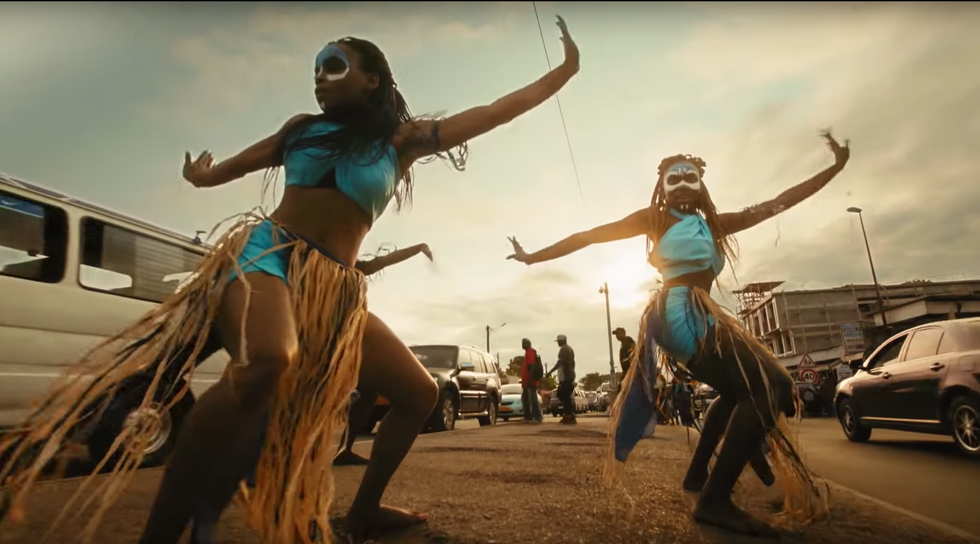 French Cameroonian producer James BKS is the first artist signed to Idris Elba's new record label 7 Wallace. Our first reaction to "Kwele," his first single, is that it's a nice addition to that genre of placelessglobal pop associated with international sporting events. So it makes perfect sense that James BKS, with his father the legendary artist behind Soul Makossa, Manu Dibango, previously collaborated on a song for the Rio Olympics.

A highlight of the track is the vocal contribution from one of our favorite oddball rappers, Allan Kingdom, the singer behind the hair-raising hook for Kanye's "All Day." Probably the best part of the song, however, is the outro—a funky saxophone groove from Dibango—that serves as a welcome reminder of what music can be when it isn't aimed at a generic global audience.

Oddly, credit for the main female vocalist Mai Lan is almost entirely missing. You have to dig into the fine print, where she's credited as a co-composer, to figure it out. (edit: PR for 7 Wallace says that the decision not to be credited came from the singer and not James BKS. According to Mai Lan's manager, "It was a management choice that the lead vocalist is not credited.")

Check out the video below and come tell us what you think on Facebook.