A 'Coming to America' Sequel Is Currently In Development 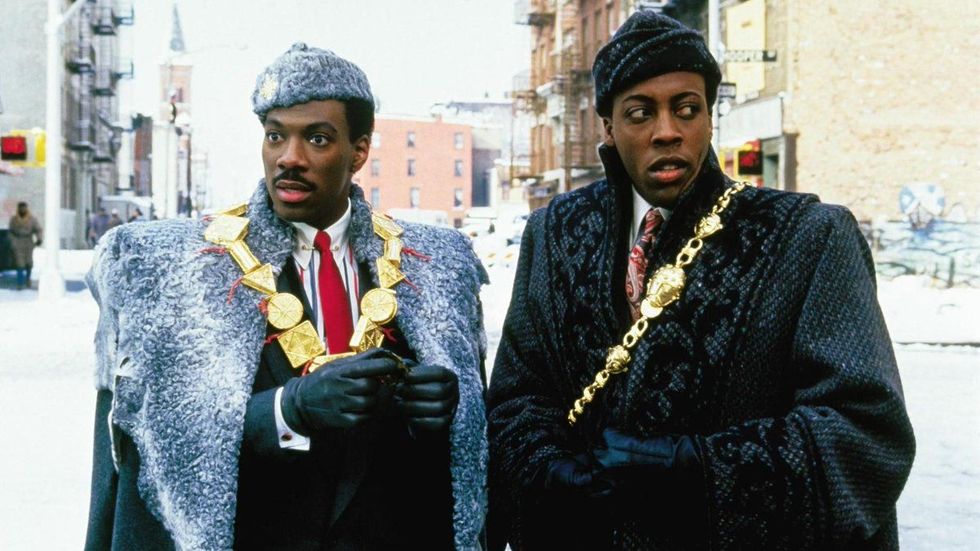 A sequel to Eddie Murphy's "Coming to America" is currently in development.

Eddie Murphy caused quite the frenzy a few weeks back when an account in his name, sent out a tweet asking followers if they wanted a sequel of his 1988 classic Coming to America.

It was later confirmed, via his daughter's Instagram, that he didn't even know he had a Twitter account, and the page was deleted soon after. The ordeal pretty much quashed all hopes of a possible sequel.

Or so we thought.

Entertainment Weekly is now reporting that Paramount Pictures is currently developing Coming to America 2, and they've commissioned the film's original writers Barry Blaustein and David Sheffield to pen it.

There's no word yet, as to whether or not Murphy will reprise his role as the endearing Prince Akeem Joffer of Zamunda, or if any of the original cast members: James Earl Jones, Shari Headley and Arsenio Hall—to name a few—will appear in the film.

The fact that Murphy hasn't yet been confirmed isn't sitting well with everyone. Some are skeptical about how the film will be executed.

They're doing a Coming to America sequel and Eddie Murphy isn't even confirmed to be involved 🤔 pic.twitter.com/w1a2ElWJBI

Idk how I feel about the rumored Coming to America sequel

They're making another coming to America..I'm not feeling that idea

Others seem genuinely excited about the news, it appears that some folks have been waiting for this moment for their entire lives.

In honor of Coming To America 2. I'm officially submitting my name for the role of Prince Akeem jr. 😂 pic.twitter.com/ScuNQ944bB

Both positions are valid—a Coming to America sequel could either be insanely good or uncomfortably bad. Either way, our curiosity has piqued.