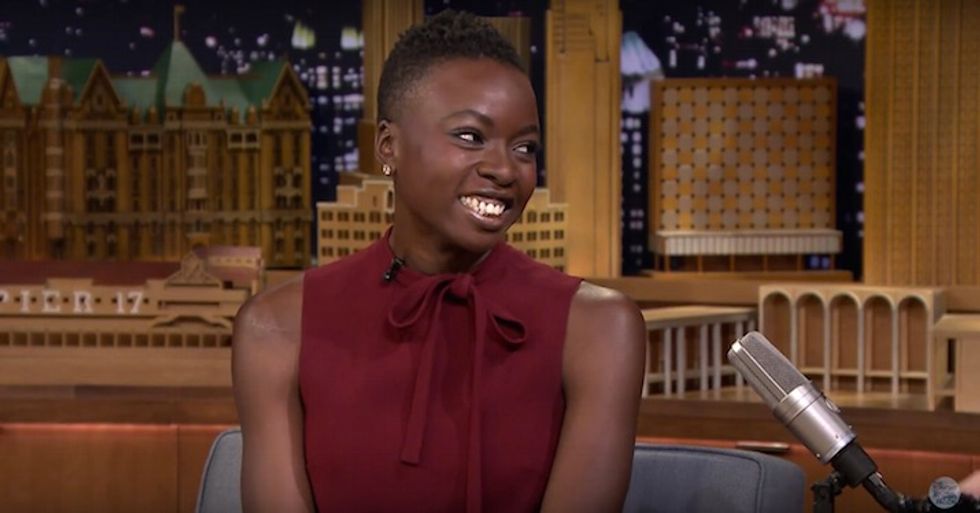 “Christmas is actually really big in Zimbabwe,” Danai Gurira said on last night’s Tonight Show. “They have a lot of British influences. A lot of it was very very similar. They call it Father Christmas. Though I think now they call it Santa, but back then it was Father Christmas.”

The Zimbabwean-American actress and playwright sat down with Jimmy Fallon on Tuesday to chat about her experiences growing up in Harare.

“You’re from Iowa?” Fallon asked. Sort of, the 37-year-old actress said. It’s where her mother gave birth to her. When she was five, Gurira and her family moved to Zimbabwe, where her parents are from. A lot of people were moving back after independence, she explained. “Let’s go back and sort of invest in the new nation and bring our children home to be raised there, so that’s what my parents did,” she said.

2015 has been a monumental year for Gurira. On Saturday, the actress was honored as "Person of the Year" at the African Diaspora Awards in New York City. On top of starring as Michonne in The Walking Dead, Eclipsed, the Liberian civil war drama Gurira penned in 2009, debuted at New York’s Public Theater with Lupita Nyong’o in the lead. In February, the play will head to Broadway.

In the second of the videos below, Gurira sheds some light on how Nyong'o came to star in the Public Theater's–and soon Broadway–production of Eclipsed.